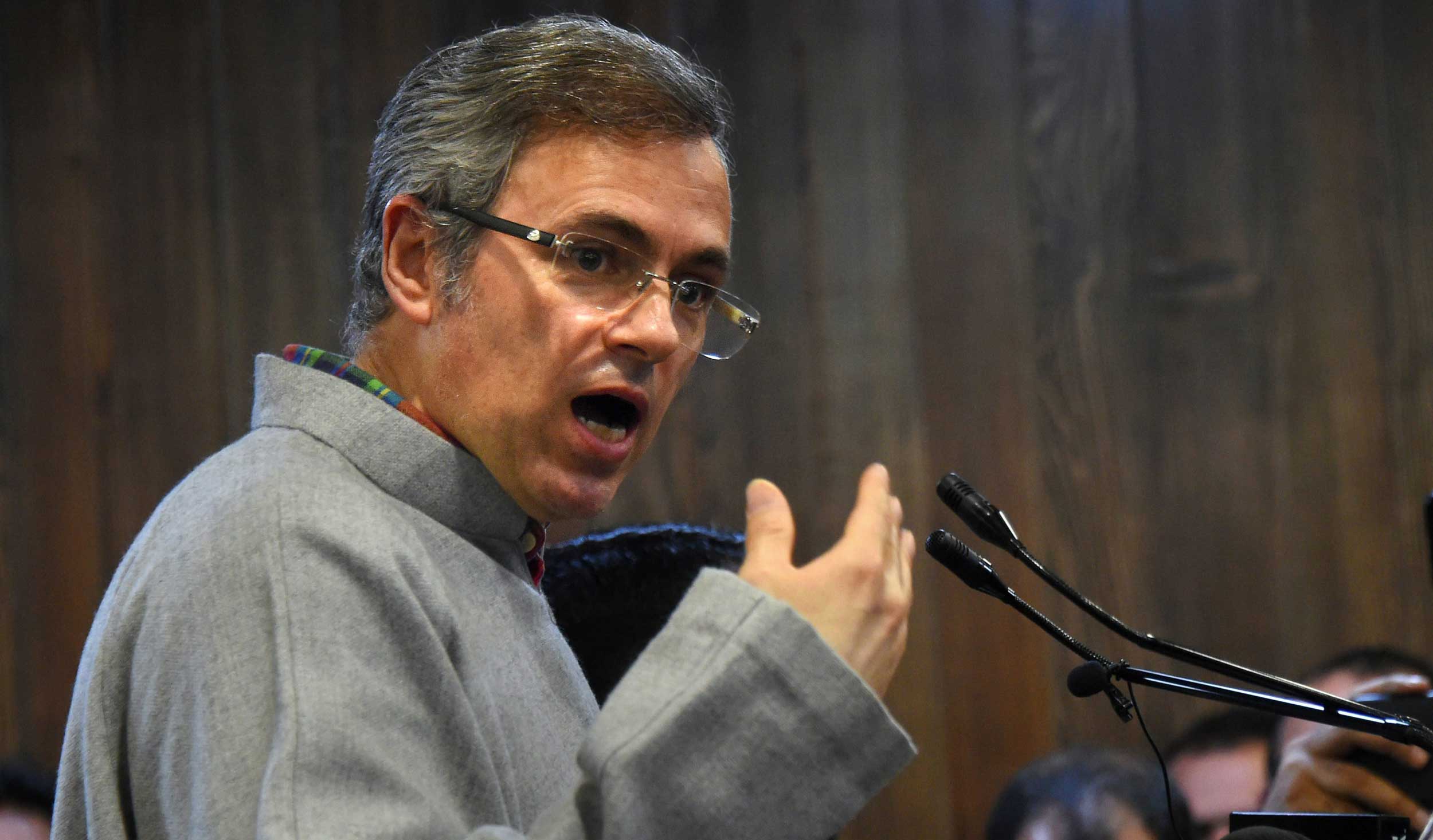 The Valley’s chief mainstream parties — the National Conference (NC) and the People’s Democratic Party (PDP) — are sensing a gradual but deliberate gear shift by the Centre to outflank them.

The manoeuvres, they warn, could create a “more alarming political vacuum” in the Valley than already exists.

“We have been holding up the national flag in Kashmir and paid a heavy price for it,” senior NC leader and former minister Nasir Sogami told The Telegraph. “But now clearly the Centre seems to be pushing us to the wall by consistently discrediting us. Their strategy is bewildering and dangerous.”

Some believe this could be tied in with the oft-articulated wish of the BJP establishment to rid the Valley of political dominance by the Abdullah and Mufti clans and create a “third front” comprising motley groups such as the one led by Sajad Lone of the People’s Conference.

“Even though he tied up with the PDP, Prime Minister Narendra Modi has repeatedly spoken of removing the baap-bete ki sarkar (NC) and the baap-beti ki sarkar (PDP),” said a veteran political observer of Kashmiri politics. “It has also been clear lately that Valley elements such as Sajad Lone are willing to play ball with the BJP if they are handed their pound of flesh.”

Mainstream Valley parties have long been at the wrong end of public ire. Voter trust has been plunging, street anger rising. Faced with rejection for “collaborating” with Delhi and the armed forces, they have often found it tough to step out and campaign.

Sogami was speaking particularly in the light of recent statements by governor Satya Pal Malik in which he likened mainstream parties to terrorist and militant outfits.

“Often there seems very little difference between their statements and the language of terror and militant outfits,” Malik had said on a trip to Ajmer last week. “There should be some difference between what mainstream leaders say and what these outfits say.”

Both the NC and the PDP have been governing parties in Jammu and Kashmir and are palpably irked by comparisons to terrorist or militant outfits.

“If the Centre is likening us to them, what is the hope in Kashmir?” asked PDP spokesperson and former minister in the PDP-BJP coalition, Naeem Akhtar.

“For the first time in my life, I have to say we have been rendered completely clueless and fearful of what is happening. There is not even the sense of fake hope. On the contrary, there is a sense of real fear. We are being boxed in, a new three-nation theory is sought to be imposed with these walls being built between Jammu and Ladakh and Kashmir. Kashmiris are being suffocated in this space. Where will we go?”

Former chief minister and NC leader Omar Abdullah expressed similar concerns as he gears up for Assembly elections that might be just a few weeks away. “The space for us has been shrinking, what do we tell the people? Delhi often treats us like we are traitors; our people often take us for turncoats who have done Delhi’s bidding. Where do we go? And if the mainstream here gets discredited, what are you looking at?” Omar said during a conversation with The Telegraph.

All the J&K parties, the Congress and the BJP included, have told the Election Commission that they would give assent to the Assembly elections being held along with this summer’s Lok Sabha polls. But given the security imperatives, especially in the strife-torn Valley, they remain unsure if the state elections will be conducted simultaneously.

When the campaign does get off the ground, the mainstream parties will have to ponder hard on what position to take. The sword positioned over the future of Article 370 and Article 35A of the Constitution has nibbled away at their credibility. As has the Centre’s recent decision to amend provisions in Article 35A on the recommendation of the governor but without the consent of an elected government.

“So far we have been able to take people along by arguing that they have constitutional guarantees of a special place and we are here to protect them,” said Sogami.

“But the way they are chipping away at these positions and constantly holding out a political threat to Article 370 has made our position among the people more untenable. Earlier we had the Centre to back us, now the Centre seems to be pushing us to the wall. The trick is, the more we protest at these dilutions, the more we demand rights as Kashmiris, the more they will paint us as anti-nationals.”

It’s of no less concern to members of the mainstream parties that the administration recently decided to remove security cover for more than 150 among their ranks and downgraded protection for several others.

“Politically, our ground is being shrunk,” complained one senior NC leader. “Physically we are being thrown to the wolves.”

Funerals dull fear of war in the Valley