They were identified as Richard Mandal, 30, of Calcutta and Upendra Singh, 37, from Purola in Uttarkashi, district disaster management officer Devendra Patwal said 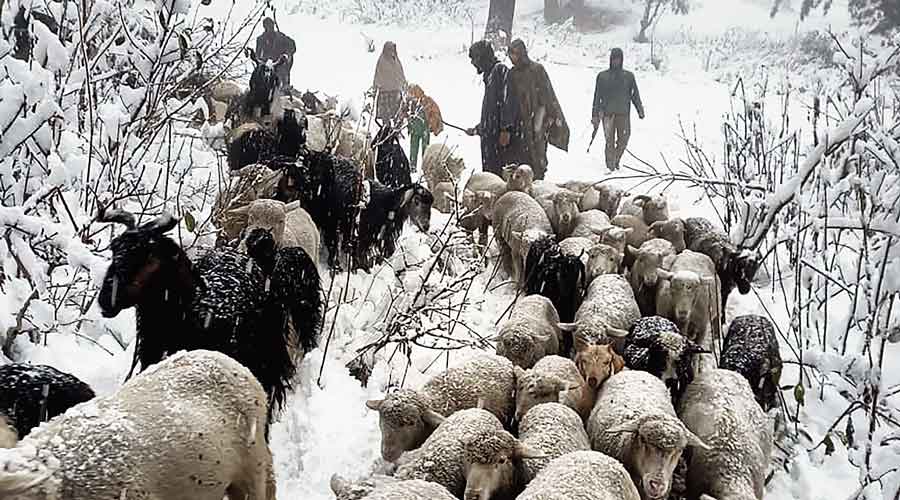 The bodies of two more trekkers of an 11-member team that had gone missing in rain-wracked Uttarakhand were recovered on Saturday by ITBP personnel from near the Himachal Pradesh border.

They were identified as Richard Mandal, 30, of Calcutta and Upendra Singh, 37, from Purola in Uttarkashi, district disaster management officer Devendra Patwal said.

The bodies found near the Lamkhaga pass are being brought to Sangla from where they will be taken to Uttarkashi, district magistrate Mayur Dikshit said. The bodies had been spotted on Friday but could be recovered after rescue operations resumed on Saturday, he added.

The bodies of five more trekkers had been brought down on Friday. Two are still missing while two surviving members of the team that was bound for Chitkul via Harsil are under treatment in Harsil and Uttarkashi.

The search operation for the missing trekkers has been halted due to bad weather at a height of 12,000ft, DM Dikshit said, adding that it would be resumed as soon as the weather permits.

The missing have been identified as Calcutta resident Suken Manjhi, 43, and Purola resident Gyan Chand, 33.