The road project is a 899km long highway connecting four shrines of Gangotri, Yamunotri, Kedarnath and Badrinath in the Himalayas 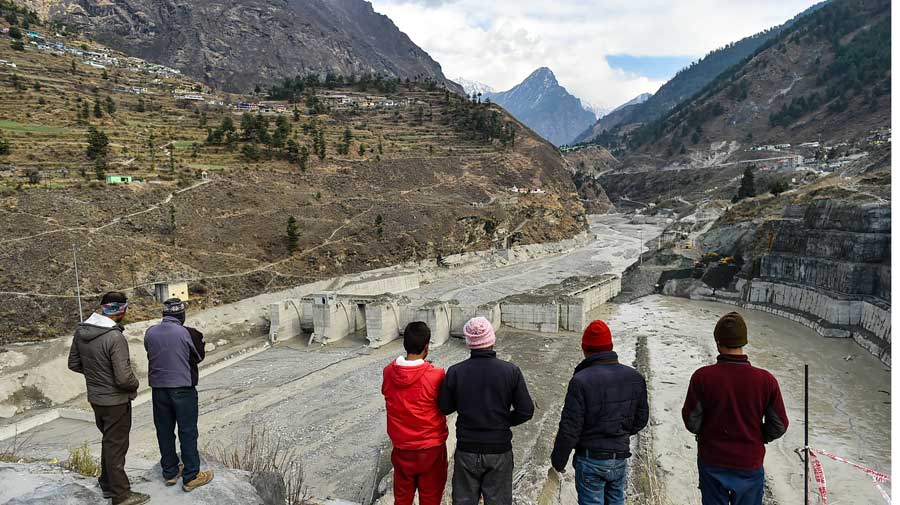 People watch the rescue and restoration work at damaged Tapovan barrage in Chamoli district of Uttarakhand on Wednesday.
PTI
Our Legal Correspondent   |   New Delhi   |   Published 18.02.21, 01:14 AM

The Centre on Wednesday pleaded in the Supreme Court that construction of the Char Dham Road project had no co-relation with the recent glacier burst in Uttarakhand’s Chamoli district.

Appearing for the Centre, attorney-general K.K. Venugopal rebutted the claim of Ravi Chopra, chairman of a high-powered committee, that the recent calamity was a fallout of the ongoing construction of the Char Dham project.

The court has adjourned the matter by two weeks to enable the government to file its comprehensive response.

Char Dham road project is a 899km-long highway project connecting the four shrines of Gangotri, Yamunotri, Kedarnath and Badrinath in the Himalayas.

The project is now under the scanner of the Supreme Court over environmental concerns as it required dismantling a large number of hills and felling of trees.