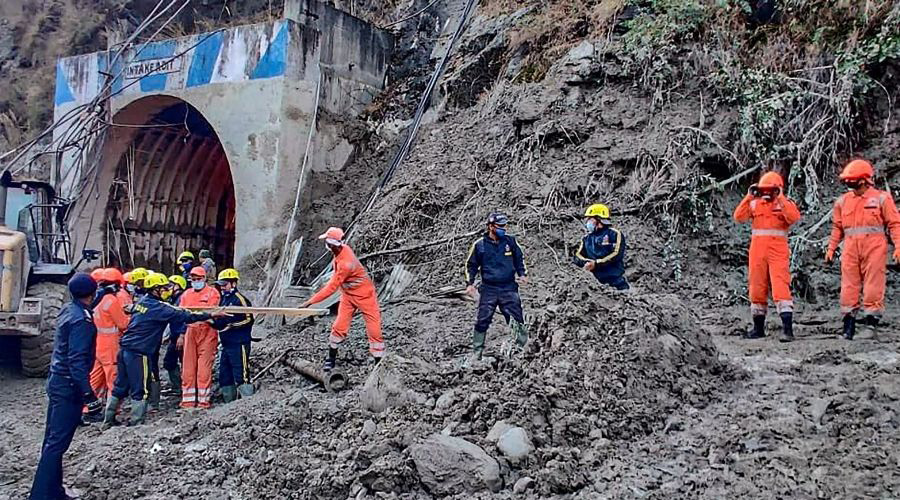 Rescue teams on Sunday recovered 12 more bodies, including five brought out from the sludge-choked Tapovan power project tunnel where about 30 people were feared trapped after the flash flood in Chamoli district of Uttarakhand on February 7.

Six bodies were found from Raini upstream and one from the riverbank in Rudraprayag.  The number of those confirmed dead now stands at 50. Officials said 154 people still remain missing.

Rescuers had so far failed to reach anyone — dead or alive — in the tunnel network at the National Thermal Power Corporation’s 520MW Tapovan-Vishnugad project.