Vinod Arya, hailing from Haridwar, has formerly served as a chairman of the Uttarakhand Mati Board with a state minister's rank 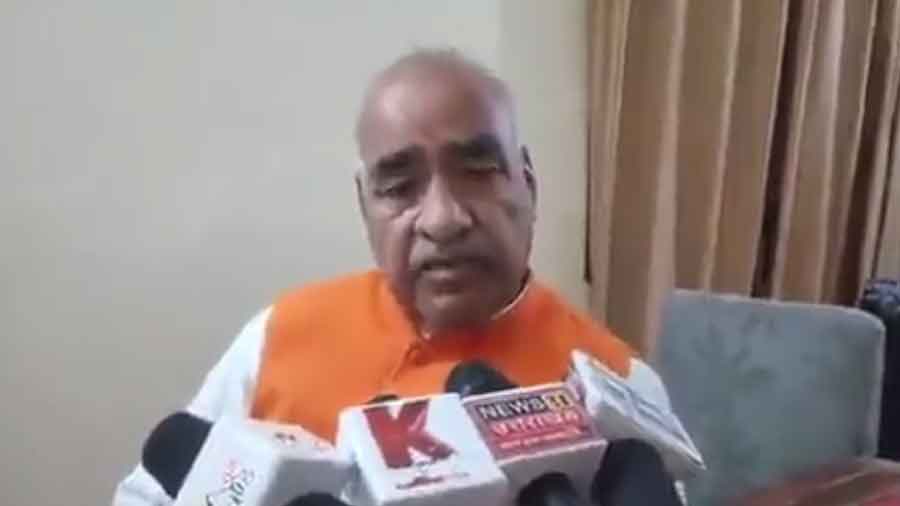 The BJP Saturday expelled Vinod Arya and his son from the party, a day after the leader's another son was arrested in the murder case of a teen receptionist at a resort in Uttarakhand's Pauri.

The brother of the accused was also removed as vice president of the state OBC commission by the government.

Vinod Arya's son Pulkit - who owns the resort in Pauri's Yamkeshwar block -- was arrested Friday along with two employees of the facility for allegedly killing the receptionist, who had been missing for the past few days.

The party's media incharge Manveer Chauhan said on Saturday that action has been taken against Vinod Arya and his son Ankit on the orders of state BJP president Mahendra Bhatt.

Vinod Arya, a party leader from Haridwar, has formerly served as a chairman of the Uttarakhand Mati Board with a state minister's rank.

Chief Minister Pushkar Singh Dhami has ordered an SIT probe into the killing of the girl and assured that the guilty will be brought to book.

Police early Saturday recovered the body of the receptionist from the Cheela canal where the accused had allegedly dumped her.

A post mortem of her body is currently underway at the All India Institute of Medical Sciences, Rishikesh.

The development in the case was shared by Uttarakhand Chief Minister Pushkar Singh Dhami in a tweet, who said he was pained by the incident.

An SIT led by DIG police P Renuka Devi has been set up to conduct a speedy probe into the killing of the 19-year-old woman.

The resort, built illegally in the Yamkeshwar block of Pauri district by the BJP leader's son, was demolished late Friday night, Dhami said.

Those who have committed the heinous crime will not be spared, he said.

Before she was found dead, the girl was reported missing at a revenue police outpost by her parents, after they did not find her in her room on Monday morning.

Meanwhile, a Facebook friend of the 19-year-old receptionist, has reportedly said that his friend was killed because she refused to have sex with guests as demanded by the owner of the resort where she worked.

Reportedly, a friend of hers has now said that she had called him the night she was killed to tell him she was in trouble.

The mob smashed the windowpanes of the car and roughed up the three men. Some women, part of the mob, demanded that the accused must be hanged.

Meanwhile, a pickle factory near the resort owned by Arya caught fire on Saturday, raising doubts whether it was an attempt by the murder accused to destory evidence.

"It may also be an attempt to destroy evidence, Pradesh Congress leader Garima Dhasauni said