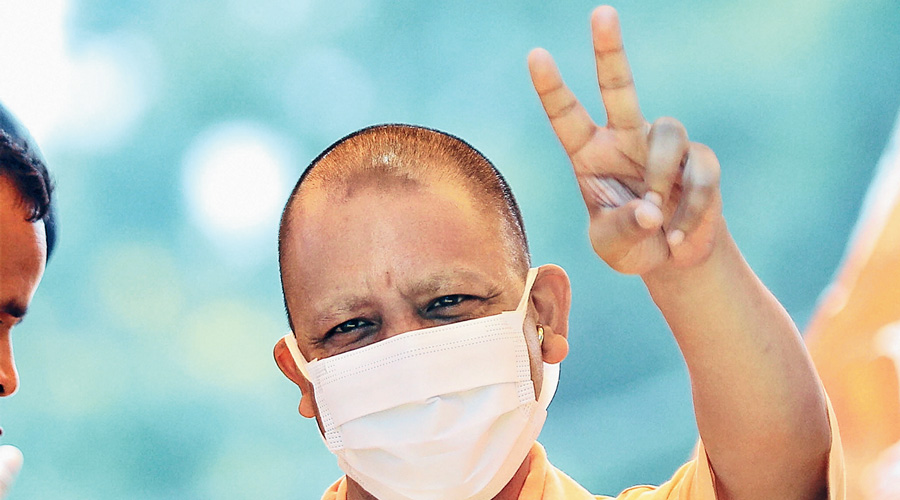 The murder of Brijesh Singh, 52, BJP candidate for Narayanpur village panchayat chief, came in the chief minister’s home district of Gorakhpur, about 10km from his spiritual seat in Gorakhpur city.

Brijesh was returning home to Moglaha on his motorcycle after campaigning daylong for the panchayat polls when he was shot in the head and chest.

His supporters, who were following about half a kilometre behind, took him to the BRD Medical College, where he was declared dead on arrival.

Brijesh, a former panchayat chief of Narayanpur, couldn’t contest in 2016 because it was declared a reserved seat. It has been re-earmarked as a general seat this time.

Senior superintendent of police Dinesh Kumar P said the police were trying to identify the killers and ascertain the motive.

Brijesh’s supporters held a dharna at the gate of the medical college, questioning the law-and-order situation in the state.

“The killers are so confident that they are committing murders in the chief minister’s home district,” one of them, Rajesh Singh, said.

“He (Brijesh) was a powerful leader and campaigned for party candidates in Lok Sabha and Assembly elections. Unfortunately, he wasn’t safe under our own party’s rule.”

Over a dozen Sangh parivar leaders have been murdered in the state during Adityanath’s four-year-old rule. In most cases, the police have denied any political angle and suggested land disputes or illicit love affairs as the motive.

Among the victims were Dayashankar Gupta, 45, BJP divisional vice-president in Tundla town, Firozabad, who was shot dead last October. Seven persons were arrested.

Sanjay Singh Bhadauria, 45, a doctor and the Hindu Yuva Vahini’s district vice-president, who ran a small hospital in Bareilly town, was stabbed to death last September. Two persons were arrested.

Sanjay Khokhar, RSS member and former BJP president of the Baghpat unit, was shot in his agricultural field last August. Six arrests were made.

Kamlesh Tiwari, leader of the Hindu Mahasabha and national president of the Hindu Samaj Party, was assassinated in his Lucknow office in October 2019. Three youths were arrested.