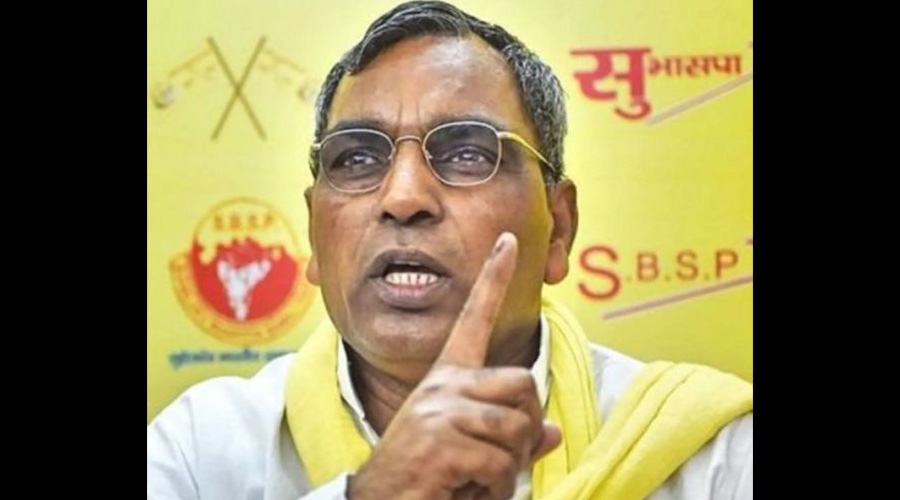 The development comes days after Rajbhar's party broke ranks with the SP and voted for Droupadi Murmu, who was the NDA's candidate in the July 18 presidential election and emerged victorious over her rival and the Opposition's nominee Yashwant Sinha.

In a letter to the additional director general of police (security), Joint Secretary of Home Department Vinay Kumar Singh said it has been decided to extend 'Y' category security to SBSP president and Zahurabad MLA Om Prakash Rajbhar provisionally in anticipation of a decision in this regard, a senior official said.

Singh also asked the ADG to complete the necessary formalities in the matter.

The SBSP had contested the Uttar Pradesh Assembly elections held earlier this year in alliance with the SP. However, the ties between the two allies have been strained of late.

SP president Akhilesh Yadav did not invite Rajbhar to a meeting convened in Lucknow in support of Sinha early this month, while another party ally and Rashtriya Lok Dal chief Jayant Chaudhary attended it.

Later, Rajbhar announced the SBSP would support Murmu but maintained that his six-MLA party was still part of the opposition grouping that fought the Uttar Pradesh Assembly elections together.