UP farmers march to Delhi

Call for loan waivers, cheap power and payment of dues 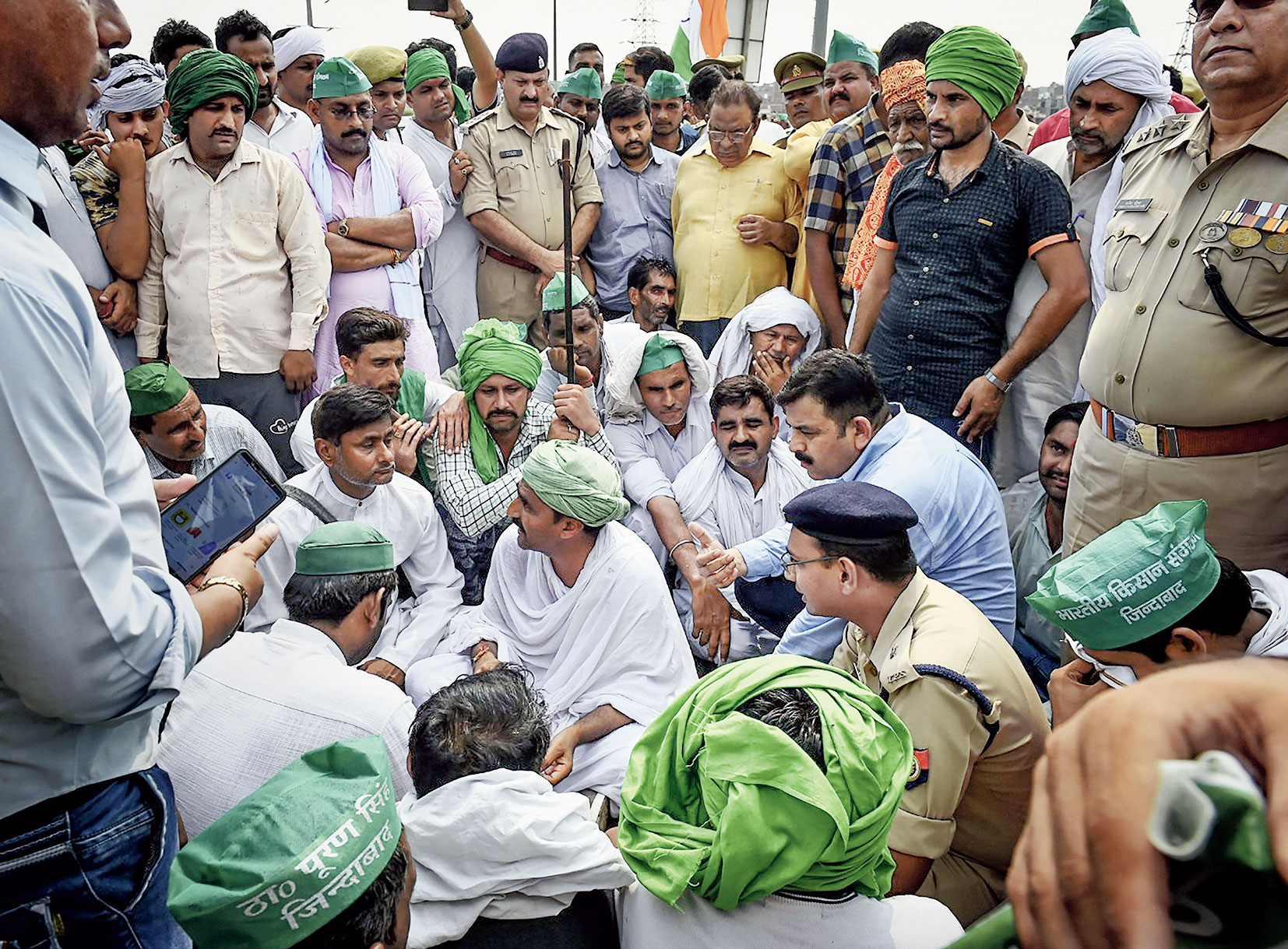 Hundreds of farmers from Uttar Pradesh, marching to Delhi seeking loan waivers, cheap electricity and the payment of their sugarcane dues, were stopped at the inter-state border on Saturday while a delegation was allowed to meet officials at Krishi Bhavan.

The farmers, protesting under the banner of the Bharatiya Kisan Sangathan, squatted on roads as Uttar Pradesh authorities put up barricades on NH9 and NH24 and diverted Delhi-bound traffic.

A large number of security and fire brigade personnel had been deployed and ambulances stationed.

The farmers had started their march from Saharanpur on September 11. After reaching Noida on Friday and holding unsuccessful talks with government representatives, they resolved to march to Kisan Ghat, the memorial to former Prime Minister and farmer leader Chaudhary Charan Singh.

“Traffic is obstructed on both carriageways from Ghazipur Border UP Gate on NH-9, NH-24 towards Nizamuddin due to the rally,” the Delhi traffic police said in the morning.

Alok Kumar, joint commissioner of police (eastern range), said in the afternoon that the protesters had been stopped at the Delhi-Uttar Pradesh border but the traffic situation was normal.

“One delegation has gone to meet officials in the national capital,” Kumar said.

The farmers have 15 demands, including the implementation of the Swaminathan Committee’s recommendations on agricultural reforms, which entails higher minimum support prices.

“Some 2,000 farmers have come from different states,” said Gurpreet Singh, a 24-year-old student and farmer from Muzaffarnagar, Uttar Pradesh.

Ram Kumar, 43, who too had come from Muzaffarnagar, said late in the afternoon that the farmers had been sitting at the inter-state border since 10am.

“We are demanding that the state and central governments give free electricity for irrigation. The farmers must be paid their sugarcane dues along with interest,” he said.

“Farmers and farm labourers must receive a pension of Rs 5,000 a month after the age of 60. There should be a high court and an AIIMS in western Uttar Pradesh.”

He said the delegation meeting officials at Krishi Bhavan had 11 members. “If they (the government) accept our demands, we will discontinue our protest immediately,” Ram Kumar said.

Arun Kumar, a college student accompanying his father from Muzaffarnagar as part of the protest, said the marchers included many young people like him.

“We are from farming families and spent most of our time outside school hours in the field. We want to study further and must get free education and health facilities,” he said. “The government should help the jobless secure employment.”