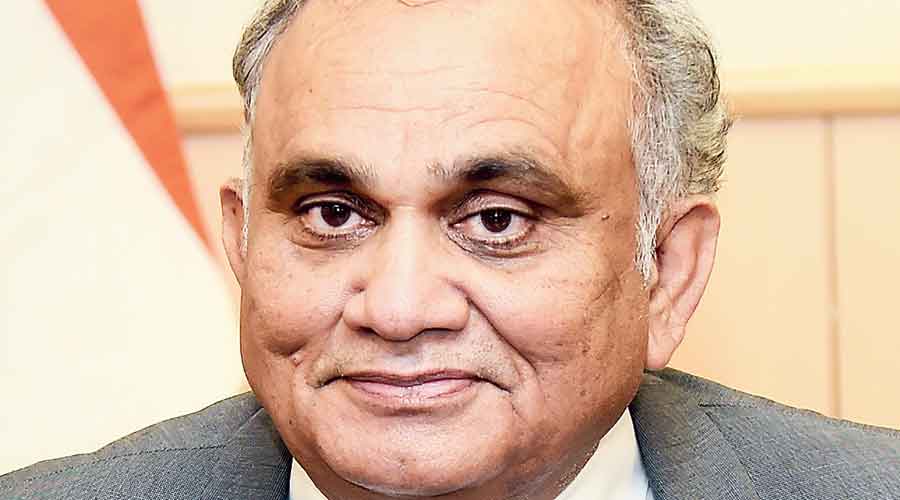 Anup Chandra Pandey, a retired 1984-batch IAS officer from the Uttar Pradesh cadre, has been appointed election commissioner about nine months before Assembly elections are due in the heartland state.

The former Uttar Pradesh chief secretary, under whose supervision Adityanath had implemented a Rs 613-crore cow welfare project in 2018, was adept at reading his political masters’ mind, sources in Lucknow said.

In December 2018, Pandey was working on a vision document for Agra’s development when he suddenly shelved the plan, realising Adityanath didn’t want such a programme for the city of the Taj Mahal, a Mughal monument, the sources said.

While overseeing the cow welfare project, Pandey would hold frequent meetings with district officials to ensure abandoned cows were not left to roam or attacked for destroying crops. Over 100 people were arrested for cow-related crimes in 2018-2019.

However, the 600 cowsheds the state government built under the project became defunct within months because funds were not released after Pandey’s retirement on August 31, 2019.

Pandey, who became chief secretary on June 30, 2018, had served for 37 years in Uttar Pradesh and been posted in one capacity or the other in almost every part of the state.

Political observers suggested Pandey’s choice as election commissioner implied that Modi had begun preparing for next year’s Uttar Pradesh polls, being seen as a political barometer ahead of the 2024 general election.

The state election, due by March, could face the BJP with a tough challenge if the repercussions of the farmers’ agitation and the popular fury over the Covid mismanagement persist.

Pandey, a mechanical engineer and MBA who also has a PhD in ancient history, will fill the slot left vacant by Sushil Chandra, who took over as chief election commissioner on April 12 after the retirement of Sunil Arora.

The other election commissioner is Rajiv Kumar, a retired IAS officer from the Jharkhand cadre.

Chandra will retire in May 2022, after the Uttar Pradesh elections. Pandey, whose term expires on February 15, 2024, is unlikely to become chief election commissioner.

Kumar is next in seniority after Chandra and is likely to succeed him. He will turn 65 in February 2025 and retire after the 2024 Lok Sabha elections. Pandey is a year older than Rajiv Kumar.

Lavasa had expressed dissent over the clean chits the poll panel had given to Modi and Amit Shah when they were accused of violating the model code of conduct during the 2019 general election campaign.

The last chief secretary of a state to be appointed election commissioner was Gujarat’s Achal Kumar Joti in 2015. The 2017 Gujarat polls were conducted on his watch as chief election commissioner, and he faced allegations of ignoring complaints against BJP leaders. Joti retired in 2018.

A source in the central government said: “Pandey had met the Prime Minister several times in the past one year to discuss the Ganga development project in Varanasi and also as member of the National Green Tribunal’s monitoring committee for the Uttar Pradesh chapter.”