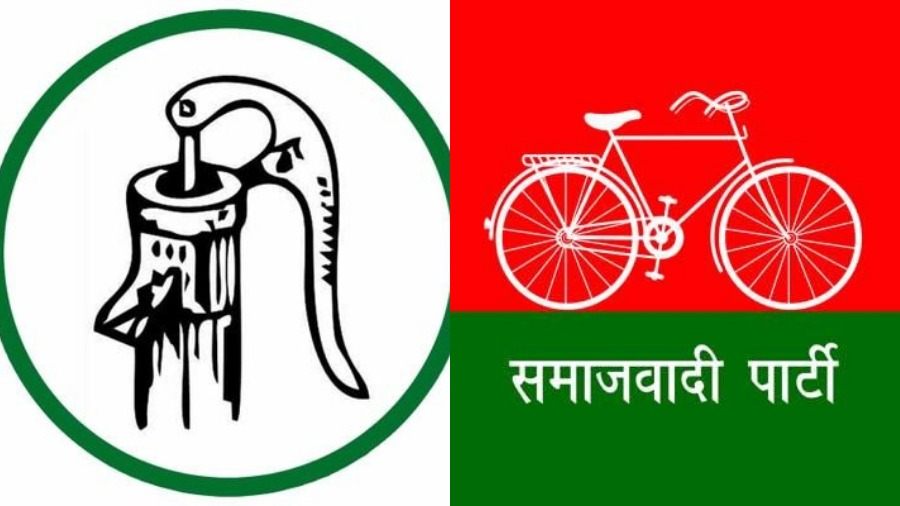 The Rashtriya Lok Dal (RLD) has chosen educated candidates hailing from the constituency and with no criminal background, while partner the Samajwadi Party picked them on their 'winnability' factor as the alliance announced the first list of nominees for the Uttar Pradesh Assembly polls.

The alliance of Akhilesh Yadav's and Jayant Chaudhary's parties, which was stitched last year, on Thursday announced candidates on 29 seats 10 from the SP and 19 from the RLD - in western Uttar Pradesh which will go to polls on February 10.

These seats across districts like Muzaffarnagar, Shamli, Aligarh, Agra, Ghaziabad, Meerut, Hapur, Ghaziabad were largely won by the BJP candidates in the 2017 elections but have now seen a considerable influence of the recent farmers' agitation and changing caste equations.

The criteria for ticket distribution have been a candidate's background. Of the candidates announced by the RLD today, no one has a criminal background. They are all educated and qualified candidates having a good connect with the people of their region. None of our candidate is an outsider. All belong to the assembly seat where they are contesting the election, RLD spokesperson Sandip Chaudhary told PTI.

He added that party leaders have held campaigns and panchayats in recent months which has led the RLD to also take decisions on the basis of public feedback .

Chaudhary also highlighted that the recent agitation of farmers against the four contentious central farm laws, which have now been repealed, have dented the BJP's prospects in Uttar Pradesh, particularly in the western region.

The farmers are unhappy. The Muslim community is also unhappy with the BJP. The people have realised the BJP's false promises and false dreams it had shown to them last time, he claimed.

As the tickets were announced, Samajwadi Party spokesperson Abbas Haider said the alliance of his party and the RLD has a definite influence in western part of Uttar Pradesh.

On distribution of tickets, Haider told PTI, Winnability of a candidate is the first criteria for ticket distribution in the alliance. The party workers are also being kept in mind during the process.

The atmosphere in the region is against the BJP and that is evident as people across sectors have come out in support of the SP-RLD alliance, he claimed.

Of the 29 seats on which the alliance announced candidates Thursday, the Samajwadi Party's Nahid Hasan had won the 2017 polls from Kairana and Rafeeq Ansari from Meerut and the party has repeated both the candidates this time.

Sahender Singh Ramala was the only RLD candidate who won the party a seat in the last elections. He had won from the Chhaprauli seat in Baghpat district, once considered a party stronghold. The 2022 candidate from the seat is yet to be announced.

Of the 29 nominees, Babita Devi of the RLD is the lone woman candidate of the alliance so far. She has been fielded from the Baldev assembly seat which is reserved for Scheduled Caste candidates.