UP loses another OBC minister

This is the eighth exit from the BJP in three days 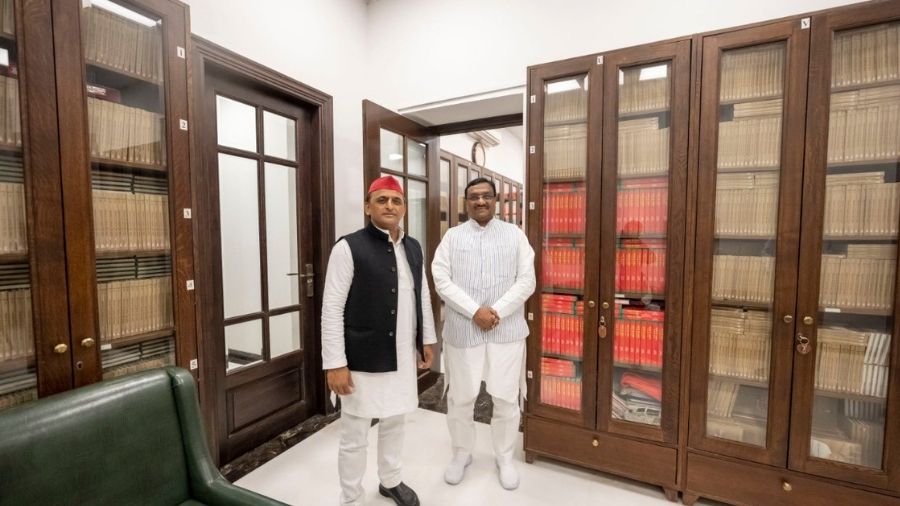 OBC leader Dharam Singh Saini on Thursday became the third minister to quit the Uttar Pradesh cabinet ahead of the upcoming state assembly elections, according to his resignation letter circulating on social media.

Saini, who was the Minister of State (Independent Charge) for Ayush, appeared headed to the Akhilesh Yadav-led Samajwadi Party. Yadav posted on Twitter a picture of himself with Saini, as he had done after OBC leaders Swami Prasad Maurya and Dara Singh Chauhan resigned from the Yogi Adityanath cabinet on Tuesday and Wednesday, respectively.

Eight BJP MLAs, including three ministers, have resigned over the past three days.

In his resignation letter addressed to Governor Anandiben Patel, Saini said he was quitting over the continued neglect of the aspirations of Dalits, backwards, farmers, educated unemployed, and small and mid-level traders who together gave the BJP a sweeping majority in the 2017 Uttar Pradesh Assembly elections.

He claimed the representatives of Dalits and backwards were also being neglected.

Both Maurya and Chauhan had also levelled similar allegations in their resignation letters.

There is no word yet from the Raj Bhavan or the BJP if the resignations have been accepted.

In his tweet, Yadav welcomed Saini into the SP fold.

"With the arrival of Dr Dharam Singh Saini ji, another warrior of social justice, our positive and progressive politics has received more enthusiasm and strength. Greetings and a hearty welcome for him in SP," he tweeted.

A four-time MLA from Nakud in Saharanpur district, Saini is considered close to Maurya.

Earlier in the day, Shikohabad BJP MLA Mukesh Verma resigned from the primary membership of the party. He cited the Uttar Pradesh government's "lack of respect" towards backward classes and Dalits as the reason behind his decision.

Verma, who is also expected to join the SP, said he would continue the "fight for justice" under Maurya.

Avtar Singh Bhadana, Brijesh Kumar Prajapati, Roshan Lal Varma, Bhagwati Sagar and Vinay Shakya are the other five other leaders who quit the BJP in the last 36 hours.

The Uttar Pradesh Assembly polls will be held in seven phases between February 10 and March 7. The counting of votes will be done on March 10.