Opposition works on unity for ‘democracy’ 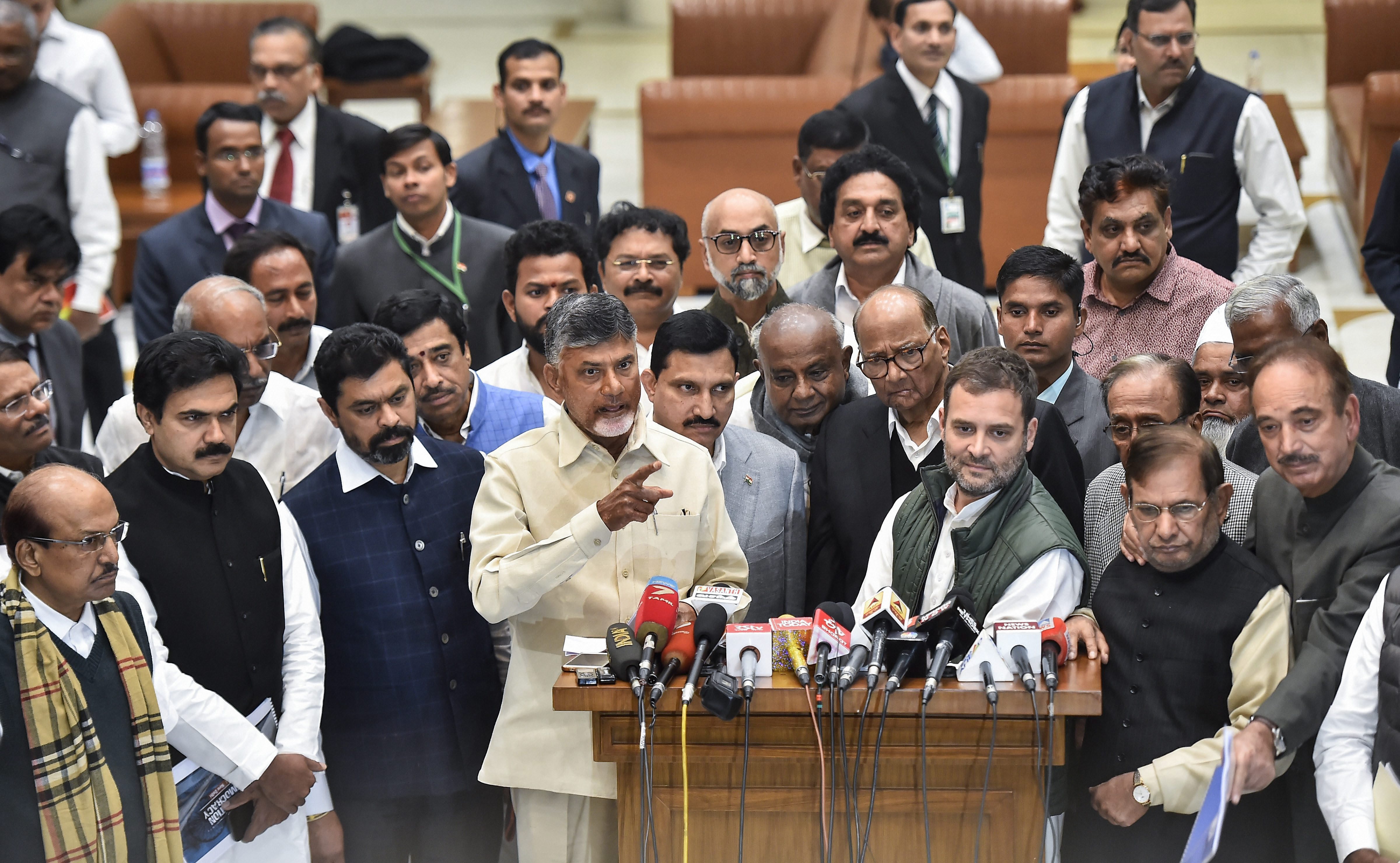 The big two of Uttar Pradesh — BSP and Samajwadi Party — on Monday chose to steer clear of the effort to project Opposition unity against the Modi-Shah duopoly even as Delhi chief minister Arvind Kejriwal engaged with the process to put together a “second front” for the first time.

While the optics of the “second front’’ was quite similar to the much-maligned “third front” with 21 parties, the BJP’s bid to project it as chaos in the offing was overtaken by Urijit Patel’s decision to step down as RBI governor — sending the banking sector into a tailspin and the government into headline management — while the Opposition meeting was on and discussing the damage done to institutions under the Modi regime.

This prompted Bengal chief minister Mamata Banerjee, who was the first to leave owing to a prior appointment, to tell journalists: “We are as it is facing a political emergency with the way the Modi government has been using institutions to attack its political opponents. Now we have a financial emergency in the country.”

The absence of the BSP and the Samajwadi Party was felt — especially since Andhra Pradesh chief minister and Telugu Desam leader N. Chandrababu Naidu had reached out to both party leaders individually — but all present were of the view that efforts to bring them on board should continue, acknowledging the huge pressure being brought on the heartland duo by the BJP to not sign up.

Asked about their absence, Congress president Rahul Gandhi said: “This is a process. As you can see, this process is bringing together everybody and this process is going to be carried out in an open, friendly, respectful manner. The voices in this room are the voices of the Opposition in the country and we respect every single one of them regardless of how big or small they are.’’

Both Naidu and the CPM’s Sitaram Yechury flagged the political compulsions facing each one in the room. Yechury said state-level alliances should be attempted instead of trying for a pre-poll all-India front. Briefing mediapersons later, Naidu said every party had their own political compulsions but “it is a democratic compulsion” to join forces to save democracy.

As always there was some difference of opinion, with Mamata keen on a joint statement and the CPM and even Kejriwal refusing to sign one. Finally it was decided that a note on the meeting would be drafted to be presented by Rahul and Naidu, articulating the concerns and the groundswell that has forced parties that are often opposed to each other to attempt working together in the larger interest of the nation.

The note articulates what India needs: A government that cares for the working class, kisan and khet mazdoor; makes education accessible and affordable to all sections of the people and fulfils the aspirations of the youth for decent and secure jobs that provide fair wages; that empowers the weaker sections of society; that does not propagate falsehoods and does not make bogus claims; that steadfastly follows Constitutional values and conventions in letter and spirit; that respects the autonomy of institutions and will banish the current all-pervasive atmosphere of fear and intimidation; and is committed to faster economic growth which is socially inclusive and environmentally sustainable.