Locked in a fight with BJP in 3 states, December 11 sets the stage for Rahul Gandhi's transformation 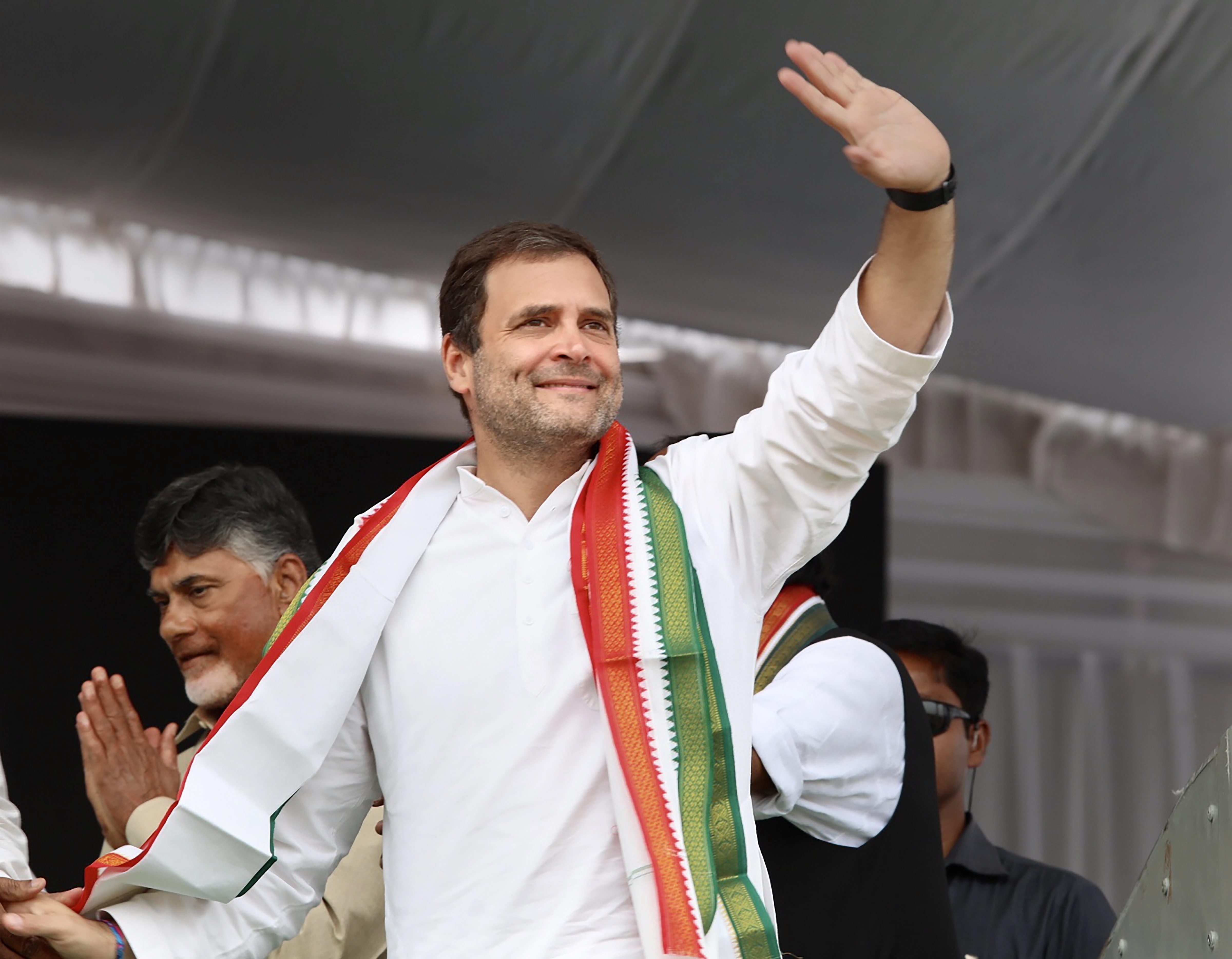 Whether the Congress is on a revival course or not will become sufficiently clear in the afternoon of December 11, the very date and time Rahul Gandhi was declared elected as president of the party a year ago.

The Congress is expected to make gains in four of the five states that went to polls — Madhya Pradesh, Rajasthan, Chhattisgarh and Telangana — while it is struggling to retain power in Mizoram.

Locked in a direct fight with the BJP in Madhya Pradesh, Rajasthan and Chhattisgarh, the Congress leadership will not be satisfied without winning two of the three states.

If the Congress indeed wins two of these three states, it will be reaping the electoral harvest after a year of relentless struggle of its new president who was largely viewed as incapable of resurrecting the crumbling organisation under the extraordinarily hostile circumstances created by the Narendra Modi-Amit Shah political machine.

But Rahul, who had demonstrated exceptional grit by mounting a formidable challenge in Gujarat just before receiving the Congress mantle, restructured the organisation — from booth-level to the high command — and instilled faith in the party that the Modi-led BJP can be fought.

He took the responsibility of dismantling Modi’s larger-than-life political persona upon himself and assigned other leaders the task of repairing the enervated organisational machinery.

Rahul showed foresight in strategy-making by salvaging Karnataka with a bold decision of offering chief minister’s post to the rival JDS. This sacrifice also laid the ground for a larger coalition of Opposition forces as the message of Congress flexibility on the question of leadership encouraged smaller parties to step closer to the “big brother”.

Rahul’s stunning move to embrace the enemy — Chandrababu Naidu — for a larger cause demonstrated his commitment to the primary objective of blocking the Modi-Shah juggernaut.

Rahul also showed the maturity of projecting a collective leadership in Madhya Pradesh, Rajasthan and Chhattisgarh despite the temptation of declaring charismatic leaders available in these states as party’s face. This could have fuelled factionalism and Rahul managed to convince both the veterans and impatient young leaders like Jyotiraditya Scindia and Sachin Pilot to hold their horses.

Having engineered the party machinery for the big battles, he himself launched a blistering attack on the Prime Minister, going to the extreme of declaring Modi as corrupt.

He brutally did what no Opposition leader dared to do, chanting the “chowkidar chor hai” slogan in every rally that generated widespread suspicion about the Rafale fighter aircraft deal. Common people in these states, shocked initially, now merrily sing along with him.

Although the Rafale deal was doubtless not the dominant factor in the elections, Rahul appeared to have demolished perceptions swirling around Modi’s “incorruptibility and invincibility”.

This new backdrop helped the party in convincing the masses that the agrarian distress and rising unemployment were not merely governmental failures but an outcome of Modi’s flawed priorities.

Rahul rattled the Prime Minister by asking him to chant “Nirav Modi ki jai” and “Mehul Choksi ki Jai” and usurped the role of setting the agenda for discourse. The Prime Minister was compelled to offer an ingenious response that largely fell on deaf ears.

DMK president MK Stalin offers a bouquet to Sonia Gandhi on her birthday in New Delhi on Sunday.
PTI

Majority of political observers, including Rahul’s critics, concede he offered resistance to Modi that was not expected of the Congress leader.

If Modi appears vulnerable today, the sole reason is Rahul’s resolute opposition in spite of thinly veiled threats and an investigation overdrive.

But Rahul’s failures too are no less glaring. The pitiable plight of the Congress in Uttar Pradesh and the unimpressive recovery in states like Bihar, Odisha, Bengal, Tamil Nadu, Andhra Pradesh, Delhi… show his inability to rebuild dilapidated structures within the organisation.

While his choice of people too raises eyebrows within the party, many independent observers believe he had not realised the importance of transforming himself from a formidable challenger into a credible leader.

December 11 may finally set the stage for this transformation. After all, millions of people still believe he is not Prime Minister material.

Rahul might have slashed Mr 56 to “Mr 36” — as the Congress leader has begun to describe Modi — he needs to step up and offer something that looks like Mr 37.

Rahul Gandhi takes bull of faith by its horns