Ashish Mishra, who was taken in police remand, was sent back to the district jail for treatment at its healthcare facility 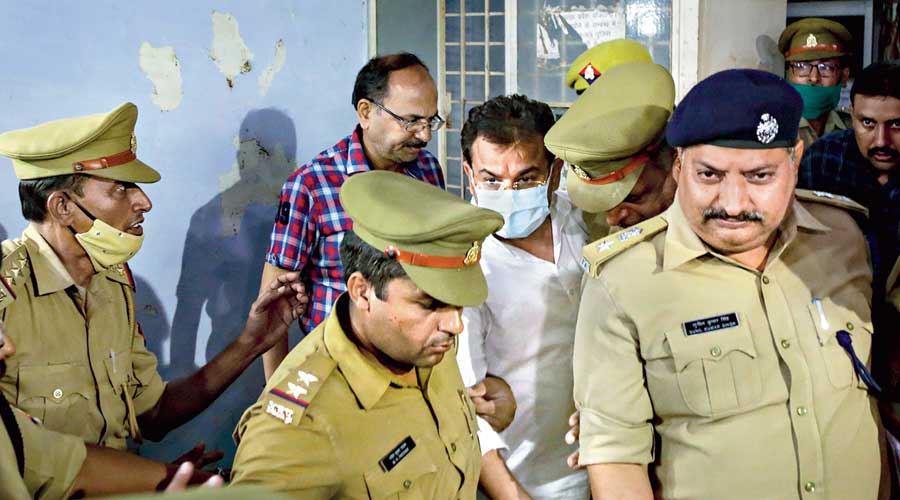 Ashish, who was taken in police remand, was sent to the district jail Saturday evening for treatment at its healthcare facility, Additional Superintendent of Police (ASP) Arun Kumar Singh said.

Ashish, along with three others, was taken in two-day police custody on Friday evening for further interrogation in the case.

"The samples (of Ashish Mishra) collected Saturday night tested positive for dengue. His sugar levels were found to be critical. Some changes were also observed in the ECG. This demands treatment under observation by expert doctors at the district hospital, he told reporters on Sunday.

Eight people, including four farmers, were killed in Uttar Pradesh's Lakhimpur Kheri on October 3 in violence that erupted during a farmers' protest.

Thirteen people, including Mishra, have so far been arrested in connection with the incident.

Three accused arrested on Saturday -- Mohit Trivedi, Rinku Rana and Dharmendra -- were produced before a magistrate. The investigators moved an application for their 14-day police custody remand. The hearing on the application will take place on Monday.