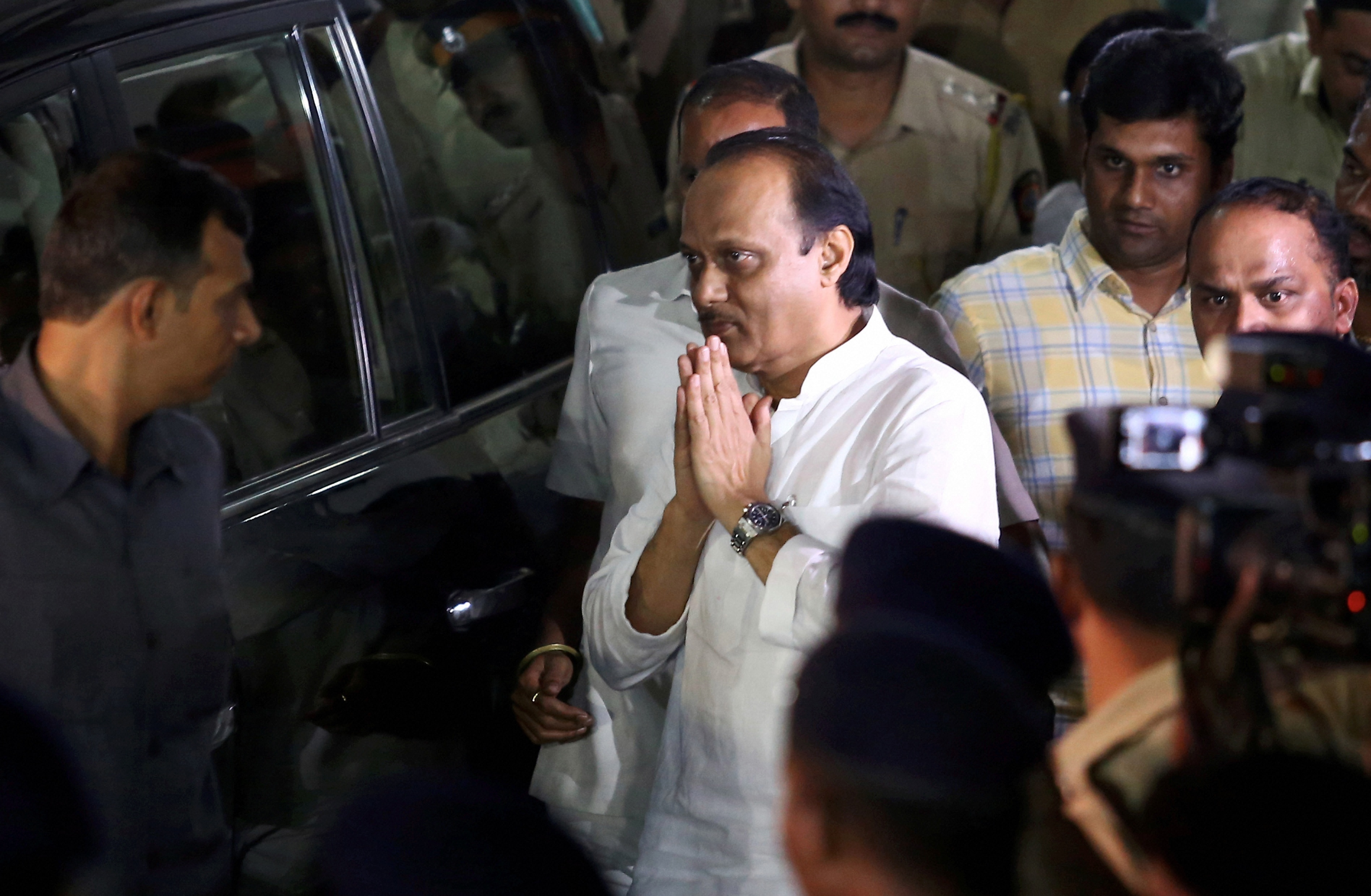 NCP leader Ajit Pawar has said that six leaders, two each from his party, the Shiv Sena and the Congress, will take oath as ministers on Thursday along with chief minister-designate Uddhav Thackeray.

Pawar also clarified that he will not take oath as a minister on Thursday evening during the ceremony to be held at Shivaji Park in Mumbai.

'I will not take oath today. Only Chhagan Bhujbal and Jayant Patil will take oath as ministers from the NCP,' Ajit Pawar told reporters after a meeting of NCP leaders at party chief Sharad Pawar's residence in the city.

'Two MLAs each from the Shiv Sena and the Congress will also take oath as ministers,' he added.

Ajit Pawar also dismissed reports that he was disappointed over not being sworn in as the deputy chief minister on Thursday.

'I am not at all disappointed. Do you see disappointment on my face?' he asked.

Ajit Pawar had joined hands with the BJP to form a government last Saturday, but quit it earlier this week citing 'personal reasons', leading to collapse of the Devendra Fadnavis-led dispensation.

'It was not a revolt. I was in the NCP, I am in the NCP and will remain in the NCP,' he said, adding that he would attend the swearing-in ceremony in the evening with his cousin and Lok Sabha member Supriya Sule.

The Shiv Sena, NCP and Congress have come together under the front called 'Maha Vikas Aghadi' to form the government in the state.

The BJP and the Sena, which fought the last month's Assembly polls in an alliance, secured a comfortable majority by winning 105 and 56 seats, respectively.

The Sena, however, broke its three-decade-long ties with the BJP after the latter declined to share the chief minister's post.

The NCP and Congress won 54 and 44 seats, respectively.