The announcement was made on Twitter by Abu Dhabi’s Crown Prince, Mohammed bin Zayed Al Nahyan 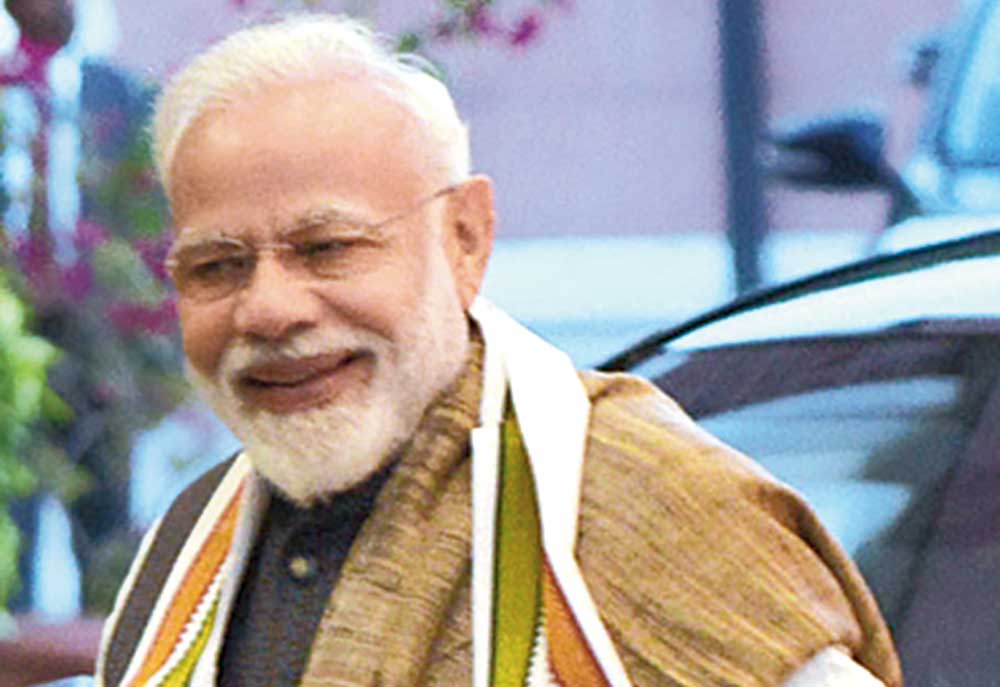 The United Arab Emirates (UAE) on Thursday decided to confer the Order of Zayed — the country’s highest civilian decoration — on Prime Minister Narendra Modi as a mark of appreciation for his efforts to boost bilateral ties.

The announcement was made on Twitter by Abu Dhabi’s Crown Prince, Mohammed bin Zayed Al Nahyan.

He posted the tweets in Arabic and English and backed them up hours later with one in Hindi.

“We have historical and comprehensive strategic ties with India, reinforced by the pivotal role of my dear friend, Prime Minister Narendra Modi, who gave these relations a big boost. In appreciation of his efforts, the UAE President grants him the Zayed Medal,” Al Nahyan tweeted.

Tweeting in Arabic, English and Hindi, Modi acknowledged the gesture.

“Thank you, Your Highness Mohamed bin Zayed Al Nahyan. I accept this honour with utmost humility. Under your visionary leadership, our strategic ties have reached new heights. This friendship is contributing to the peace and prosperity of our people and planet,” Modi tweeted.

The UAE’s decision was celebrated by the Modi government and the BJP alike, but there was no official word on whether the Prime Minister would travel to the Gulf country to accept the award.

No date for conferment of the award has been announced by the UAE.

External affairs ministry spokesperson Raveesh Kumar said exchange of high-level visits was part of all strategic relationships. “Whenever it is planned, we will inform you,” he said in response to a question at the weekly briefing.

About the UAE’s decision, the external affairs ministry said: “This singular honour is in recognition of the efforts of the government under the Prime Minister’s leadership to develop the strategic partnership between India and the UAE.

“We greatly appreciate this honour bestowed upon the PM by… Crown Prince Mohammed Bin Zayed and the government of the UAE. The UAE is home to the largest number of our citizens outside India, and is our partner in diverse pillars of cooperation, including investment, energy, defence and security.”

The BJP held up the award as “yet another feather” in Modi’s cap. “In appreciation of his role in consolidating the long-standing friendship and joint strategic cooperation between UAE and India, the UAE president has conferred Zayed Medal to Prime Minister Shri Narendra Modi,” the BJP tweeted from its official handle.

Several Union ministers were effusive in their acknowledgement of the honour for Modi.

The award announcement came close on the heels of speculation about a possible UAE visit by the Prime Minister in the middle of electioneering to lay the foundation stone of the Bochasanwasi Shri Akshar Purushottam Swaminarayan Sanstha temple in Abu Dhabi on April 20. Modi had unveiled the temple’s model during a visit last year.

Among earlier recipients of the award are Chinese President Xi Jinping, Russian President Vladimir Putin, German Chancellor Angela Merkel, former US President George Bush and Queen Elizabeth II. The Order of Zayed is conferred on heads of state and government who have strengthened relationships with the UAE.