Auto-rickshaws have a field day as road, Metro links affected 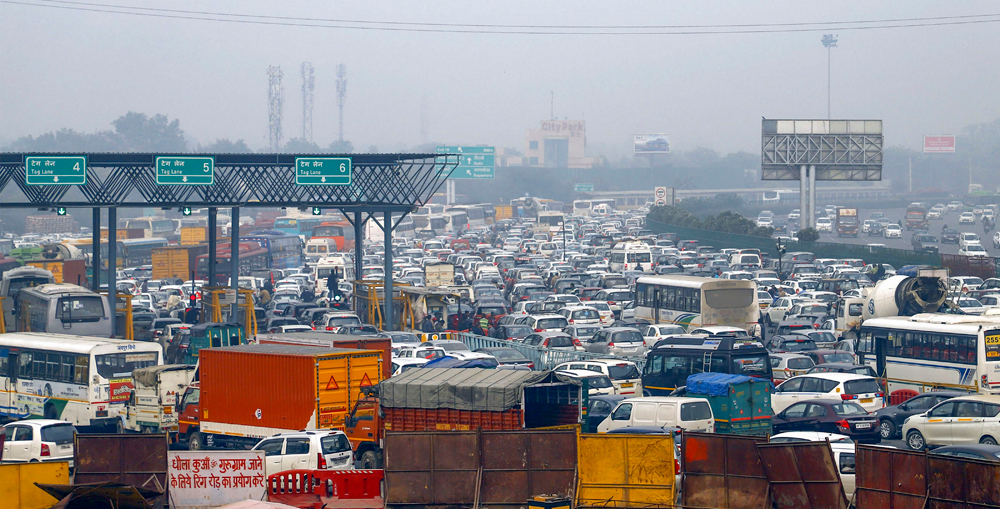 Commuters travelling from Gurgaon to Delhi had a harrowing time on Thursday when Delhi police erected barricades to prevent anti-CAA protesters from taking the highways linking the national capital to Haryana.

The police set up barricades on M.G. Road, NH-48 and the old highway connecting Delhi and Gurgaon, which led to snarls. Some of the commuters complained that they had missed their flights as policemen were checking every vehicle for protesters.

Several among those caught in the snarl took to Twitter to complain about the traffic situation by tagging the Delhi traffic police handle.

According to DIAL, the firm which manages the IGI airport here, 19 flights were cancelled and 16 others delayed as crews could not reach on time.

The blockades were lifted around 5pm by when hundreds of people had been stuck in jam for about three-four hours.

The scene was no different in Delhi where, on the orders of the police, Delhi Metro Rail Corporation (DMRC) closed entry and exit at 20 stations in central and south Delhi. The DMRC move was to prevent more people from joining the protests at Jantar Mantar near Connaught Place.

@PMOIndia @AmitShah @nsitharaman this is how the Economy is destroyed but by bit. Avg transit from home in GGN to office in Delhi is 2.5 hours. 2 imp meetings missed. Productivity of lakhs of active Indians destroyed today. Lakhs of vehicles consumed 5 x oil today.

Restrictions at Jamia Millia Islamia and Shaheen Bagh Jasola Vihar had not been lifted at the time of writing.

Auto-rickshaws had a field day on Thursday, charging five times more than the usual fare.

“We are not cheating anyone. We tell them the fare in advance so that there’s no dispute,” an auto-rickshaw driver told The Telegraph.