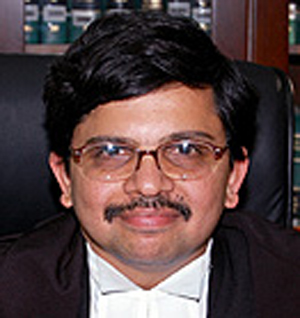 The timing of the Centre’s notification transferring Justice S. Muralidhar, hours after he pulled up Delhi police for inaction on the riots and gave the force one day to decide on filing FIRs against hate speeches by BJP leaders, has caused concern.

Senior advocate Dushyant Dave, who is also president of the Supreme Court Bar Association, questioned the urgency of shifting the Delhi High Court judge when he was in the middle of the hearing and said the transfer at this time amounted to “obstruction of justice”.

The purpose seemed to be to ensure that he could not continue hearing the riots case, Dave said.

The riots case came up before a different bench on Thursday, of Chief Justice D.N. Patel and Justice C. Hari Shankar, who allowed Delhi police four weeks to decide whether to file FIRs for the inflammatory speeches that are being blamed for provoking the violence in the capital that has cost 38 lives so far.

Eminent jurist Soli Sorabjee, who was the attorney-general during the Vajpayee government, said: “The timing of the decision raises apprehension of bias. The decision would only undermine the independence of the judiciary.”

Dave, who said he was speaking in his individual capacity, made it clear he was questioning the timing of the transfer, not the decision to shift Justice Muralidhar to Punjab and Haryana High Court.

“Effecting his transfer last night is completely unacceptable because he was in the midst of a hearing. There was no urgency, which required that he should be relieved of his duties in Delhi High Court… he cannot continue with the hearing. It is extremely shocking, I would say. I would call it an obstruction of justice by the government,” Dave told The Telegraph.

The purpose seems to be to bypass the orders passed by him in the riots case, he said.

“You are filing sedition cases against young Muslim students time and again or against young student leaders for no reason whatsoever, where violence has not followed. Here their (BJP leaders’) statements had been followed by violence. As such, a clear case for sedition is made out against them,” the senior lawyer said.

Hearing a PIL filed by former bureaucrat Harsh Mander on the speeches by BJP leaders Kapil Mishra, Anurag Thakur and others, Justice Muralidhar had on Wednesday pulled up Delhi police for the delay in filing FIRs and asked if the force would act after the “city has burnt down”.

When solicitor-general Tushar Mehta said the FIRs would be filed at the “appropriate time”, Justice Muralidhar had shot back: “How many lives have to be lost? How many homes have to be burnt before you register a case?” The bench gave the police one day to decide on the FIRs and get back.

On Thursday, the new bench led by Chief Justice Patel accepted the solicitor-general’s plea that the “situation is not conducive” for the registration of FIRs and granted four weeks for a response. It deferred the hearing till April 13.

The Supreme Court should have taken suo motu judicial notice of the transfer and stayed it, Dave said.

The NGO Campaign for Judicial Reforms and Accountability (CJAR) also condemned the “midnight transfer” and said it had “…nothing to do with ‘public interest’ and everything to do with punishing an honest and courageous judicial officer for simply carrying out his constitutional duties.”

“The transfer of Justice Muralidhar resembles the punitive transfers undertaken during Emergency by the then Congress government, against high court judges who had simply done their constitutional duty,” the NGO said.

“It is unbecoming of a constitutional government to engage in such acts of vendetta against other constitutional authorities. Such transfers violate all norms of constitutional conduct and the protection of human rights,” the CJAR said.

Congress general secretary Priyanka Gandhi tweeted: “The midnight transfer of Justice Muralidhar isn’t shocking given the current dispensation, but it is certainly sad & shameful. Millions of Indians have faith in a resilient & upright judiciary, the Government’s attempts to muzzle justice & break their faith are deplorable.”

The party’s communication chief Randeep Surjewala asked the government: “How many judges will you transfer to prevent justice being delivered fairly and efficiently?”

Surjewala also said the Prime Minister and home minister should reply if they were afraid that a free and fair investigation would expose the role of their party colleagues in the Delhi riots and had therefore transferred the judge.

Senior lawyer and party spokesperson Abhishek Singhvi said: “The mala-fide intention of the government is more than clear as the transfer came soon after his very legitimate directions to the police.”

Singhvi added: “Given the sensitivity of the matter he was dealing with, the action is clearly unprecedented and unheard of. It is a shameless interference in a case of extreme public importance. By common consent, cutting across party lines and lawyer groups, it is universally believed Muralidhar is one of the best and brightest judges in India…. He was equally critical in the Sikh riots case.”