T1, as Avni was known officially, was killed on Friday night by Asgar Ali in Borati forest 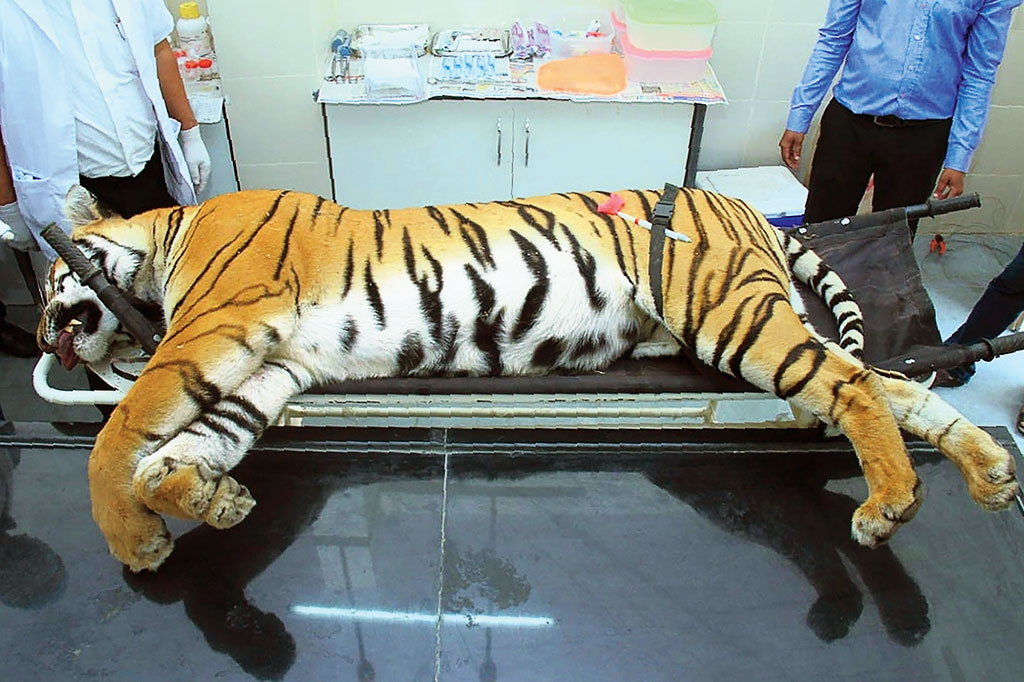 Tigress Avni was shot dead as a last resort when all attempts to tranquillise her failed and she attacked officials, Maharashtra forest minister Sudhir Mungantiwar said on Sunday.

T1, as Avni was known officially, was killed on Friday night by sharp-shooter Asgar Ali in Borati forest in the state’s Yavatmal district.

Union minister Maneka Gandhi had during the day lashed out against the decision to shoot the tigress. “I am deeply saddened by the way tigress Avni has been brutally murdered in Yavatmal,” she tweeted. “It is nothing but a straight case of crime….”

Mungantiwar said no one in the forest department wanted to kill the tigress and hundreds of personnel were trying to capture her alive for the past three months. But there was unrest among local farmers and tribals because the tigress was reported to have killed 13 people in two years.

“Ministers and secretaries do not sit in Mumbai and protect forest and animal species. It is done by farmers and Adivasis. In this case, there was a lot of unrest among them. We didn’t want them to eventually become enemies of wildlife,” Mungantiwar said.

All possible means were tried to capture the animal, but it had to be shot down to save the lives of forest staff trying to tranquillise her.

The right to kill wild species does not lie with his department and the Centre and the Supreme Court have laid down stringent guidelines for the purpose, he said. After following these guidelines and holding deliberations with the officials concerned, the principal chief conservator of forest gives an order to shoot an animal.

Asked about Avni’s two cubs, Mungantiwar said they were now nearly 11 months old and capable of surviving in the wild. “Yet, the forest department will ensure their upkeep,” he said. In September, the Supreme Court had said Avni could be shot at sight.