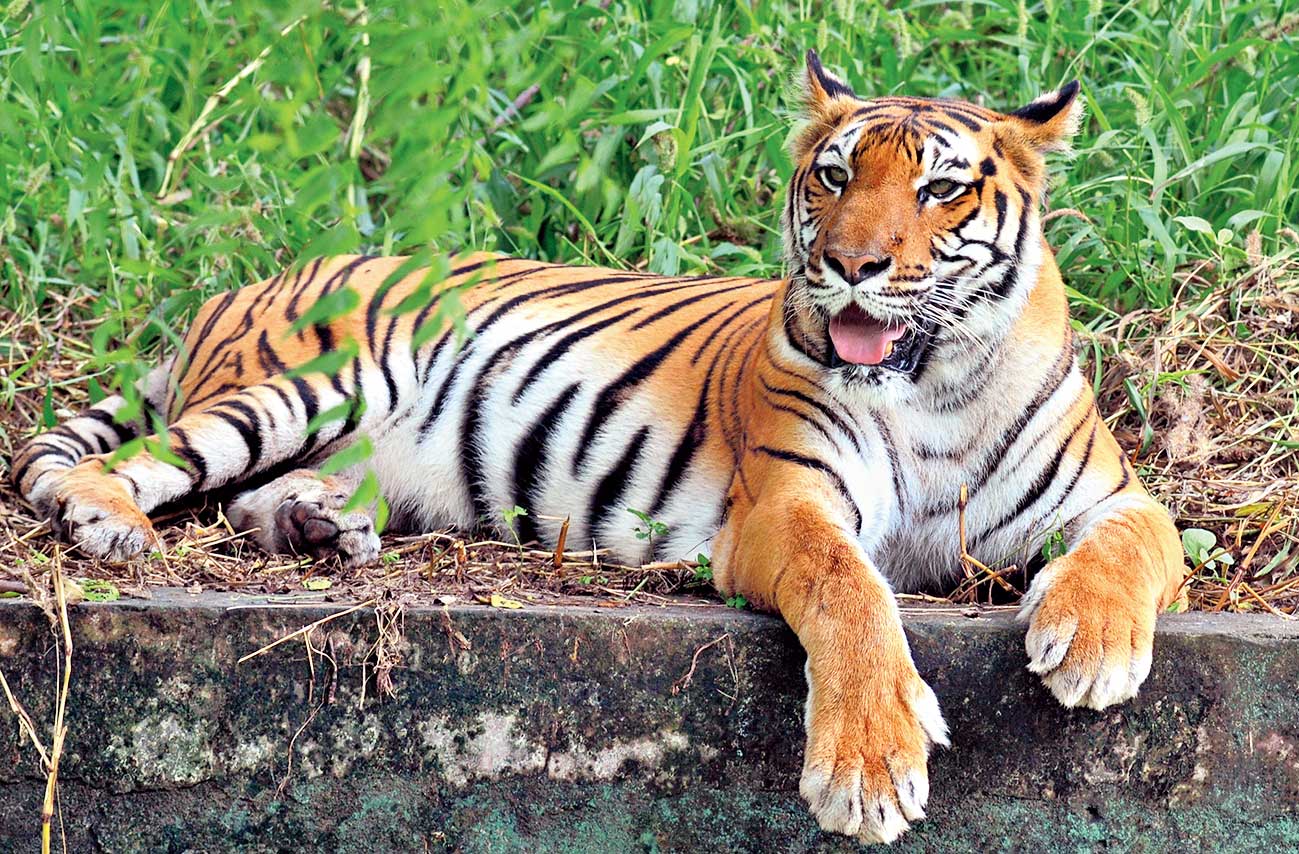 India’s conservation efforts have received the highest score among five countries assessed for the viability of their wild tiger populations and may hold lessons for Southeast Asian countries where tigers appear headed for extinction, scientists said on January 28.

The Global Tiger Forum (GTF), an international intergovernmental body, has assigned a score of 0.78 on the basis of population and habitat viability analysis, ahead of 0.71 earned by both Bhutan and Russia, 0.70 by Nepal and 0.61 by Bangladesh.

The GTF’s secretary general Rajesh Gopal presented the scores at the third stocktaking conference called to discuss the status of tiger recovery efforts in 13 tiger countries that had pledged in a 2010 conference to double their collective tiger population by 2022.

India’s estimated tiger counts have increased from 1,411 in 2006 to 1,706 in 2010 to 2,226 in 2014, a rise widely cited as a measure of success of the country’s tiger conservation efforts launched in 1972. Scientists have also cited conservation efforts by Nepal and Bhutan as encouraging.

But poor progress in Southeast Asia is likely to prevent the 13 tiger range countries from doubling their collective population by 2022, scientists cautioned on the sidelines of the conference.

Wild tigers have vanished from Cambodia and Vietnam and appear headed for local extinctions in both Myanmar and Malaysia, researchers said. “There is a need to revisit the doubling-by-2022 target,” said Satya Prakash Yadav, former assistant secretary general of the GTF who is now secretary of the Uttar Pradesh state biodiversity board.

The population declines and lack of recovery in Southeast Asian countries is worrying, he said. Malaysia, for instance, had an estimated 500 tigers when the tiger range countries met in 2010 at a conference in St Petersburg, Russia, and set the population doubling target. But Malaysia’s current estimated tiger population is less than 200.

“The (conservation) efforts by India or Nepal may be the gold standard — the big question is whether we can reverse the downward trend in the Southeast Asian countries,” said Stuart Alexander Chapman, the conservation director for the Mekong region at the World Wide Fund for Nature.

“The transformation will come if there is political leadership at the highest level — that is what Southeast Asia is missing, a head of state who puts tiger conservation as a national priority,” Chapman said.

Population and habitat viability research had suggested more than a decade ago that 20 breeding females could ensure the viability of a population of tigers for up to 100 years, said Yadvendradev Jhala, a senior scientist at the Wildlife Institute of India, Dehra Dun.

The research findings helped guide policies that set 800 to 1,000sqkm of core areas for tiger reserves, sufficient to support about 75 to 80 tigers given abundance of prey.

But scientists caution that India’s tigers still face challenges. “The biggest threats to tigers now are fragmentation of habitat and corridors that allow tigers to cross over from one habitat into another,” said Ravikiran Govekar, field director of the Pench tiger reserve that straddles Maharashtra and Madhya Pradesh.

There's room in sanctuaries for more tigers, but...