The extremists were involved in attack on BJP leader's house 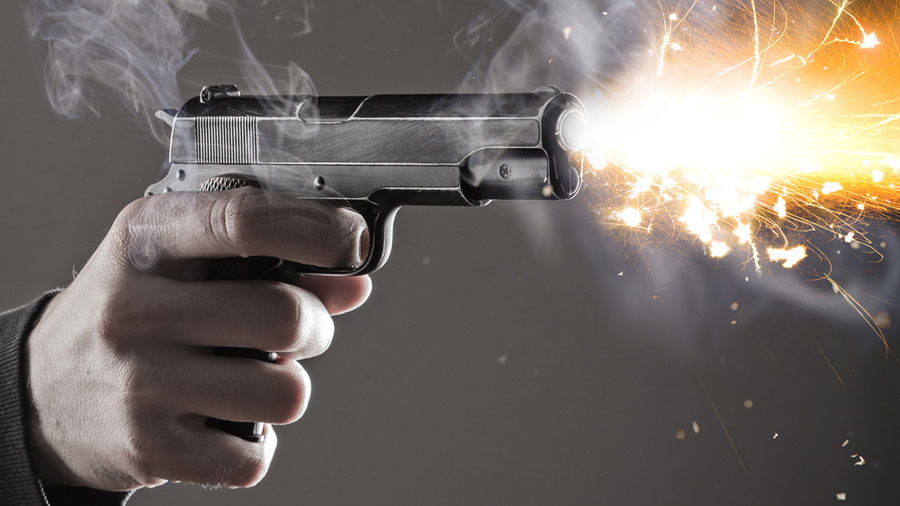 During the searches in the area, militants fired upon the forces, who retaliated, ensuing the encounter.
Representational image from Shutterstock
Our Bureau, Agencies   |   Srinagar   |   Published 02.04.21, 12:55 PM

Three militants, including two who were involved in an attack on a BJP leader's house here, were killed in an encounter with security forces on Friday in Jammu and Kashmir's Pulwama district, police said.

The encounter took place early in the morning after security forces launched a cordon and search operation in Ghat Mohalla in the district's Kakapora area, a police official said.

During searches in the area in south Kashmir, the militants fired on the security forces, who retaliated, and an encounter ensued, he said.

Inspector General of Police (IGP), Kashmir, Vijay Kumar, said that two of the three slain militants were involved in Thursday's attack on BJP leader Anwar Ahmad's residence in Nowgam area of the city, in which a policeman, Rameez Raja, was killed.

The two were part of a group of four militants who had attacked Anwar Ahmed's residence on Thursday, officials said, adding that the other two are at large.

Kumar said the attack in Nowgam was carried out jointly by four militants of the Lashkar-e-Taiba (LeT) and the Al-Badr outfits, and an SLR rifle snatched from policeman Raja on Thursday was recovered from the encounter site at Ghat Mohalla.

Addressing a press conference at the police control room here, the IGP said that the security forces solved the case in less than 24 hours.

Kumar said police have arrested three persons in connection with the attack on Ahmed.

"Police pursued a lead and arrested an OGW (over ground worker) Ishfaq Ahmed, who provided names of two more persons. We arrested both of them as well. On further questioning, we got to know that three terrorists were hiding inside a house in Ghat Mohalla. A cordon was laid and at 4:35 am and firing started," he said.

The IGP said the militants refused to surrender and took four to five civilians hostage.

"That is why the operation got delayed. We took the hostages out and then the encounter started in which three terrorists were killed. The slain terrorists were identified as Suhail Nisar Lone and Yasir Wani, both residents of Khrew area of Pulwama, and Junaid Ahmad from Prichoo, Pulwama. All the three had joined (militants ranks) this year -- two in February and one in March," he said.

Kumar said that two of them were involved in Thursday's Nowgam attack along with two others from Srinagar.

"Lone was the one who was wearing a 'burqa' on Thursday (during the attack). Two of them were affiliated with the Al-Badr outfit. We recovered one AK-47 rifle, one pistol and the SLR rifle from them. This is the same SLR that was snatched during the Nowgam attack which proves they were involved in yesterday's attack," he said.

He said the two militants, who were part of the Nowgam attack and are on the run, are of the Lashkar-e-Taiba and hail from Srinagar.

"Efforts are on to trace the two Srinagar-based militants. We will get them soon," he said.

The IGP said a vehicle used by militants in the attack has also been seized.

"The vehicle was found outside the house where the encounter took place (on Friday). It belongs to the house's owner. We will arrest him under UAPA (Unlawful Activities (Prevention) Act)," he said.

He said a woman suffered a bullet wound in her leg during cross-firing near the encounter site, while three civilians suffered pellet injuries. "All are stable," Kumar said.

Asked how many militants were active in Srinagar, the IGP said there were six of them including the two who are wanted in the Nowgam attack case.

"We are working on leads and very soon they will either be arrested, killed or brought back," Kumar said, adding "we will not allow the situation in Srinagar to turn bad".