Bail order from Allahabad High Court was a welcome step and we express our deep gratitude to judiciary, says national spokesperson Nasir Khuehami 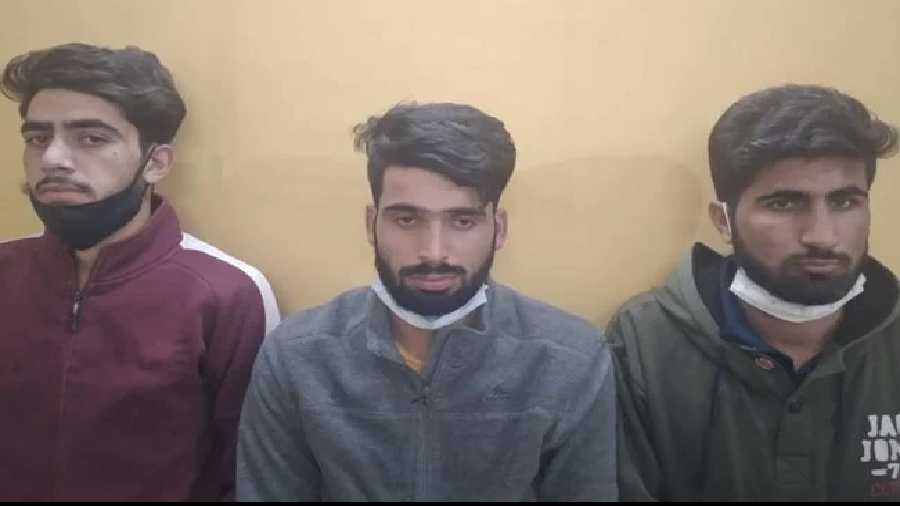 Three Kashmiri students, who were booked under sedition and cyber terrorism charges for allegedly celebrating Pakistani win in a cricket match last year, walked out of the district jail here after completing legal formalities, a students' association said on Tuesday.

The students, who were arrested in October last year, had secured bail on March 30 from the Allahabad High Court but were still languishing in jail due to the non-availability of the local guarantors, a high-security amount and police verification, it said.

The bail order from the Allahabad High Court was a welcome step and we express our deep gratitude to the judiciary for taking a broad and pragmatic review on the charges against the students, he said.

The three students, who were enrolled in RBS Engineering College under the PM Special Scholarship Scheme for the students of J-K, were arrested on October 28 last year for allegedly posting a WhatsApp status praising Pakistan players after their victory against India in a T20 cricket match.

An FIR under Indian Penal Code sections 124A (sedition), 153A (promoting enmity between groups) and 505(1)(b) (cause fear or alarm to the public) and section 66F (cyber terrorism) of the Information Technology Act was registered by Agra police against the three students.

The engineering students were also chased by the right-wing activists after their court hearing last year. However, the Agra Police escorted and took them safely back to its custody.

Khuehmi said, "Our motive as students association is always safeguarding the rights and reasonable interests of students, besides reminding them of their duties as law-abiding citizens."

After local lawyers had refused to fight the case of three students, a lawyer from Mathura, Madhuvan Dutt Chaturvedi, represented them in the court.