Manual scavenging rests on the pillars of two of the biggest evils of society: caste & gender disparity 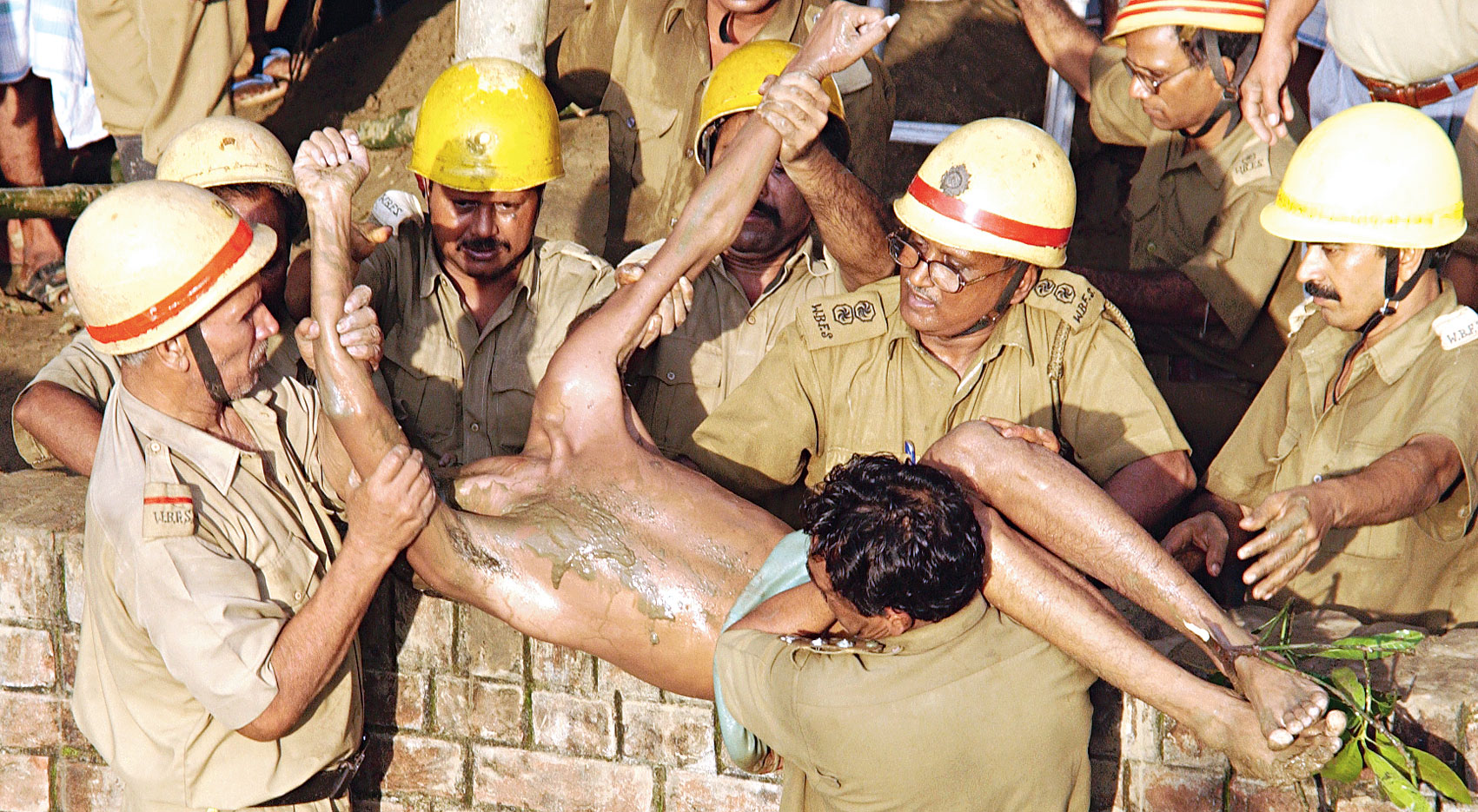 A manual scavenger’s body being taken out of a septic tank in Howrah district.
Telegraph file picture
Chandrima S. Bhattacharya   |   Calcutta   |   Published 13.05.19, 01:09 AM

A recent manifesto draws attention to a community that is hardly spoken about.

In the run-up to the Lok Sabha elections, Safai Karmachari Andolan, an organisation working for the rights of manual scavengers, released its manifesto on April 4 in New Delhi, demanding a life of dignity and safety.

Manual scavenging is the illegal practice of cleaning, carrying and disposing of human excreta from dry latrines or sewers. Cleaning sewers can be fatal. It rests on the pillar of two of the biggest evils of Indian society: caste and gender disparity. Most scavengers belong to the lowest castes.

A 1993 Parliament Act banned the employment of manual scavengers and the construction of dry latrines. A 2013 Parliament Act reiterated the end to scavenging. Yet the problem persists.

According to the 2011 census, there are 26,07,612 dry latrines in India. As opposed to toilets with flush, these are toilets in which the excreta collect in containers below, which are then cleaned manually.

An overwhelming majority of the manual scavengers who clean excreta are women. The Safai Karmachari Andolan puts the number at 98 per cent.

The scavengers virtually remain untouchable. The young still find it difficult to gain admission into institutions, or any other life.

The manifesto, written after meetings and surveys conducted over 10 states, demands:

The highest number of manual scavengers were reported by the states of Maharashtra, Madhya Pradesh and Uttar Pradesh. According to the organisation website, Calcutta has 6,739 dry latrines; North and South 24 Parganas 30,839 and 30,900 respectively. The Indian Railways is one of the worst offenders, employing manual scavengers to clean the tracks of human excreta.