Advertisement
Home / Opinion / Sanitation workers' manifesto: a reminder that the government must invest in modern sanitation 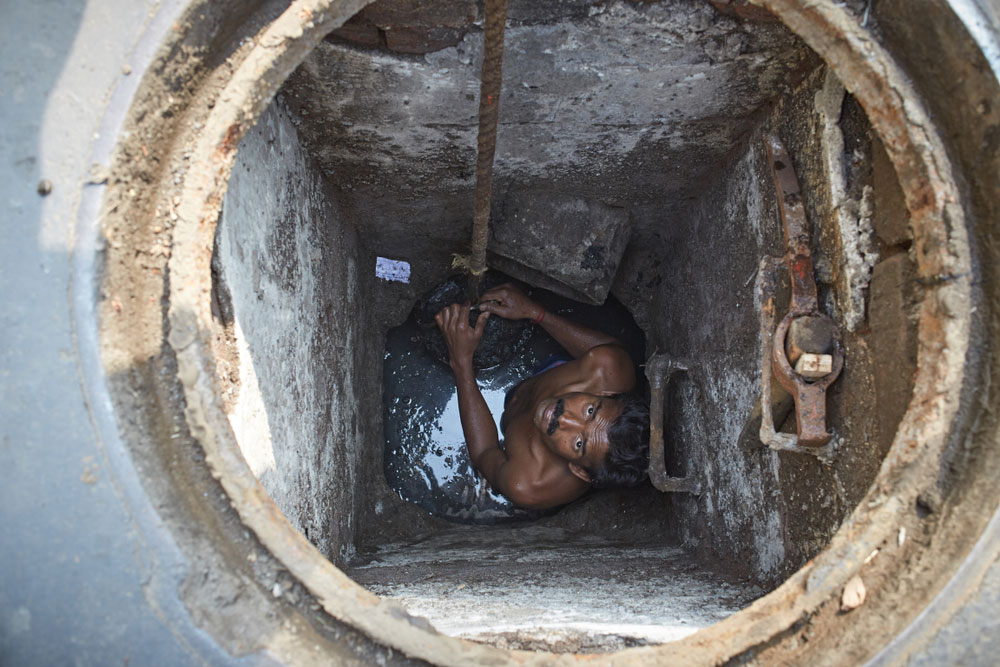 The reality of manual scavengers’ lives shows up the hollowness of the Swachh Bharat Abhiyan
(Shutterstock)
The Editorial Board   |   Published 12.04.19, 03:55 AM

The run-up to the 2019 Lok Sabha elections is producing many firsts, some furtive, others vocal. Among the latter is the ‘pre-election manifesto’ of manual scavengers, generated by the Safai Karmachari Andolan and demanding that the 2013 law against manual scavenging be implemented, and a separate ministry be created for the release and rehabilitation of manual scavengers, with 1 per cent of the Union budget being allocated for these purposes. The demands also include access to healthcare and education, alternative livelihood opportunities, a pension for workers over 55 years and a government job for at least one woman in each scavenger family, together with adequate safety equipment and security for workers.

It is shameful that India has such a large population of unprotected manual scavengers who risk their lives daily while cleaning waste from septic tanks, dry latrines and sewage lines. It is worse, if that is conceivable, that this work is caste-based, defining some of the most deprived people in the country, who were once considered untouchable. Administrations in every state have traditionally ignored the hideous sufferings of this segment, as though this were an order of nature; with the coming of the law against manual scavenging, they simply misrepresented the numbers. The government managed to count 12,742 scavengers when the law came into being in 2013, while the SKA puts the number at 7,70,000 with 1,800 deaths in sewers in the last 10 years. The importance of the ‘manifesto’ cannot be overestimated. It is the collective voice of an oppressed caste, whose demands also point to an enormous failure in a country claiming to be modern. India’s indifference to its truly poor is manifested in this case by the lack of investment in safety equipment for manual scavengers. More important is the lack of sewage cleaning machinery, of sanitation systems to carry human waste, of treatment plants, and the scarcity of running water that is the first requirement in cleaning human waste. Manual scavenging can be eliminated only if the government plans, invests in and constructs modern sanitation systems. The reality of manual scavengers’ lives shows up the hollowness of the Swachh Bharat Abhiyan — toilets and septic tanks without water or sewage systems have increased their burden. India pretends to be clean by forcing one section of its citizens into perpetual uncleanliness.