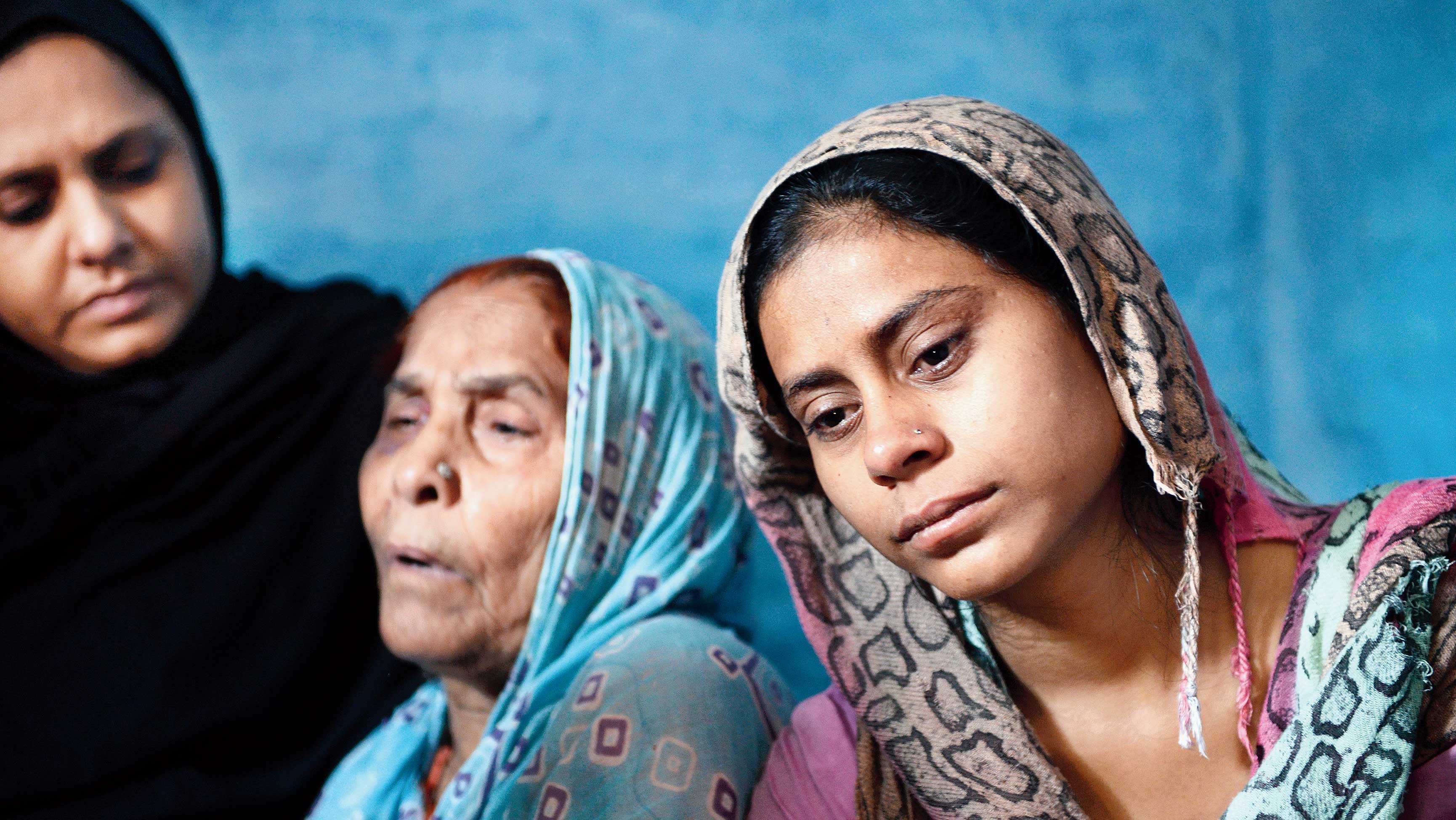 Akhlaque’s mother Asgari Begum (centre) and his daughter Shaista (right) at their Bisara home in Dadri in September 2015. Asgari Begum was also beaten up by the raiding mob when she tried to save her son.
Picture by Prem Singh
Imran Ahmed Siddiqui   |     |   Published 08.04.19, 01:37 AM

Mohammed Akhlaque, 52, was dragged out of his Bisara home in Dadri, less than 50km from Delhi, on the night of September 28, 2015, by a mob and killed. His younger son, Mohammed Danish, was thrashed so badly that he needed three back-to-back brain surgeries that have left a scar stretching from behind his left ear, curling across his skull to end at the middle of his forehead, just above his left eyebrow.

Why? The mob suspected Akhlaque of eating and storing beef, the attack becoming a template for more such acts across the country.

Last month, all 17 accused involved in Akhlaque’s lynching — they are out on bail even as the trial drags on — were spotted at the BJP’s election rally addressed by Uttar Pradesh chief minister Yogi Adityanath at Bisara, which is part of the Gautam Buddh Nagar Lok Sabha constituency. The prime accused, Vishal Rana, the son of local BJP member Sanjay Rana, was seen sitting in the front row during the March 31 rally while the remaining 16 were spotted moving around raising slogans of “Bharat Mata ki Jai”.

Adityanath, in his speech, said everyone knew what happened in Bisara and blamed the then Akhilesh Yadav-led Samajwadi Party government in the state for the incident. “How shamefully the Samajwadi government suppressed the emotions and sentiments of the villagers. As soon as our government was formed, we ordered shutting down of all illegal slaughter houses and ensured its strict implementation,” Adityanath said while exhorting residents to re-elect the BJP’s Mahesh Sharma. Sharma, the chief minister said, had developed temples all over the country and helped establish Hindu culture during his tenure as Union minister of state for tourism and culture. 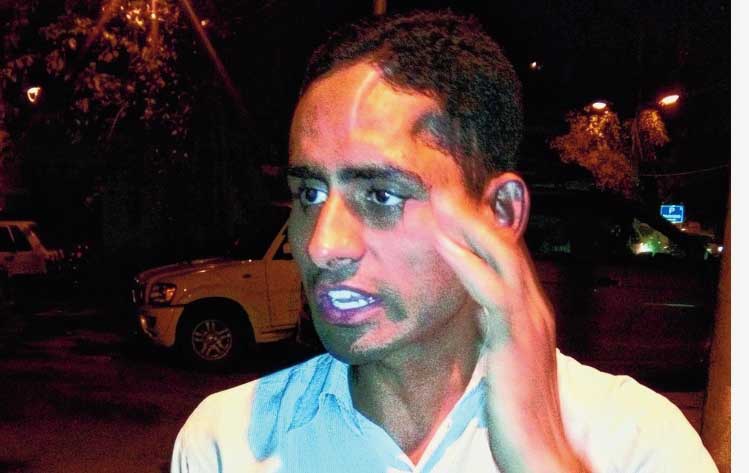 Danish, Akhlaque’s younger son, who was thrashed by the mob and critically injured. He was in coma and had to undergo three back-to-back brain surgeries. The scar is visible on his forehead
Picture by Prem Singh

According to the police chargesheet, Vishal Rana, the person seen occupying a front row seat at Adiyanath’s rally, is accused of making an announcement on a loudspeaker from the village temple that Akhlaque had stored beef inside his house.

The mob had stormed in, found pieces of meat in the fridge and claimed it was beef. The attackers dragged Akhlaque and Danish from the one-storey house and beat them with lathis, bricks and hockey sticks. Akhlaque died on the spot while Danish suffered multiple injuries.

In his confessional statement, Vishal Rana, said that he and the other accused were instigated by villagers that Akhlaque had slaughtered a cow and they became “emotional” over it.

A preliminary analysis of the meat sample found at Akhlaque’s home conducted by a veterinary laboratory in Dadri had revealed that it was of goat, and was not beef. But in June 2016, the Uttar Pradesh University of Veterinary Science and Animal Husbandry, Mathura, declared the meat sample collected from the site where Akhlaque was murdered as that of “cow or its progeny”.

“We are still awaiting justice but the killers of my father are roaming freely. We have faith in the judiciary and hope justice is delayed but not denied,” said Danish. “The scar,” he said, referring to the surgery mark on his face, “reminds us everyday about the horrific attack and murder of my father for no rhyme or reason. The wounds will heal only after the killers get exemplary punishment.

“Our predicament is an anti-thesis to the Modi government’s slogan of sabka saath sabka vikas,” added Danish, who, with his mother Ikraman and sister Shaista, has shifted to his elder brother Sartaj’s air force quarters in south Delhi’s Subroto Park.

The case against the 17 accused is dragging on in a fast-track court in Greater Noida over the past three years. Yusuf Saifi, counsel for Akhlaque’s family, said the trial is yet to begin as the court is still hearing arguments on charges against the accused who have been booked under sections pertaining to murder, rioting and unlawful assembly. According to Saifi, 25 hearings in the case were held in 2016 and 12 in 2017 but the number reduced to eight last year.

A senior police officer said the prosecution is still awaiting the final report on the meat sample.