The article is written by a civil rights activist Teesta Setalvad, who has been fighting for justice for the victims of the riots as the secretary of Citizens for Justice and Peace 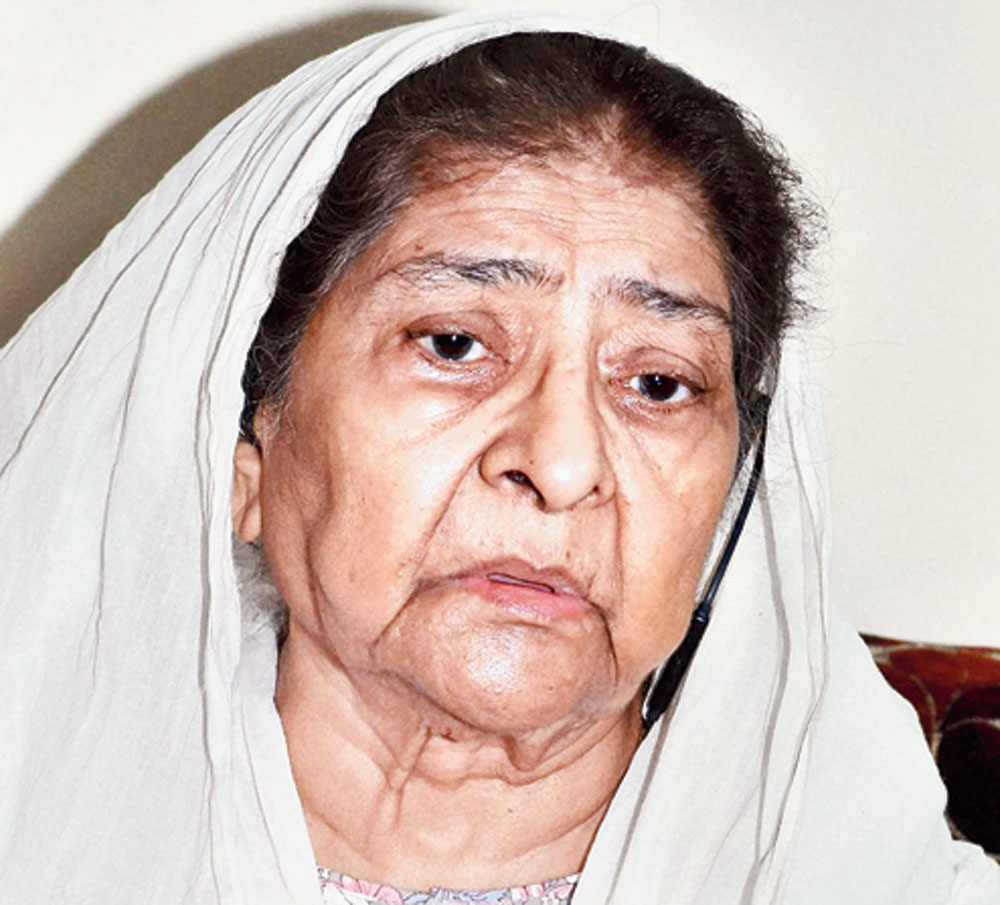 The Supreme Court has agreed to take up on November 19 (Monday) a petition filed by Zakia Jafri, the widow of slain former MP Ahsan Jafri, challenging the clean chit given to Narendra Modi, the then chief minister, and others by a special investigation team (SIT) in a massacre during the riots of 2002 in Gujarat.

The following article is written by Teesta Setalvad, a civil rights activist and journalist who has been fighting for justice for the victims of the riots as secretary, Citizens for Justice and Peace.

The journey has been as tortuous as the outcome rewarding. In the weeks and months that I covered the Gujarat carnage of 2002, first as a journalist, co-editor of Communalism Combat, and then as convener of the `Concerned Citizens Tribunal`, Crimes Against Humanity Gujarat 2002, nuggets of what appeared to be a well-orchestrated conspiracy behind the reprisal violence after the Godhra mass arson of February 27, 2002, had not simply gained ground but were carried in diverse news reports at the time.

It was only after serving officers filed their affidavits (2002-2004) before the Nanavati Shah Commission, accompanied by official records of state intelligence bureau (SIB) messages, home ministry data and phone call records, and they were examined and cross-examined that the possibility of a legal construction of a chain of command responsibility, to attempt establishing criminal and administrative liability, began to emerge.

Before this happened, the tribunal in its findings released on November 21-22, following the deposition of a serving minister, Haren Pandya, had held the serial lapses at the time to be an “organised crime perpetuated by the state’s chief minister and his government”.

Zakia Ahsan Jafri, the pain-wrecked widow of an amazing man, Ahsan Jafri, who had been brutally cauterised before being done to his gory death on February 28, 2002, was the natural choice to be at the vanguard of this legal battle that `Citizens for Justice and Peace (CJP)` has valiantly fought, despite being battered and abused by a vindictive state, outraged that a case of this dimension could ever make it to the courts.

After the complaint was first filed on June 8, 2006, but no action was taken, we approached Gujarat High Court for directions to register an FIR against powerful perpetrators on the charges, among others, of murder with criminal conspiracy, abetment, hate speech, the tampering and destruction of records and evidence and subversion of the system through calculated misreporting to statutory authorities like the National Human Rights Commission (NHRC), the Election Commission (EC) and even the Supreme Court. On February 27, 2009, the probe was handed over to the special investigation team (SIT), appointed a year earlier to further investigate the nine trials that had been so recommended by the NHRC. The caveat was that non-Gujarat officers should form part of the probe into the Zakia complaint.

It was on September 12, 2011, that the Supreme Court remanded the case back to the lower courts. The detailed judgment protected our legal rights to file a protest petition in case the investigating agency (the SIT) filed a closure report.

Once out of the Supreme Court’s gaze, the cynical subversion of the court’s own SIT began. Between the first reports filed by A.K. Malhotra before the Supreme Court and the closure report filed by one Himanshu Shukla (Gujarat IPS, since promoted), there is not just a qualitative shift, but worse, a brazen attempt to subvert the process at various levels.

By now, the SIT was functioning as an adjunct of the Gujarat state, whose very officials, elected and otherwise, were the subject matter of this sensitive investigation. Before the magistrate’s court (2013) and Gujarat High Court (2014-2017), the SIT betrayed its own mandate by deliberately seeking to restrict the Zakia Jafri criminal complaint, which had named 61 perpetrators and related to 300 incidents across the state, to simply and only the Gulberg society case, where 69 persons had been massacred in daylight on February 28, 2002.

While Gulberg was one of the 300 incidents in the wider conspiracy sought to be legally established in the Zakia Jafri legal intervention, the SIT’s turnaround in the lower courts clearly stemmed from a desire to prevent any legal push to get the more powerful perpetrators thoroughly investigated and charged. This is the primary issue that the Supreme Court will deliberate upon next Monday.

The SIT’s obduracy and obfuscation, in fact the agency’s reluctance to share the investigation papers — a legal right under the criminal procedure code — led us to re-approach the Supreme Court to access 23,000 pages of documents.

What followed before the protest petition was filed on April 15, 2013, was an investigation by our entire team of lawyers and myself to deep-dive into official records to see what we could find.

What did the Zakia Jafri protest petition unravel far beyond the original complaint filed seven years before?

SC to take up riot clean chit to Modi

The tragedy of Godhra was thus taken to the rest of Gujarat where reprisal killings broke out. Funeral processions with inflamed mobs were allowed in Ahmedabad the next day; the massacres in Naroda Patiya and Gulberg took place not far from the routes of the processions. Jaideep Patel is also facing trial in the Naroda Gaam carnage case.

The Gujarat government’s own records document the assembling of mobs, the escalating violence and killings on the afternoon of February 27 as the Sabarmati Express touched the Vadodara, Anand and Ahmedabad stations. Only two preventive arrests are made on February 27. Both were from the minority community, though by then it was the minority community that had been attacked in over two dozen places across the state.

The ruling party colluded in the bandh call given by the VHP for the next day, February 28, 2002. SIB warnings of enraged mobs and leaders inciting violence were ignored and over 200 people were massacred in daylight in Ahmedabad city alone on February 28. The deliberate delay in imposing curfew in Ahmedabad is now proven through official records.

An analysis of police control room records shows a dereliction of duty by the first responders. Some of Gujarat’s districts that contained this mass fury had policemen in command positions who abided by their oath to the Constitution and not their political masters. Where violence broke out, they controlled it.

In Ahmedabad, however (as in 18 other districts), officials succumbed to pressure. For example at 4am on February 28, after Jaideep Patel brings the charred bodies from Godhra to Ahmedabad, PCR records show that a 3,000-strong crowd of RSS men are raising provocative slogans at the Sola Civil hospital. No forces are deputed by the police chief; only “three SRP men stand guard”. Curfew is called only after 12.30pm, over eight hours later. Around 10am, a high court judge from the minority community is attacked not far from here.

In the state and central records, there is documentary evidence of a deliberate delay in calling in the army. If the army in charge of the contingent that was sent to Gujarat in 2002 had been examined by the SIT (another aspect deliberately avoided by the agency), a more gory reality would be out.

There is so much more: hate speeches by powerful perpetrators, the same men who refused action to prosecute mainstream Gujarati dailies for consistently provocative writings, and the VHP for its incendiary pamphleteering, despite specific recommendations by senior policemen; partisan prosecutors of a certain ideological bent being appointed to ensure that justice is denied even before the trial begins. An appreciation of this led the Supreme Court to transfer the Best Bakery case and Bilkees Bano case out of the state.

Finally, there is documentary evidence of the destruction of records relating to the minutes of meetings, wireless intercepted messages, police control room records, police logbooks, wireless messages. Frighteningly, there is evidence to show that this destruction happened in March 2008, four days after the Supreme Court appointed

the SIT to investigate nine major carnage cases of 2002. Fortunately, one senior official provided a CD of photocopies of some of the destroyed messages, which we have used.

All this and more will be the subject matter of a trial if and when the Zakia Jafri case proceeds to the next level, charges are framed and the process begins.

We rest our case.