A key suspect in the Godhra train burning that killed 59 kar sevaks and triggered the Gujarat riots was arrested today after 14 years on the run. 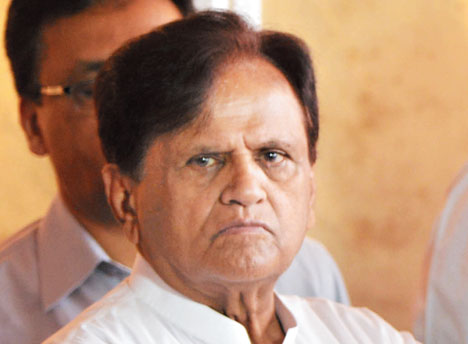 Ahmedabad, May 18: A key suspect in the Godhra train burning that killed 59 kar sevaks and triggered the Gujarat riots was arrested today after 14 years on the run.

Farooq Mohammed Bhana, 55, was headed to meet his son in Godhra when he was held at a toll plaza while on way from Mumbai where he had spent eight of his years in hiding, having changed his name and looks working as a property broker, Gujarat anti-terror squad inspector-general J.K. Bhatt said.

After fleeing Godhra following the carnage in 2002, Bhana probably went to Pakistan using a fake passport and returned to India after a few years, settling in Mumbai, Bhatt said.

Bhana was a councillor in Godhra when he allegedly hatched the conspiracy with others to burn the S6 coach of the Sabarmati Express on February 27, 2002, triggering the riots the next day.

Bhana was part of a meeting, held at a guesthouse near the Godhra station, where the plot to burn the train was finalised, Bhatt said.

During the meeting, Bhana issued instructions to an aide, Maulana Hussain Umerji, to set ablaze the coach for which 140 litres of petrol were collected and stored in the guesthouse, the IG said.

A prominent local cleric, Maulana Umergi, was arrested in 2003 and dubbed a "mastermind", but was acquitted later for lack of evidence.

Bhana had reportedly been visiting Godhra secretly over the past few years but the ATS was tipped off about the trips a little over two months ago.

During his years in hiding, Bhana was probably radicalised and had joined Tabligi Jamaat, an outfit of preachers, and often travelled from one place to another with other members in groups to hide his identity, Bhatt said.

Later, in Mumbai, Bhana changed his name to "Sheikh Umar" during his days as a realty broker, Bhatt said, adding the suspect would be handed over to the Supreme Court-appointed special investigation team probing riot cases.

Seven of the 111 accused in the train fire case are still absconding. Of the 94 arrested, 31 were convicted by a special court that sentenced 11 to death and handed life terms to 20. Their appeals are now pending in the high court. The rest were acquitted.