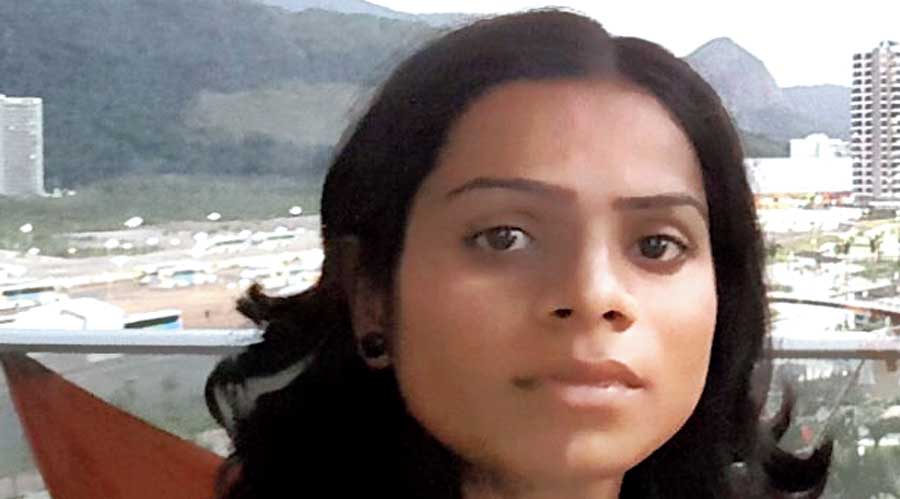 The editor of a web channel in Odisha was detained on Friday following a mental harassment complaint by sprinter Dutee Chand.

The sprinter has accused the journalist of posting obscene and defamatory content against her while she was taking part in the Tokyo Olympics.

Bhubaneswar deputy commissioner of police Uma Shankar Das said: “We have detained Sudhanshu Shekhar Rout on the basis of the allegations filed in the Mahila police station. We have also seized computers and other incriminating material from the accused.”

In her complaint registered on Wednesday at the Mahila Police station, Dutee alleged that Rout had run a malicious campaign while she was preparing for the 200m events at the Tokyo Olympics.  She has also held RTI activist Pradip Pradhan responsible for it.

“I am today relaxed and happy as the police have detained one person in connection with the case. I have been subjected to mental harassment for the last few days as an attempt has been made to destroy my personal life and assassinate my character,” Dutte told reporters.

She has also filed a Rs 5 crore defamation suit against Rout and Pradhan for maligning her and levelled charges of criminal intimidation, publishing obscene content and insulting the modesty of a woman against them.

Dutee told The Telegraph: “I am playing for the country. I have always received the love of people. I had never imagined that people would drag me to such a low level. I am a bit relaxed today.”

She had also threatened to leave Odisha if she did not get justice. Recalling her struggles since childhood to become an Olympian she said:  “I am unable to concentrate on my goals as this malicious campaign against me is distracting my attention.”

Senior journalist Prasanna Kumar Mohanty said: “We all should know that there is a Laxman rekha (the boundary line). When one files a story against a woman and that, too, about an athlete of international repute, one should be careful.”

Mohanty also cited the Supreme Court’s grave concern over the spread of fake news on web portals, Facebook and YouTube in the absence of a regulatory mechanism.