The 22 let off the hook in Sohrab case 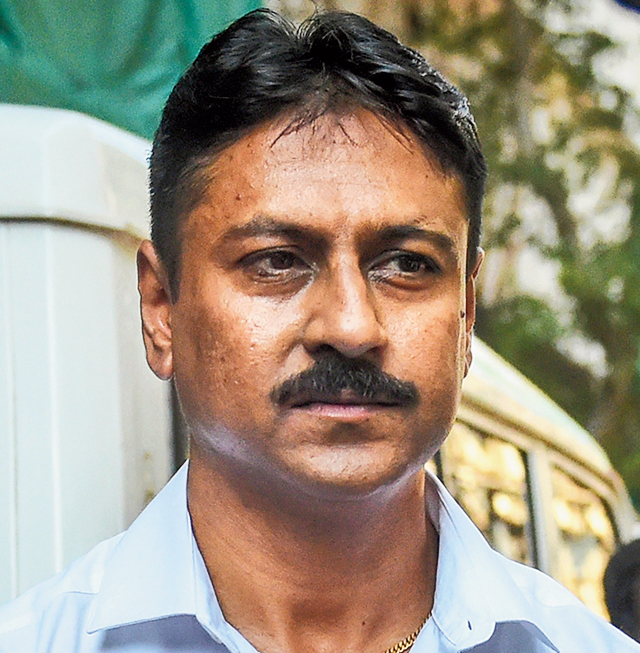 The following is the list of the 22 people acquitted by a special CBI court in the alleged fake encounter killings of Sohrabuddin Sheikh, his wife Kausar Bi and his aide Tulsi Prajapati.

Abdul Rehman: The then police inspector in Rajasthan. According to the CBI, he was part of the team which abducted Sheikh and Kausar Bi and the one who fired at Sheikh.

Narainsinh Dabhi: The then inspector with the Gujarat anti-terrorism squad (ATS). He was accused of being part of the team which allegedly killed Sheikh.

Mukeshkumar Parmar: The then deputy SP in the Gujarat ATS. He was accused of being part of the team which allegedly killed Sheikh.

Himanshusingh Rajawat: The then sub-inspector of Rajasthan police. Was accused of being part of the team that allegedly killed Sheikh.

Shyamsingh Charan: He was the then sub-inspector of Rajasthan police and was accused of allegedly firing at Sheikh.

Rajendra Jeerawala: The owner of a farm house in Gujarat. According to the CBI, he had knowledge that his farm house was used by policemen to keep Sheikh and Kausar Bi and facilitated their illegal detention.

Ashish Pandya: The then sub-inspector with Gujarat police and was accused of shooting Tulsiram Prajapati.

Ghattamaneni S Rao: The then sub-inspector with Andhra Pradesh police. He was accused of escorting Sheikh and Kausar Bi from Andhra Pradesh to Gujarat.

Yudhvir Singh and Narayansingh Chauhan, who were part of the joint team of Gujarat and Rajasthan police accused of killing Prajapati, leave the court in Mumbai on Friday after the verdict.
(PTI)

Ajaykumar Parmar and Santram Sharma: They were constables with Gujarat police and they allegedly were part of the team which took Shaikh and his wife to Gujarat.

Balkrishna Chaubey: The then Gujarat ATS inspector. According to the CBI, he was present at the spot where Shaikh was killed. The CBI said he helped in disposing of Kausar Bi’s body.

Ramanbhai K. Patel: Was investigating officer with the Gujarat CID and accused by the CBI of conducting “wrongful probe” in the Shaikh encounter case.

Naresh V. Chauhan: The then sub-inspector with Gujarat police. The CBI said he was present at the farm house where Kausar Bi was kept and also at the spot where her body was disposed.

Vijaykumar Rathod: The then Gujarat ATS inspector. He was accused of being part of conspiracy to dispose of Kauser Bi’s body.

Relief for Shah in Sohrab case