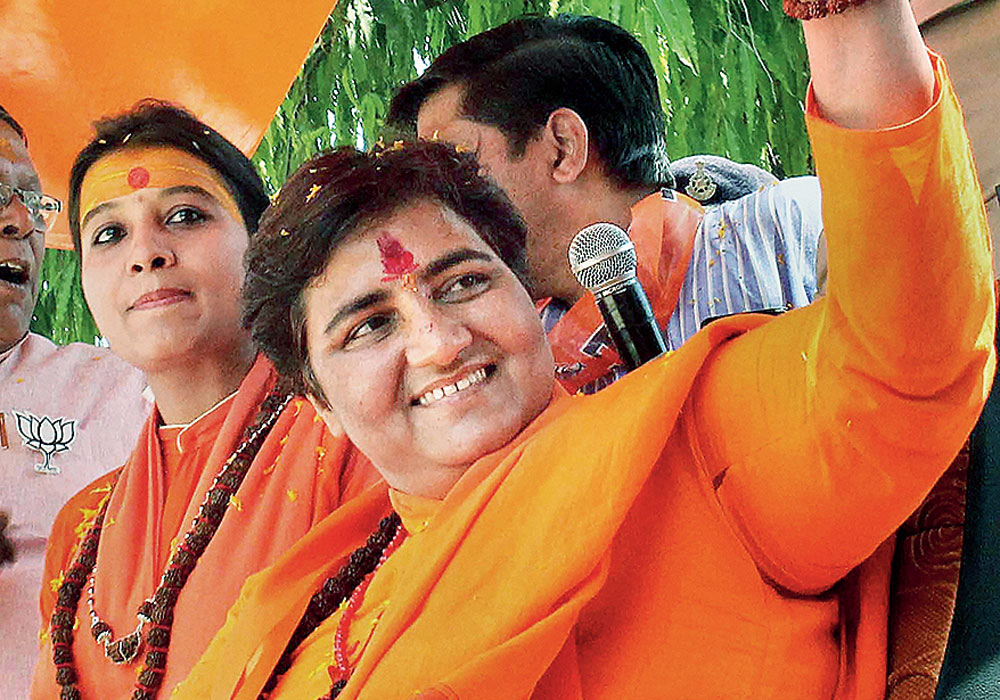 The terror court trying the 2008 Malegaon blast case has directed all seven accused, including BJP Lok Sabha candidate Pragya Singh Thakur, to be present in the courtroom at least once a week.

Judge Vinod Padalgar on Friday expressed displeasure at the frequent absences of the accused and said that exemption from appearance would not be granted without convincing reasons.

The special NIA (National Investigation Agency) court is currently recording witness testimony. The next hearing is on May 20.

Six people had died and 101 were injured in a blast in Malegaon town in Maharashtra on September 29, 2008.

Last October, the court had framed charges against all the seven, accusing them of terrorist activities, murder, criminal conspiracy, promoting enmity between groups, and other offences.

The Malegaon blast was first probed by the then Maharashtra anti-terrorist squad (ATS) chief Hemant Karkare, who was later killed during the November 2008 Mumbai terror attacks.

In its first chargesheet in 2009, the ATS had alleged that Malegaon had been selected for the blasts because of its sizeable Muslim population. It had named Pragya and Purohit as the key conspirators.

According to the initial probe, Purohit had arranged for the explosives while Pragya owned the motorcycle used in the blast. However, after the case was handed over to the NIA, the federal agency’s May 2016 chargesheet said there was no evidence that the motorcycle belonged to Pragya.

A month later, the court decided that the charges against Pragya were “prima facie true”, embarrassing the NIA.

The agency has submitted a list of 286 witnesses, including doctors, police officers and forensic experts, and more than 200 documents.

All the accused have pleaded not guilty. They face trial under the anti-terror Unlawful Activities (Prevention) Act, the Indian Penal Code and the Explosive Substances Act.