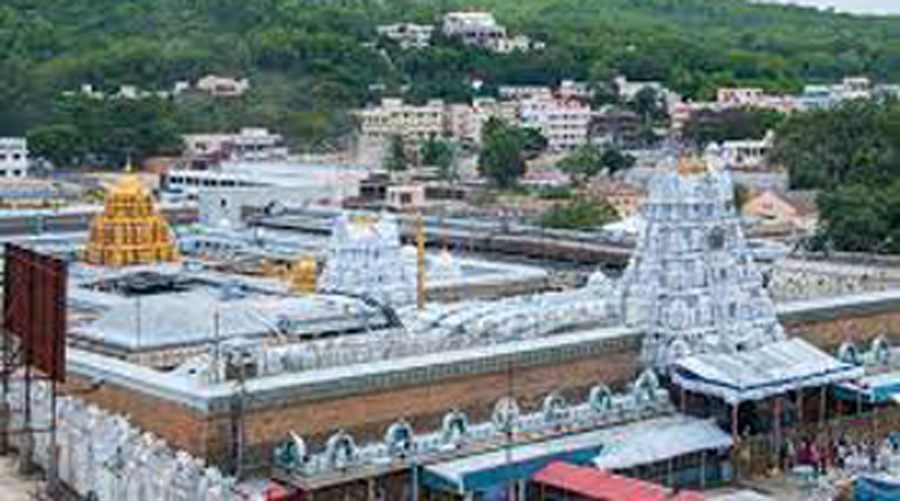 The Union government plans to have a sprawling replica of the Tirumala Tirupati temple built in centrally administered Jammu and Kashmir, triggering allegations here that it is pandering to Hindu sentiments.

Lieutenant governor Manoj Sinha’s administration has decided to lease 62 acres of government land to the Tirumala temple authorities to build the replica of the Andhra Pradesh shrine in Jammu, an official spokesperson said.

Many Kashmiris said such a decision would not have been possible under an elected state government and was another consequence of the scrapping of Jammu and Kashmir’s special status in August 2019.

The 2019 developments and subsequent changes to Jammu and Kashmir’s land and domicile laws have prompted suspicion among the region’s majority Muslim community that the Centre plans to alter the Union Territory’s demography through large-scale settlement of Hindus.

The official spokesperson said the government’s administrative council had approved a proposal to allot 496 kanals and 17 marlas of land (62 acres) to the Tirumala Tirupati Devasthanam to build the temple and allied infrastructure.

He said the land would be allotted on a 40-year lease, which means the temple trust would not own the land. However, once the temple is built, the trust is likely to hold the land in perpetuity.

The proposed temple complex will have a centre for pilgrim amenities, a Veda school and a meditation centre apart from offices, residential quarters and parking lots, the spokesperson said. He did not specify the site.

“It’s a step towards changing the demography of this place and this government is pandering to the sentiments of Hindus,” Kashmir’s Grand Mufti Nasirul Islam told The Telegraph, alluding to the planned residential quarters within the proposed temple complex.

“This is not an elected government which can take any such decision but a government that has been thrust on us by Delhi.”

The official spokesperson said the Devasthanam, an independent trust established under the TTD Act of 1932, was a charitable organisation of international repute with a proven record in the spiritual, cultural, social and educational spheres.

“Its arrival in Jammu and Kashmir will tap the tourism potential, particularly (attracting) pilgrims to Jammu, the city of temples, besides enhancing economic activities,” he said.

Officials said the decision had come after months of negotiations with Andhra Pradesh officials deputed by their chief minister Y.S. Jaganmohan Reddy.

“The Andhra government and the trust want to construct a replica of Tirumala in Jammu and Kashmir,” an official said.

Grand Mufti Nasirul Islam cited how he had been campaigning for a new university in Kashmir named after Shah Hamdan, the Iranian Sufi saint who brought Islam to Kashmir in the 14th century, only for successive administrations to deny permission.

“Why build a temple and not a university? How will a temple help provide employment to people?” he said, alluding to the Centre’s claim that the objective behind the 2019 changes was to bring jobs and economic development to Kashmir.

“I think all people here will oppose it,” he added.