The Dalai Lama on Sunday suggested that ancient Indian knowledge be taught as an academic subject but without "touching religious faith". 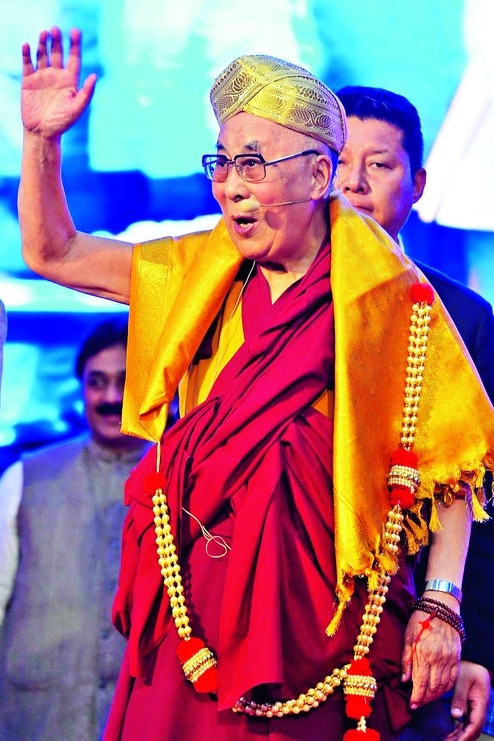 Bangalore: The Dalai Lama on Sunday suggested that ancient Indian knowledge be taught as an academic subject but without "touching religious faith".

The Tibetan spiritual leader said the education system should take care of the physical development as well as the "inner" well-being of students by training their minds.

"We should include in education the inner values without touching religious faith," the 82-year-old Nobel laureate said while delivering a lecture on Education for Wisdom and Compassion to Rebuild Nation, organised by the Seshadripuram Educational Trust here.

The Dalai Lama said that while the Tibetans had still retained the ancient Indian knowledge, it had reached "nirvana" in the land of its origin. "Usually I keep teasing my Indian friends that this ancient knowledge we learnt from you. You are our teacher, our 'guru', we are ' chelas' (disciples) of the Indian guru," he said.

Stating that reviving the ancient Indian knowledge in modern India was one of his commitments, the Dalai Lama said all the knowledge Tibet learnt from India and kept for thousands of years was "immensely useful" in modern times, even in the field of science.

Pointing out that there was some kind of emotional crisis in today's world, he said material things and technology would not solve the problems.

Despite differences in views, all religions carried the "message of love", the Dalai Lama said, adding that "all the traditions teach about practice of tolerance, forgiveness". "Despite different traditions or religions, India has stood as an example to the rest of the world that all could peacefully coexist together," he said. PTI