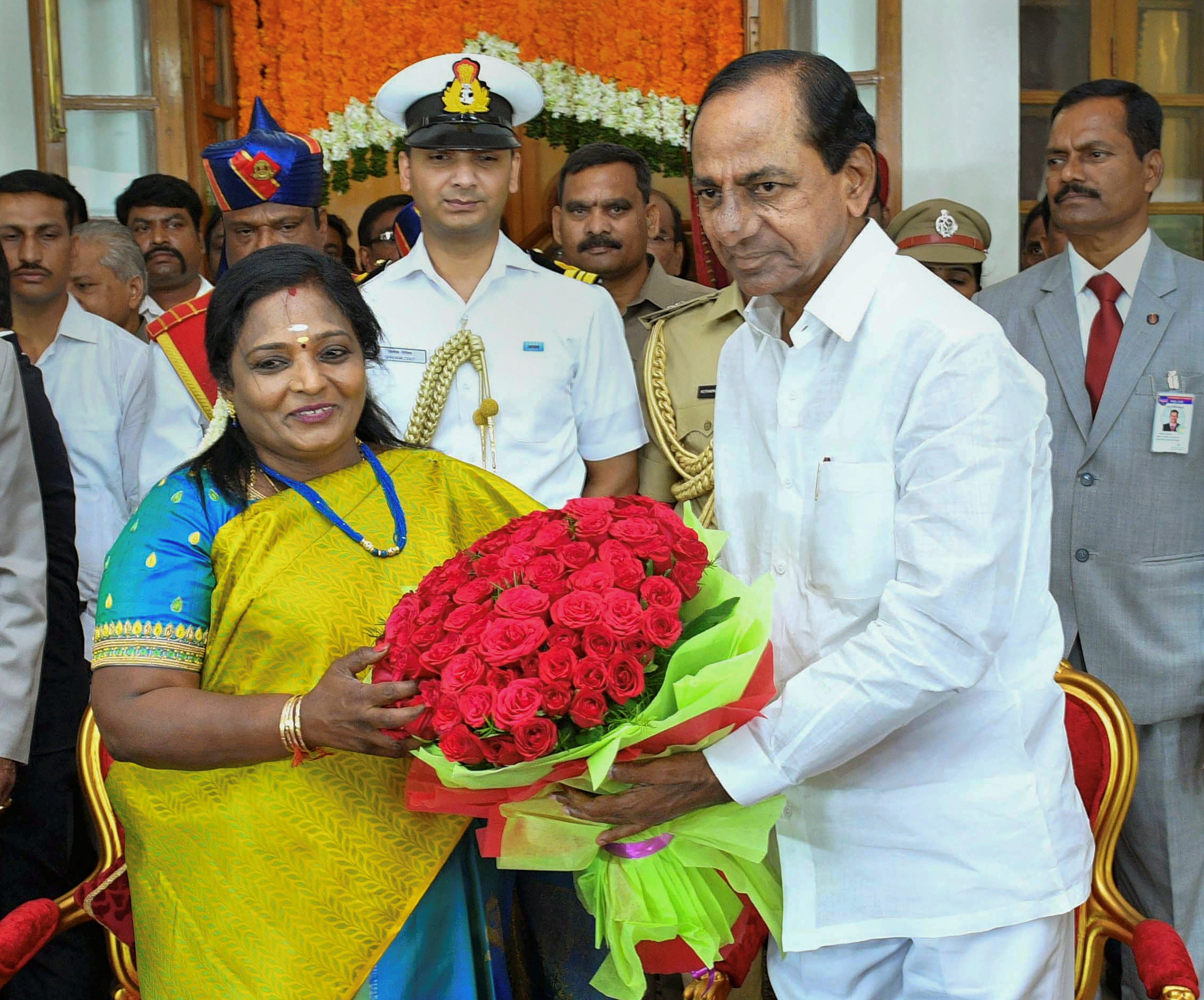 Tamilisai Soundararajan was on Sunday sworn in as the first woman governor of Telangana at the Raj Bhavan in Hyderabad. The post was earlier held by E. S. L. Narasimhan, who subsequently demitted office.

President Ram Nath Kovind named her as the second governor of Telangana on September 1.

The former governor, Narasimhan, was accorded a warm farewell by the state chief minister and his Cabinet on Saturday.

Rao, who hosted lunch in Narasimhan's honour, said he would miss the guidance of the latter who had seen the agitation for a separate Telangana and the formation of the new state, an official release said.

Narasimhan, who was appointed as governor in undivided Andhra Pradesh nine-and-a-half years ago, was continuing as the Telangana’s governor.

'Narasimhan has always given me moral support and I cherished many memories with him,' Rao said.

'Though many had apprehensions that Narasimhan, a retired police officer, had come as governor to suppress the Telangana agitation, I had the confidence that he would send fair reports to the Centre about the movement,' he said.