Pegasus: Supreme Court to hear batch of pleas on February 23

The expert committee is requested to prepare the report after a thorough inquiry and place it expeditiously before SC, the bench had said 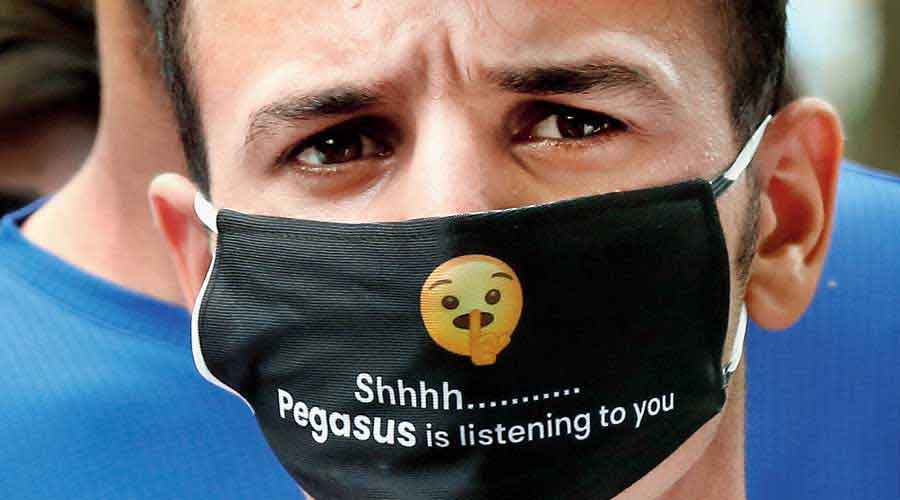 The Supreme Court is scheduled to hear on Wednesday a batch of petitions on the Pegasus issue for the first time after October 27 last year when it had ordered setting up of a three-member panel of cyber experts to probe allegations that the Israeli spyware was used for surveillance of certain people in India.

A bench comprising Chief Justice N V Ramana and Justices Surya Kant and Hima Kohli has listed as many as 12 PILs, including the ones filed by Editors Guild of India and veteran journalists N Ram and Sashi Kumar, for hearing on February 23 and is likely to peruse and analyse the report which was to be filed by the apex court-appointed panel.

The panel, which included three experts on cyber security, digital forensics, networks and hardware, was asked to enquire, investigate and determine whether Pegasus spyware was used for snooping on citizens and their probe would be monitored by former apex court judge R V Raveendran.

The committee is requested to prepare the report after a thorough inquiry and place it expeditiously before the court, the bench had said.

In recent times, reports emerged that the probe panel has been facing difficulties as very few people were coming forward to depose before it or submit their devices for technical scrutiny.

In one of the significant verdicts in recent times over the issue of citizens' right to privacy, a bench headed by the CJI had on October 27 last year ordered setting up of the panel saying mere invocation of national security by the state cannot render the judiciary a "mute spectator" and had asserted that indiscriminate spying on individuals in a democratic country cannot be allowed.

An international media consortium had reported that over 300 verified Indian mobile phone numbers were on the list of potential targets for surveillance using Pegasus spyware.