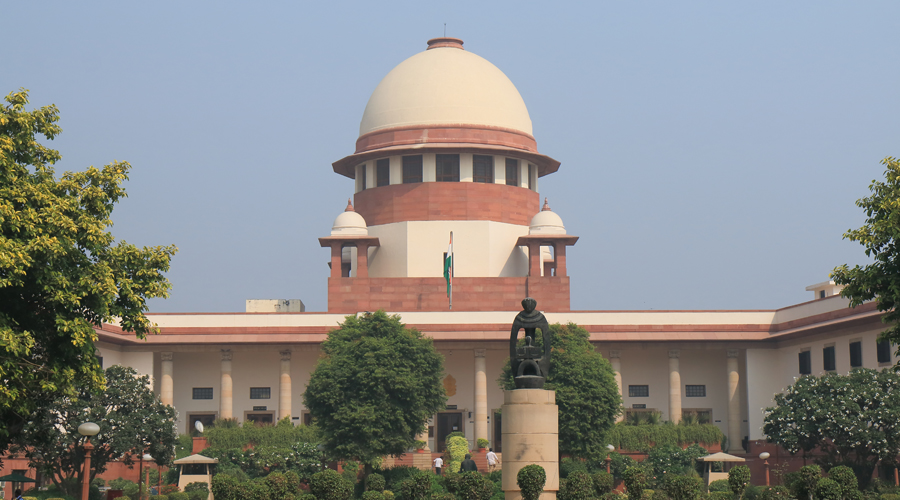 The Supreme Court Tuesday cautioned a law student not to address the judges as ‘Your honour’ as it was not the US Supreme Court.

“When you call us Your Honour' it appears that you have the US Supreme Court in mind,” a bench of Chief Justice S A Bobde and Justices A S Bopanna and V Ramasubramanian told the law student.

He immediately apologised to the bench and said that he would address the court as Your Lordship.

To this, CJI Bobde said: Whatever, but don't use inappropriate terms.

The bench told him that in the US Supreme Court and in magisterial court here, the court can be addressed as ‘Your honour’ but not in Indian Supreme Court.

The bench then asked him what his case was, to which the student, who appeared in-person, said that his plea seeks that infrastructure of the judiciary on the criminal jurisdiction side be strengthened.

The bench told him that does he know that there is already a matter pending in the Supreme Court in which directions have been passed to strengthen the infrastructure of judiciary right up to subordinate judiciary level in a phased wise manner.

The law student feigned ignorance after which the bench said that it appears that he has not done his homework before approaching the court.

It told the petitioner that there is a pending case titled as Malik Mazhar Sultan versus UPSC in which directions have been issued to the Centre, different state governments and High Courts for strengthening of infrastructure right up to subordinate judiciary level.

The bench adjourned the matter for four weeks and asked the student to come prepared on the next date of hearing.

Bar Council of India (BCI) took note of the objection raised on Tuesday by the Supreme Court to the term 'Your Honour' used to address the bench saying it had already passed a resolution in 2019 advising advocates not to use it in high courts and in the top court.

The BCI, an apex body of lawyers, said 'Your Honour' is a form of address given to a circuit judge or a Mayor in the USA and in India, this is used in lower courts to address the judicial officers.

BCI chairperson Manan Kumar Mishra, in a statement issued late evening, clarified the stand of the lawyers' top body on the issue.

The BCI would like to clarify that as far as back on 28th September 2019 on the request made by Office-Bearers of Bar Association of some High Courts with regard to the Advocates addressing the court, it was resolved that as per mostly preferred and prevalent practice, lawyers of the country be requested to address the Hon'ble Judges of various High Courts and Supreme Court as 'My Lord' or 'Your Lordships' or 'Hon'ble Court' while Lawyers of Subordinate Courts, Tribunals and other Forums may address the Court as 'Your Honour' or 'Sir' or the equivalent word in respective regional languages, the statement said.

It said the resolution was passed to maintain graciousness and to uphold the majesty of the courts of the country.