The apex court, however, added that Azad cannot hold any rallies 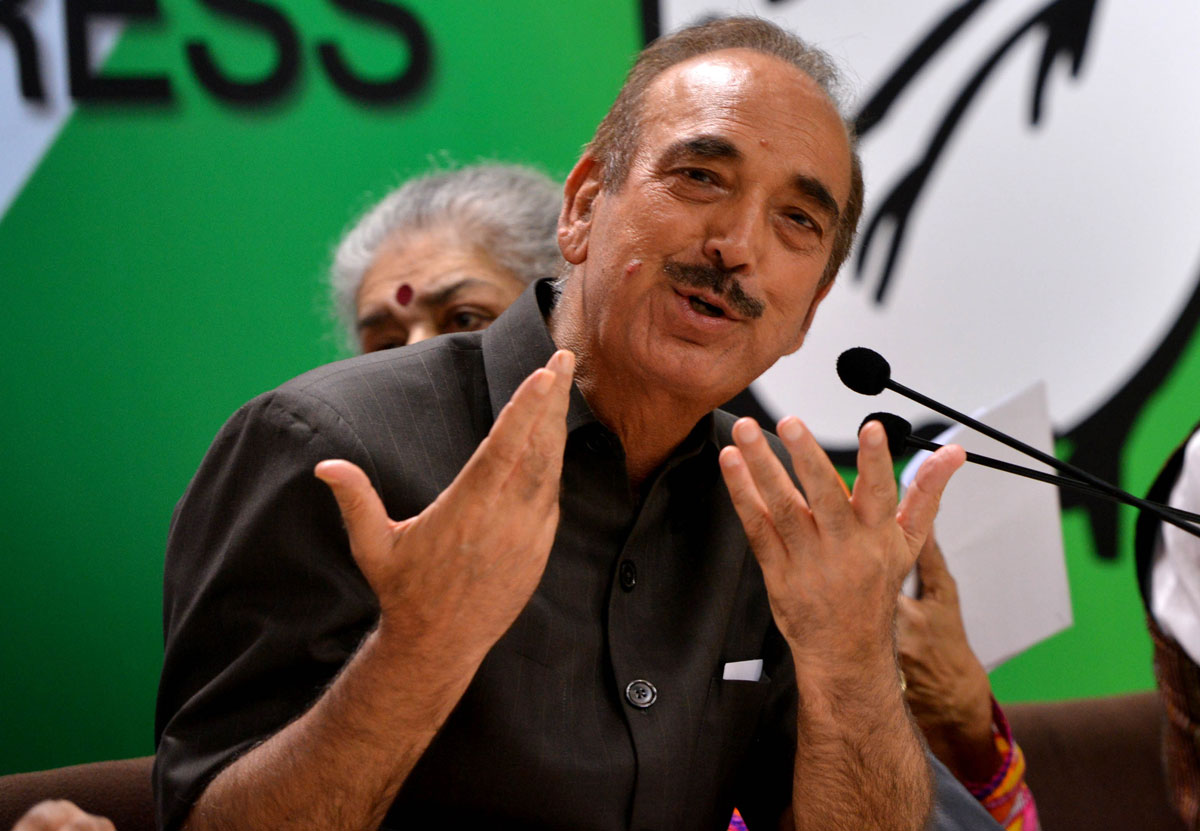 The Supreme Court on Monday allowed senior Congress leader Ghulam Nabi Azad to visit Jammu and Kashmir but said that he cannot hold any political rallies.

The bench, also comprising justices S. A. Bobde and S. Abdul Nazeer, was told by senior advocate A. M. Singhvi, who was appearing for Azad, that the Congress leader wants to meet the people and inquire about their welfare.

'I have filed the petition in my personal capacity, not on behalf of the Congress. It has nothing do with politics and is based purely on humanitarian grounds. I tried thrice to go to my home state but was refused permission,' Azad said.

Talking about the residents of Kashmir and their situation in the state, the senior Congress leader added, 'I have expressed concern about the plight of those people on humanitarian basis, being a native, and as a member of Parliament from Jammu and Kashmir. It has been 42 days...What are they eating, drinking and how are they surviving, this is a question to the state government, the central government and to the media as well.'

In his plea, Azad also sought a nod from the top court to visit his family members and relatives. He also sought permission to check on social conditions after a clampdown was imposed by the authorities following the scrapping of the state's special status under Article 370 on August 5.