Kashmiri students are being labelled 'terrorists', assaulted and ordered to vacate rooms in some parts of northern India 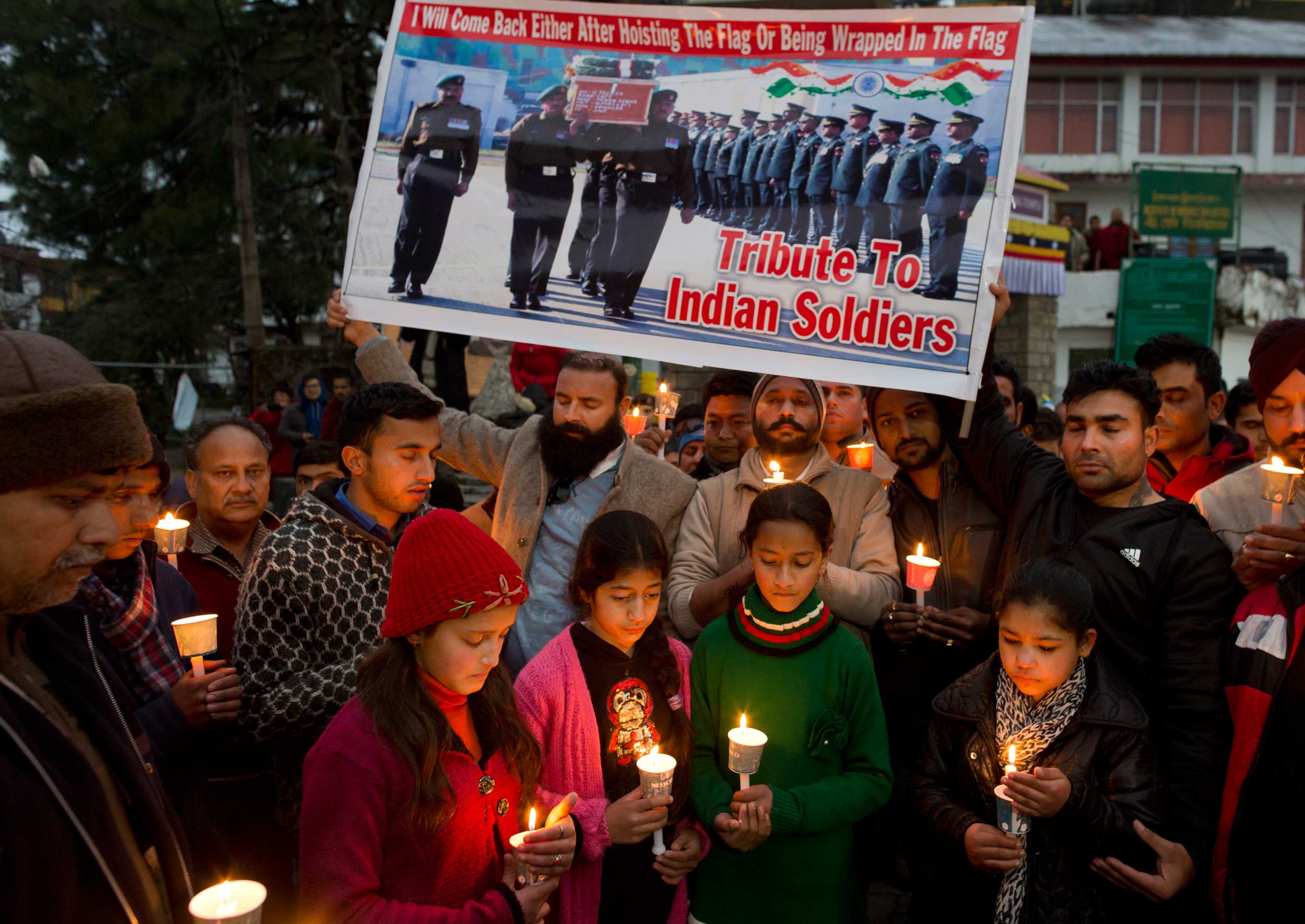 The CRPF Madadgaar helpline has received several phone calls from Kashmiri students since Saturday night seeking police help to stave off possible mob attacks and requesting that food be sent to them as they had locked themselves up in their rooms.

Some CRPF officers with links to Kashmir said they had received calls from Kashmiri students and their parents saying the students wanted to return to the Valley.

“We have received several calls (on the helpline) since last night from panic-stricken Kashmiri students living outside (the state). They were feeling scared and intimidated and wanted police help. Some of the students also asked us to help them with food as they had confined themselves to their rooms and were feeling scared to go out,” Zulfiquar Hasan, IG (operations) of the CRPF, told The Telegraph over phone from Srinagar.

He said the CRPF helpline immediately got in touch with the local police and requested them to help the students and also to provide them security so that they felt safe. According to Hasan, the police gave food to the students.

Hasan said they were yet to collate the total number of calls received. “The help sought included security because of apprehensions of harassment. The helpline is in touch with the local police and the callers in case they need any further assistance,” he said.

Around 8pm on Saturday, the CRPF Madadgaar helpline had tweeted: “Kashmiri students and general public, presently out of Kashmir, can contact @CRPFmadadgaar on 24x7 toll free number 14411 or SMS us at 7082814411 for speedy assistance in case they face any difficulties/harassment.”

The helpline, conceived by Hasan, a Bengal-cadre IPS office, was set up in 2017 by the country’s largest paramilitary force after it was accused of indiscriminate use of pellet guns in Jammu and Kashmir. The force planned to win the “hearts and minds” of people in the state with the helpline.

“As soon as we receive distress calls from students living outside or local people, we immediately contact the police of the state concerned and send the message across. The local police act on our inputs and help the needy in time. The helpline is very popular among Kashmiri people,” Hasan said.

Kashmiri students are being labelled “terrorists”, assaulted and ordered to vacate rooms in some parts of northern India in the aftermath of the Pulwama attack, multiple accounts suggest.

The Union home ministry had on Saturday issued an advisory to all states and Union territories to take measures to ensure the safety and security of Kashmiri students following reports that they were facing harassment and intimidation in Haryana, Rajasthan and Dehradun.

Dehradun police on Sunday denied that 20 girls from Kashmir had been forced to remain confined to their hostel rooms at Dolphin Institute, with a crowd outside demanding their expulsion.

Ashok Kumar, the ADG (law and order) of Uttarakhand, said: “The incident of students being trapped in a girls’ hostel is a rumour being spread on social media. A procession was taken out by locals in the wake of the Pulwama attack where people were chanting ‘Pakistan murdabad’.”

Kumar added that Kashmiri students had no reason to worry as the police were there to ensure their safety.

Dehradun police released a video of the girls saying that some people had tried to create problems but the police and the hostel administration had been very helpful. Towards the end of the video, the girls are seen looking at a person after speaking.

Sources in Dehradun police, however, said the problem started after a group of local youths began circulating incendiary posts on WhatsApp. Later, a group of protesters, many of them purportedly belonging to the Bajrang Dal and the VHP, claimed on WhatsApp that some Kahsmiri students had chanted pro-Pakistan slogans.

“Some protesters also ordered landlords to evict Kashmiri tenants as many jawans from Uttarakhand had been killed in Kashmir in the past. They also took out processions near the hostels chanting slogans against Kashmiris. The students panicked and locked themselves in. Later, the police dispersed the protesters,” a police officer said.