Advertisement
Home / India / Made honest attempts to build India that Mahatma Gandhi, Sardar Patel dreamt about: PM in Gujarat
‘I spared no effort in serving the country’

Made honest attempts to build India that Mahatma Gandhi, Sardar Patel dreamt about: PM in Gujarat

‘In the last eight years, I have not done any such work that will make people hang their head in shame’ 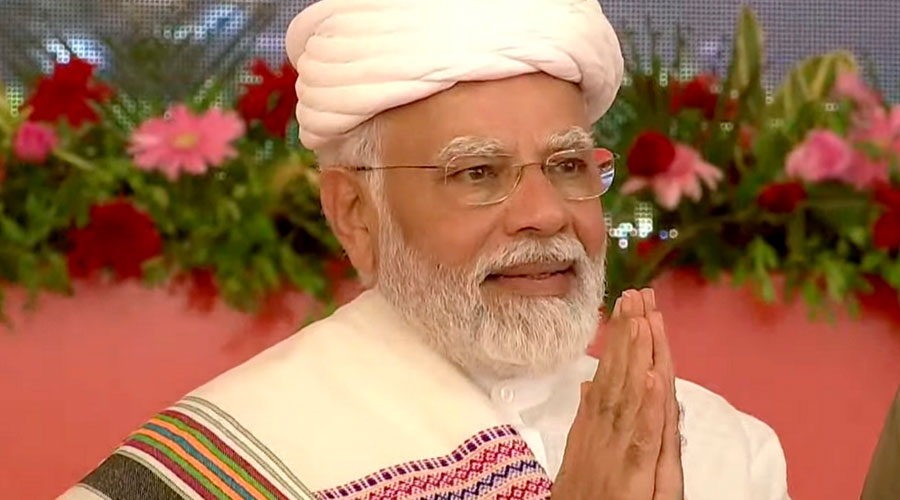 Prime Minister Narendra Modi on Saturday said that in the last eight years, his government made an honest attempt to build the India that Mahatma Gandhi and Sardar Patel dreamt of, and added that it worked to protect the dignity of the poor during this period.

Modi, who completed eight years in office as prime minister on May 26, also said that he did not spare any effort in serving the country and did not indulge in anything that would make the people of the country hang their heads in shame.

He was addressing a gathering after inaugurating a 200-bed multi-specialty hospital in Atkot town of Gujarat's Rajkot district. During his speech, he gave an account of the work his government carried out in the last eight years.

No compromise on nation building

"I have spared no effort in the service to the nation in the last eight years. I have neither allowed, nor personally not done any work that will make you or even a single person of India hang their head in shame. In the last eight years, we have made an honest attempt to build the India of Mahatma Gandhi and Sardar Patel's dream," he said.

"Mahatma Gandhi wanted an India in which the poor, Dalits, adivasi and women are empowered, where cleanliness and health are part of life, where economy is based on swadeshi (local) solutions," Modi said, adding that his government has worked for all this.

"These are not just figures, but this is a proof of our commitment to provide dignity to the poor of the country. In the last eight years, my government has worked for the uplift of the poor," he said.

With and for all

"With the mantra of 'Sabka saath, sabka vikas, sabka vishwas aur sab ka prayas' (everyone's support, everyone's development and everyone's trust), we have given new direction to the development of the country," Modi said.

During the Covid -19 pandemic, the government opened the food grain stocks for the poor, he said.

"As the pandemic started, people faced difficulties in getting the food supplies. So we opened up the food grain stock of the country for the poor people. We provided financial assistance into the Jan Dhan bank accounts of women during the pandemic. We opened our health services for all those who suffered," Modi said.

"And when the vaccine came, we ensured that every Indian gets vaccinated and that too free," Modi said.

He said he did not study poverty from books or through television as he himself went through the phase.

Modi, whose visit to his home state comes around six months before the Assembly polls, said the double engine government (at Centre and state) has ensured fast-paced growth of Gujarat, which he asserted was not the case before 2014.

State assembly elections are scheduled in Gujarat in December.

Modi hailed the Patidar community trust, which set up the 200-bed hospital in rural area of Rajkot, and said he wished that hospital should remain empty. "Nobody should fall sick. We have to build such a lifestyle which helps us in not getting sick," he said.

PM to hold roadshow in Shimla on May 31