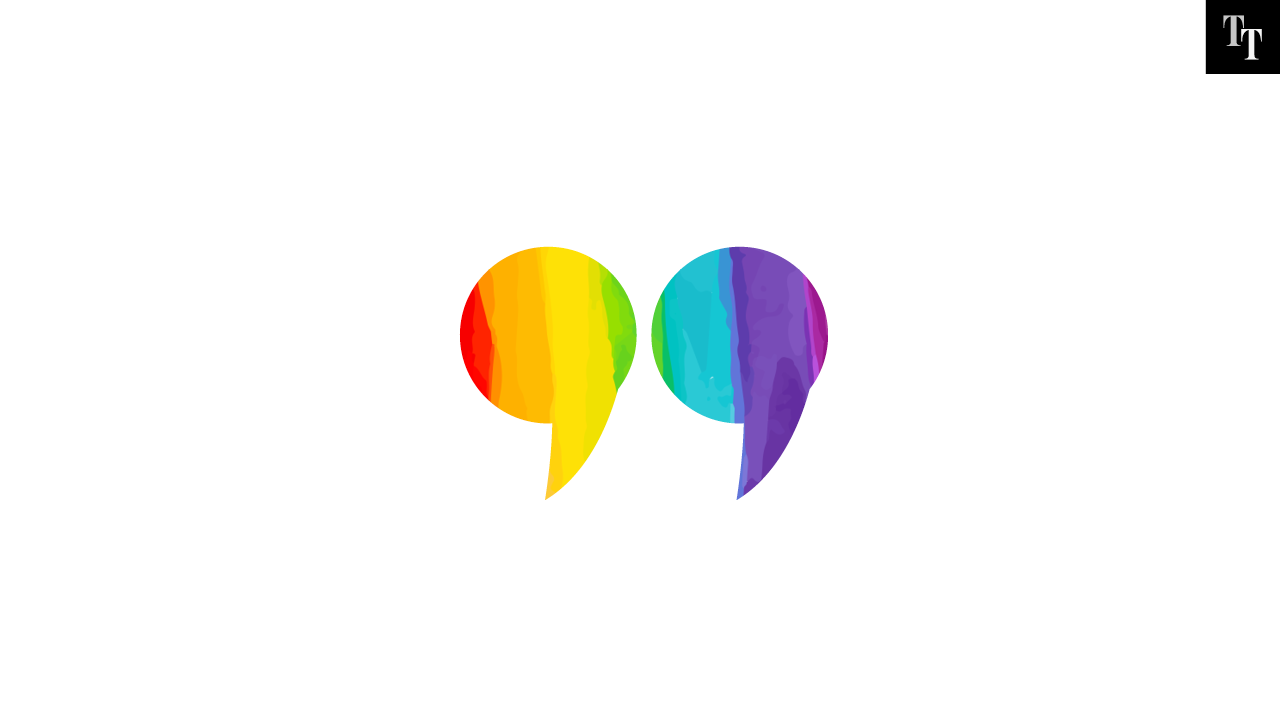 In 2014, Guruswamy was flying with chef Ritu Dalmia who she was friends with. On the plane, the chat moved to the 2013 verdict.

The Supreme Court judge's disbelief that homosexuals existed in the country made Dalmia sit up, just like Mehra.Guruswamy also told the chef that till then, no individual homosexual person had challenged the law as coming out would have meant being labelled a criminal. Only NGOs had filed petitions.

Dalmia did not dither. 'I agreed to be a petitioner in less than 30 seconds. The idea was planted,' she said.

Asked why she decided to put her name in the petition, the chef almost echoed Mehra. This was about people's lives, also her own life.

The cost that homosexuals pay for functioning in society cannot be measured by statistics always, she said.

“I was very angry. As a good citizen of the country, I have brought it fame. I have been honoured all over the world. I pay my taxes like everyone else. I work, spend time with my family and friends like everyone else,' she said. 'Then why the hell was I labelled a criminal?”

In IIT Delhi in the 1980s, when talking about gay rights was taboo, a student Balachandran Ramiah started a group, Pravritti, for students and alumni who were homosexual. It has over 500 members now. Pravritti means inclination.

“Some of us were tracking the 377 case for over ten years… and did awareness campaigns,” Ramiah said. The IPC section came up for discussion in one of Pravritti’s conversations. “Some people thought the IIT is a strong brand, easily recognisable, and would add to the value of the fresh petitions filed in court. We thought we would look like more mainstream, middle-class and educated every day persons.”

One of the faces of the plea was a 19-year-old IIT student, Varun Iyer. In the six pleas filed, he was the youngest petitioner. Through friends, Varun had connected with Ramiah, who convinced him to become a part of the movement. “Bala told me that if you take part, it would add a new angle to the petition,” he said.

IPC Section 377 was challenged legally the first time in 1994 when the NGO AIDS Bhedbhav Virodhi Andolan filed a petition in Delhi High Court. It wasn’t entertained.

The same year that the Naz Foundation filed the petition, Lucknow resident Arif Jafar was jailed for conspiring to promote homosexuality by Uttar Pradesh police in Lucknow. Jafar, who was associated with Naz Foundation International that is a trust registered in the UK, was charged under IPC Section 377.

He spent 47 days in prison in July 2001. Fifteen days of beatings in prison scarred him for life. 'The jail experience was horrible. We were denied drinking water and the beating went on for 15 days until other prisoners complained,” Jafar said. “My family faced harassment as well. The experience cannot be ever forgotten. At that time, I wasn’t in the mental state where I could take a stand.”

“It took me almost a decade to come out of the trauma the jail inflicted,” Jafar wrote in an article in Hindustan Times this year, recounting 18 years that he has lived as a criminal because he is gay.

After reading that article, the Lawyers Collective, an NGO of Supreme Court lawyers Indira Jaising and Anand Grover, requested Jafar to file a petition challenging the section.

The same day, two more cases were admitted by the apex court. One was filed by Anwesh Pokkuluri and Varun Iyer, representing a collective of LGBT students and alumni from IIT Delhi, and the other was by Humsafar Trust, headed by India's most recognised gay rights activist Ashok Row Kavi.

The year Dalmia agreed to become part of the legal fight, a transgender group in Bangalore called Ondede was thinking of ways of using a different judgment in their favour to challenge Section 377.

In the 2014 National Legal Services Authority (Nalsa) v. Union of India case, the Supreme Court had declared transgender people to be categorised as the third gender. It also allowed a transgender person the right to self-identify on gender.

On July 8, 2016, Bangalore-based transgender activists, Akkai Padmashali, Uma Umesh and Suma M filed a petition in the Supreme Court saying that Section 377 still violated their fundamental rights and they wanted it to be declared unconstitutional.

Padmashali alone knew of 50 cases that had been filed against transgender people under Section 377 between December 2013 and 2016. In 2016, Padmashali said, transgender community members held a meeting. 'We fought against all these atrocities. We experienced threats and blackmail in the name of Section 377. We organised a community meeting and resolved to file a petition,” she said.

The apex court in the 2018 judgment conceded that “persons who are transgender, transsexual or intersex often face serious human rights violations” because of IPC Section 377.

In July 2009, Delhi High Court read down portions of IPC Section 377 which were used to target homosexual and transgender people.

The 1861 British-era law said that whoever 'voluntarily has carnal intercourse against the order of nature with any man, woman or animal, shall be punished' for up to 10 years and would be liable to pay a fine.

This 2009 order was overturned in December 2013 by a Supreme Court bench. From then till September 6 this year, LGBTQ sexual relationships were relabelled as criminal.

This year, the Supreme Court heard six petitions before decriminalising gay sex on September 6. The petitioners, from diverse backgrounds, told us what drove them to join the fight.

Sunil Mehra was sipping coffee at home in New Delhi with two lawyer friends, Arundhati Katju and Menaka Guruswamy, who were also his yoga students. What they told him made Mehra fume in the December chill of 2013.

That same month, a Supreme Court bench of Justices G.S. Singhvi and S.J. Mukhopadhaya had struck down a 2009 Delhi High Court on IPC Section 377. In 2009, the high court had read down portions of the law that was routinely used by a section of law enforcers to harass members of the gay and transgender communities.

The lawyers told Mehra that one of the judges had expressed disbelief that India had homosexual citizens. Inside Mehra's head, something snapped.

Mehra is gay and has lived with his partner, the classical dancer Navtej Singh Johar, for over 20 years in New Delhi.

“Guess what! No tails, no horns, no paedophilia, we are regular contributing members of our society. Look at us and you’ll realise that you’re dealing with human beings, not sexual positions,” Mehra remembered saying aloud.

He hit the nail on the head. 'They (the bench) weren’t talking about real life, real people who are involved here, whose lives are impacted because of this stupidity, this illogical thing,” the journalist-turned-yoga practitioner said. He would fight this order, he decided, and he had the advocate for his cause - Guruswamy.

The first person to join Mehra was, of course, Johar.

Mehra and Johar would have probably been the only clients of Guruswamy in the case, but a flight the lawyer made from Goa to Delhi changed that.

When he was asked about the Humsafar Trust's petition, Ashok Row Kavi differed with Dalmia and Mehra on the tone of the appeal.

Kavi called the 2013 Supreme Court order the “disaster of (G.S.) Singhvi”, who was one of the two judges on the bench.

“What surprised us,” Kavi said, “was this flood of petitions that were about personal issues and personal angst. They were saying we pay our taxes and we contribute to society.”

Kavi, who has worked with gay people of all shades, thought such an argument would deny a voice to all sections of homosexuals.

“Our fundamental right was in question here and for that we needed data from the ground…. We tried to show that after Section 377 was reinstated, many people lost their jobs, people were beaten up or harassed. For us, it was more of a community-based issue. That’s when Humsafar decided to go ahead,” Kavi said.

Hotelier Aman Nath and businesswoman Ayesha Kapur, two friends of Dalmia's, became the fourth and fifth co-petitioners. However, Nath and Kapur approached Guruswamy separately as they too wanted to file pleas against the 2013 judgment.

The plea by the five, filed in April 2016, was one of six challenges to Section 377 that the Supreme Court heard.

The five, however, represented a privileged set in society. Dalmia, for one, had never been actively involved in the gay rights movement.

But there were others who had fought longer for their rights by knocking on the doors of India's legal system. They had been disappointed but they were back.

Among the petitioners was a hotelier who wanted to live with his partner in India, three transgender activists, theLGBT rights NGO Humsafar Trust, a 19-year-old IITian, and a gay rights activist who had suffered police beatings for 15 days in prison. 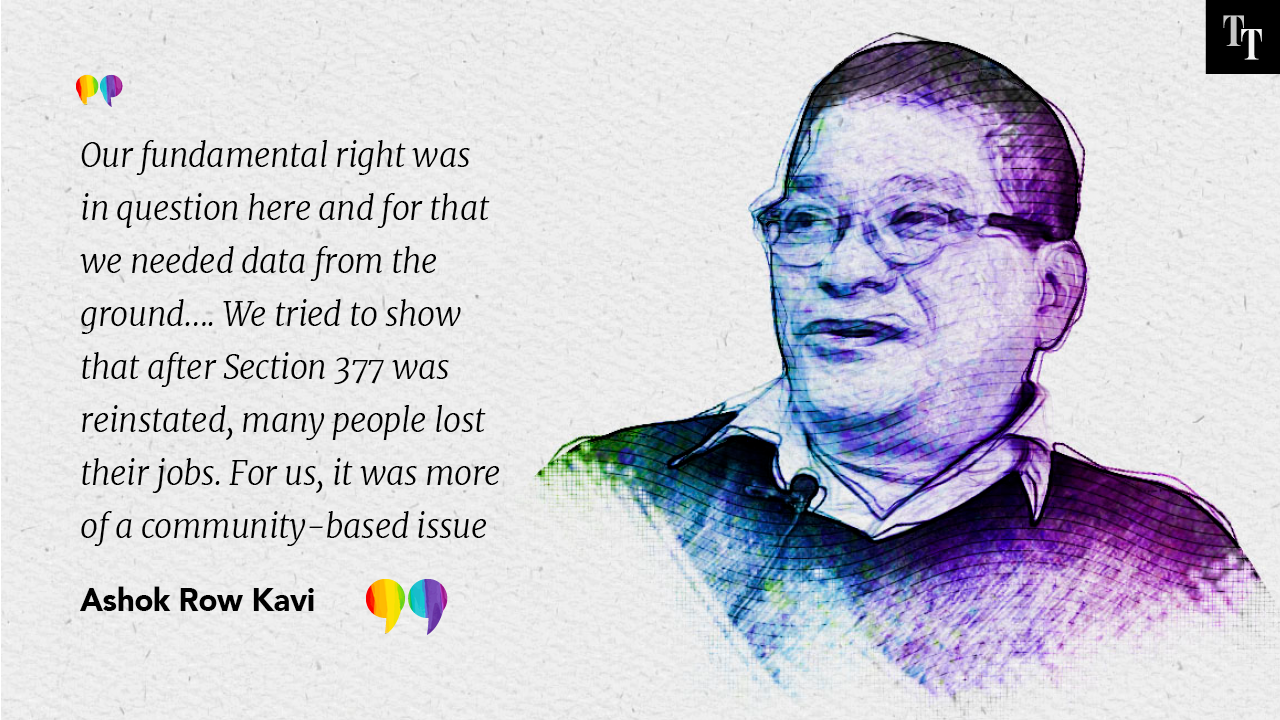 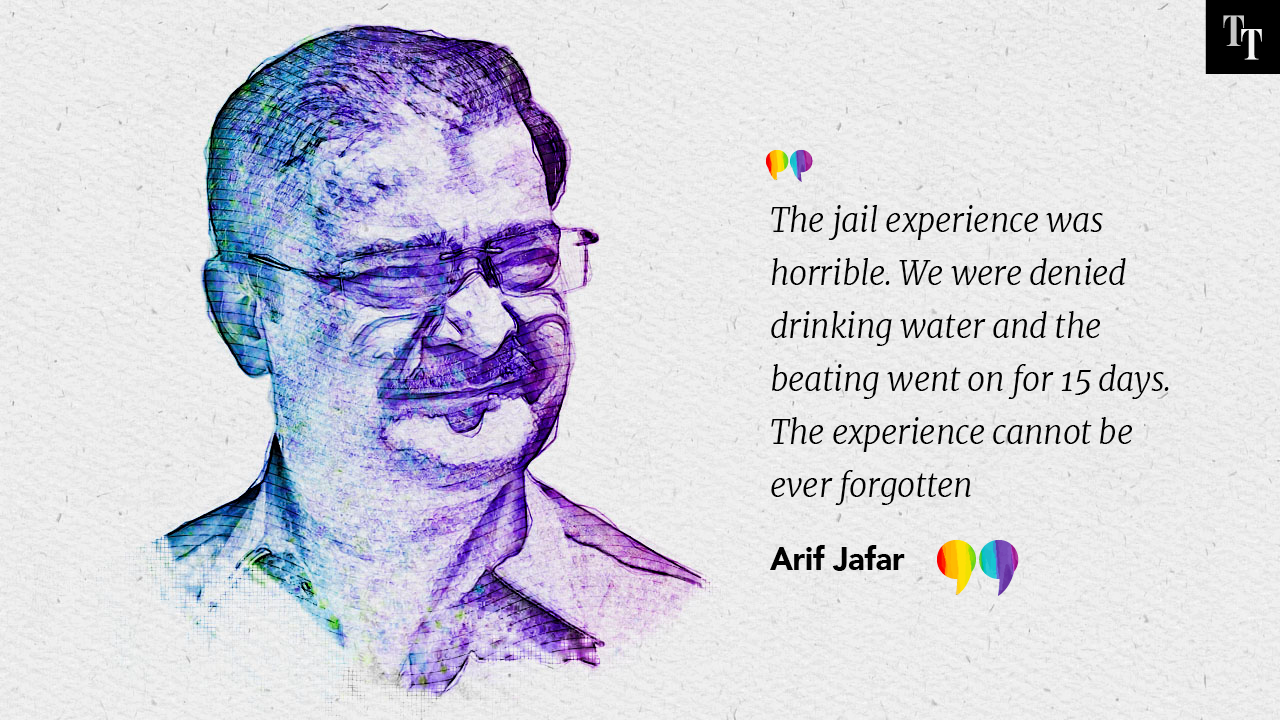 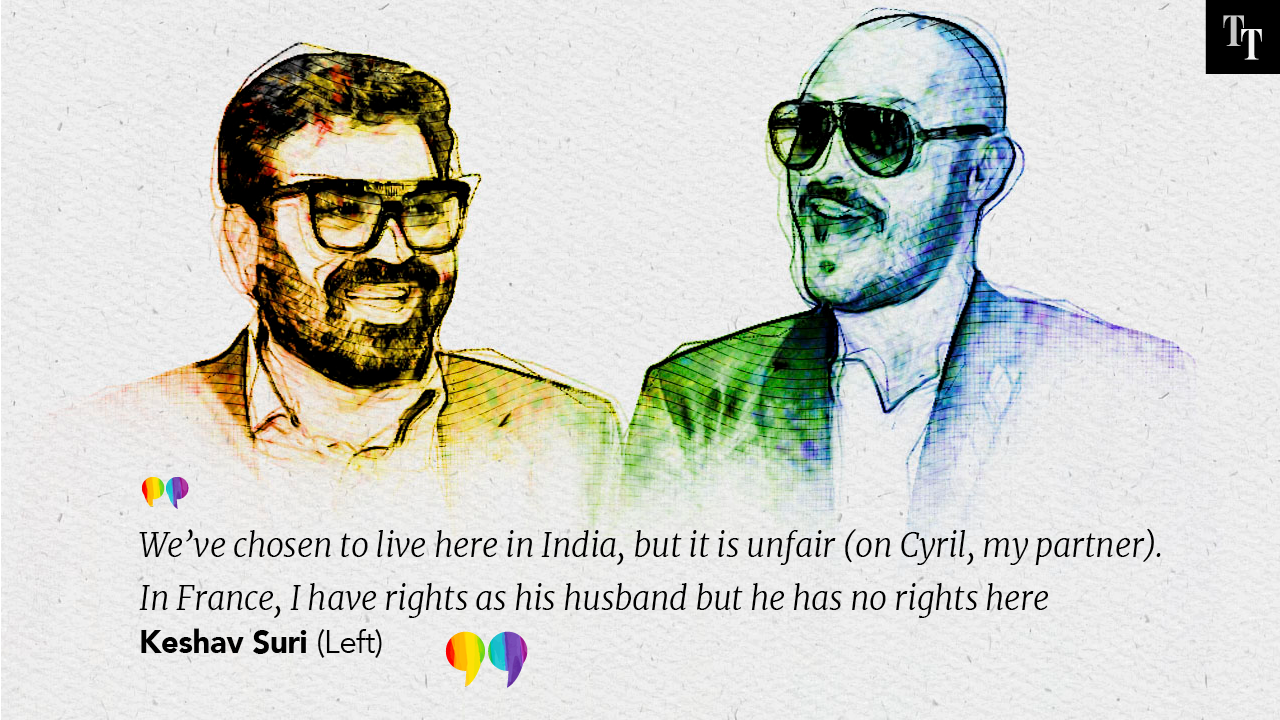 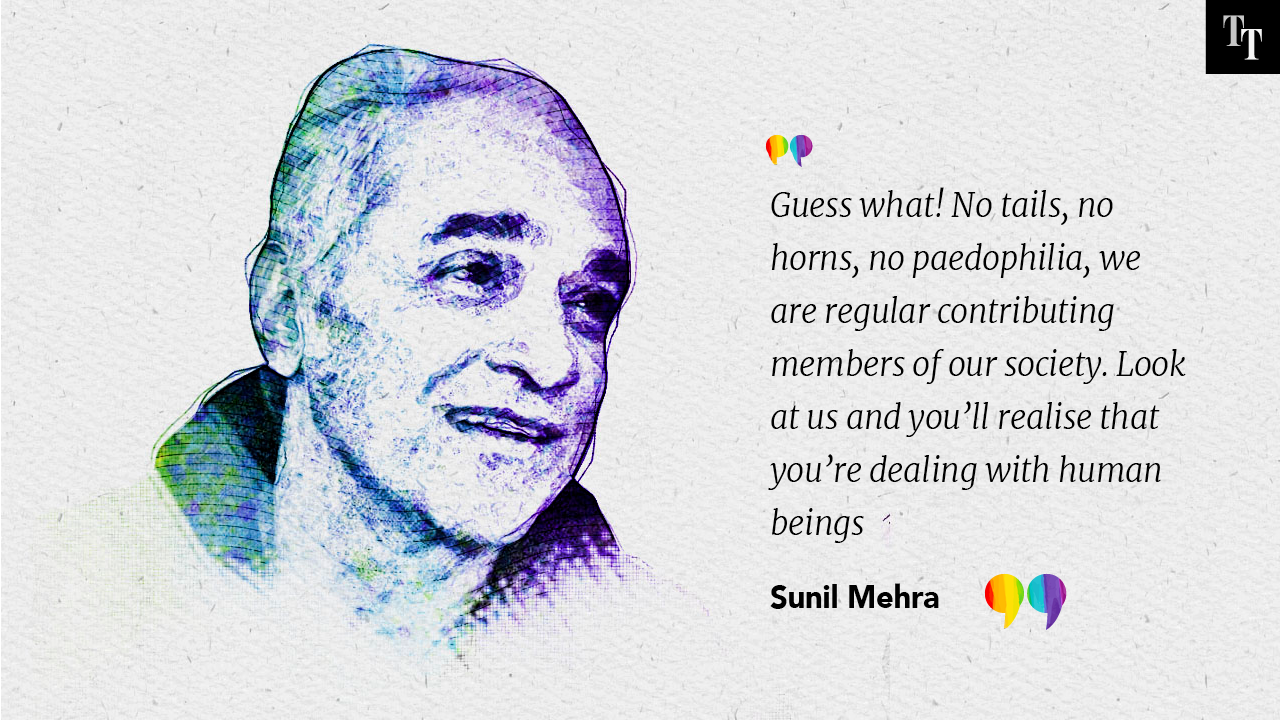 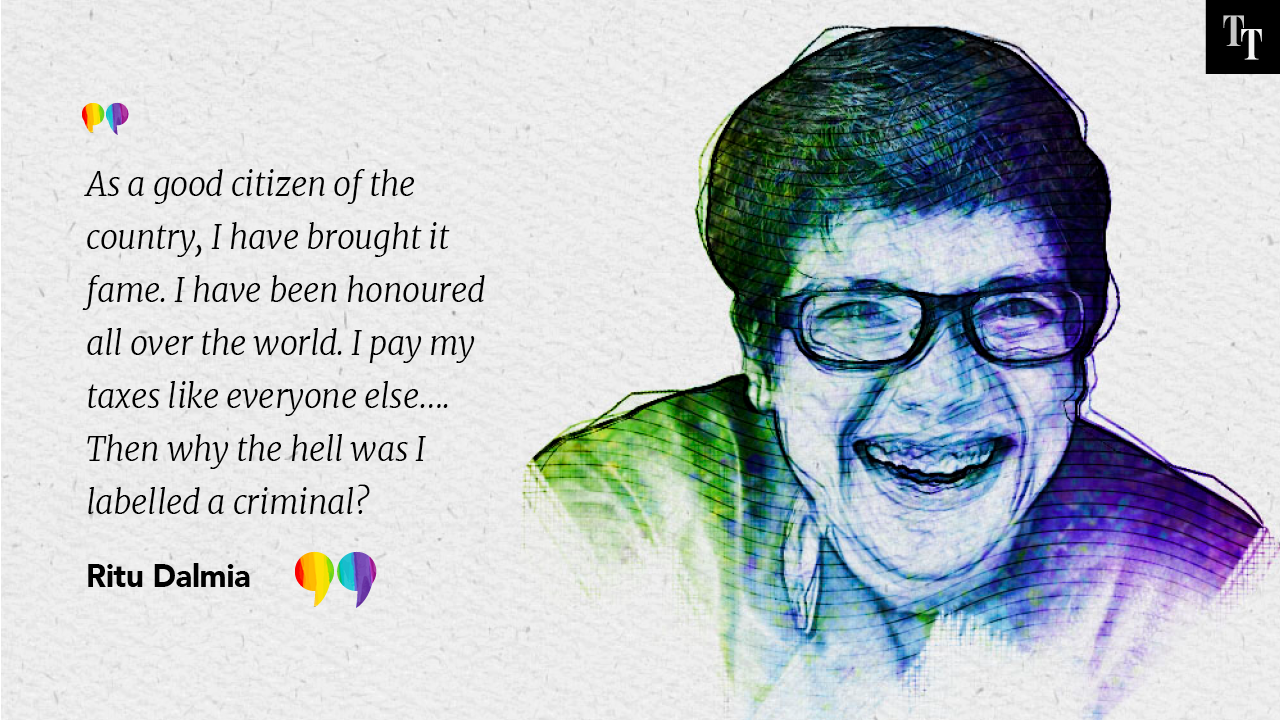 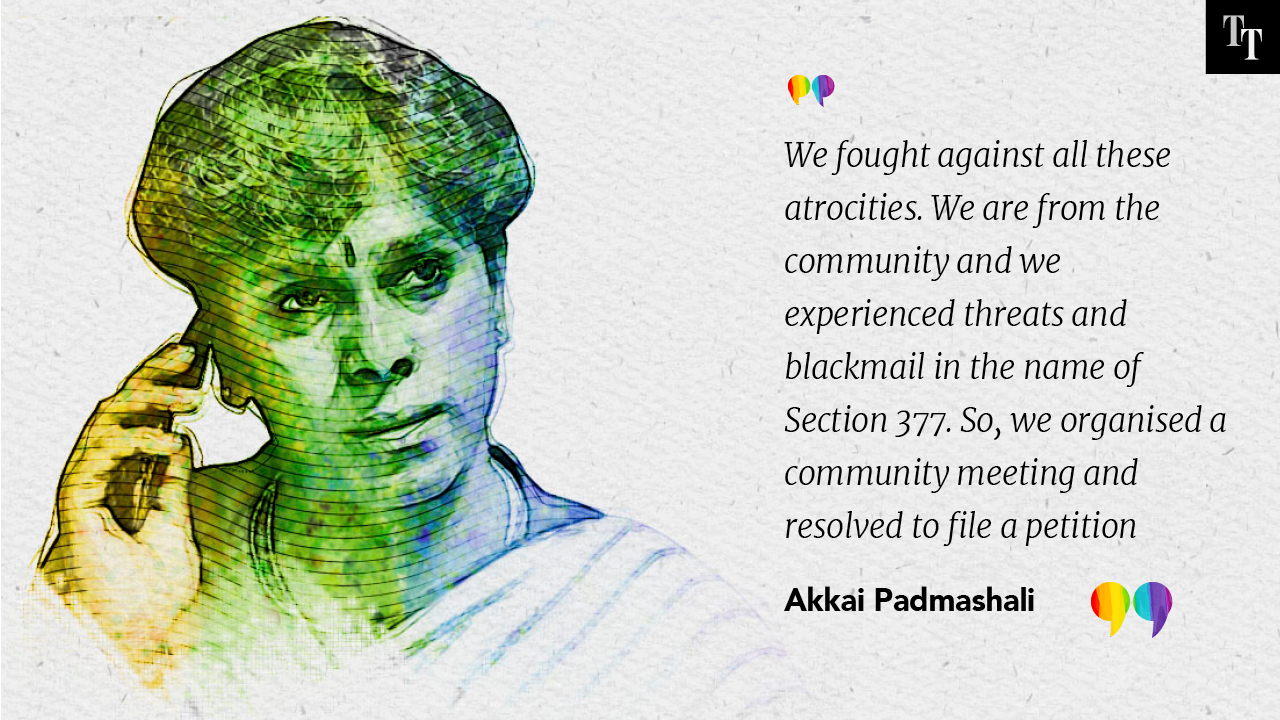 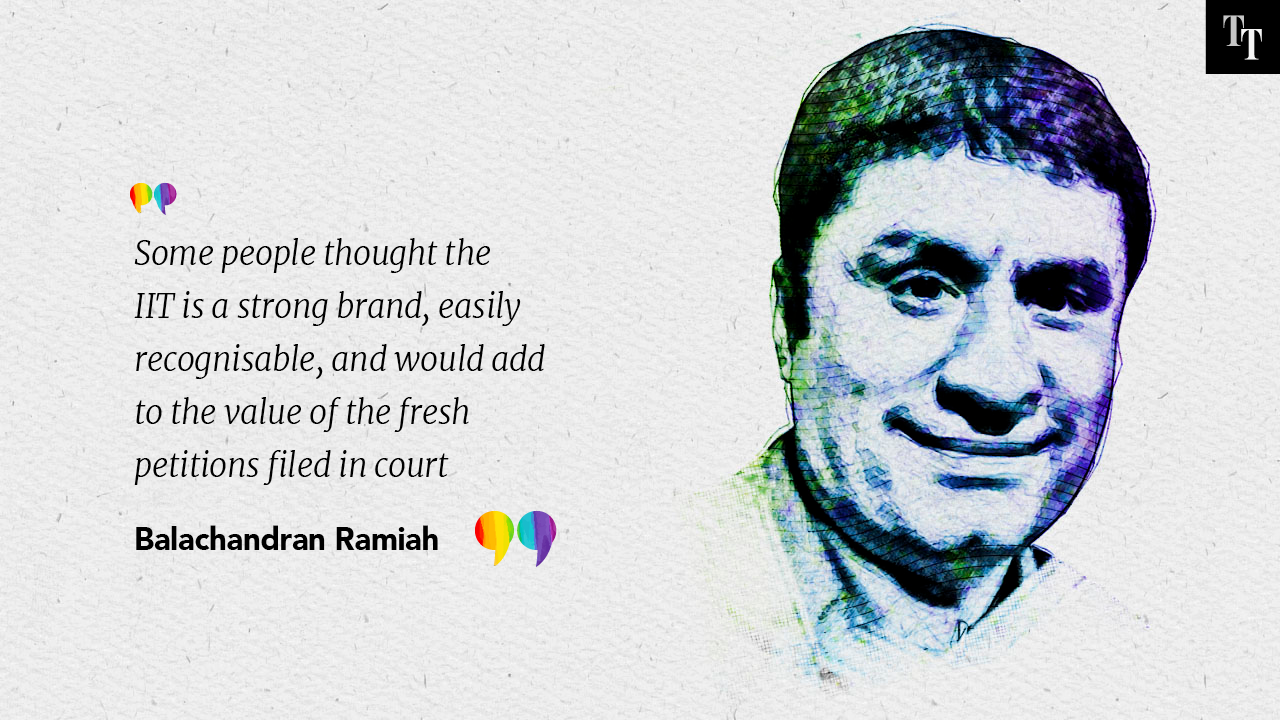 Suri wanted Cyril to have the recognition of a partner, a status he had enjoyed in France. “We’ve chosen to live here in India, but it is unfair (on Cyril). In France, I have rights as his husband but he has no rights here,” he said.

After the 2013 judgment, Suri was worried. He could not go back into the closet. “Once you are out, you are out,” he said.

This June 26, Suri posted a photo of him and Cyril on Instagram. The caption read: “10 years of being miserable together, I loved every second of it. Lead the way for the next 10 years babe, am sure it will be torture but I am a sucker for punishment.”

“When the judgment came (on September 6, 2018) we were very proud… and it has also opened the next course of action. There is no going back now.”

After the September 6 judgment, Dalmia got a message from a stranger. 'She said she came out to her parents and friends because she is no longer afraid of the law,' Dalmia said. 'A thing like this makes the fight so so worthwhile.'

#Legalnow: Seen and heard at the Delhi Queer Pride