A five-judge constitution bench on Thursday unanimously decriminalised private homosexual acts between consenting adults, striking down as unconstitutional a British-era provision that punished such acts with jail terms up to life. 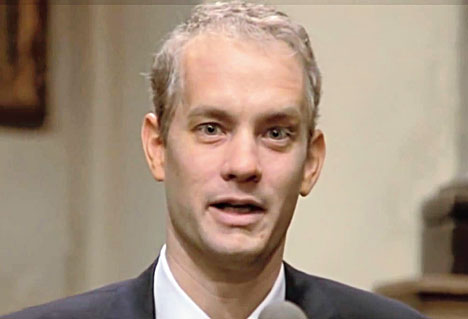 Joe Miller: What do you love about the law, Andrew?

Andrew Beckett: It’s that every now and again — not often, but occasionally — you get to be a part of justice being done. That really is quite a thrill when that happens.

From Philadelphia, one of the first mainstream movies to deal with homophobia. Tom Hanks played Andrew Beckett, a gay lawyer diagnosed with AIDS who was fired by his corporate law firm in Philadelphia. Denzel Washington played the role of Joe Miller, the lawyer representing Beckett in a wrongful dismissal suit

At the 1994 Academy Awards, Hanks, who won the best actor Oscar for playing Beckett, delivered one of the most acclaimed acceptance speeches in the history of the ceremony. Hanks described his high school drama teacher Rawley Farnsworth and a classmate John Gilkerson as “two of the finest gay Americans, two wonderful men that I had the good fortune to be associated with, to fall under their inspiration at such a young age. I wish my babies could have the same sort of teacher, the same sort of friends.”

'History owes an apology to the members of this community and their families.... '
JUSTICE INDU MALHOTRA

New Delhi: A five-judge constitution bench on Thursday unanimously decriminalised private homosexual acts between consenting adults, striking down as unconstitutional a British-era provision that punished such acts with jail terms up to life.

The court, however, said that "all acts of carnal intercourse against minors, and acts of bestiality" would continue to remain punishable.

Thursday's verdict quashes certain provisions in the 157-year-old Section 377 of the Indian Penal Code that made all forms of sex "against the order of nature" a criminal offence.

In the respect of consensual adult sex, the bench said, the section violated Articles 14 (equality), 15 (prohibition against discrimination), 19 (freedom of speech) and 21 (life, liberty and privacy) of the Constitution.

Although the petitions had only championed the rights of the LGBT (lesbian, gay, bisexual and transgender) community, the court expanded their scope to say that "unnatural" consensual sex even between a man and a woman was not a criminal offence.

Delhi High Court had in 2009 legalised consensual and adult gay sex but a two-judge apex court bench had re-criminalised it in December 2013 while saying Parliament could delete Section 377 if it wanted. The political parties showed no such initiative, and private members' bills championing gay rights made no headway.

Pleas from LGBT rights activists, however, prompted the top court in 2016 to refer the matter to a five-judge bench, which a few weeks ago said that when a law violated fundamental rights, the courts could not wait for a government to bring in corrective legislation.

"Freedom of choice cannot be scuttled or abridged on the threat of criminal prosecution and made paraplegic on the mercurial stance of majoritarian perception," the bench said.

"We have no hesitation to say that Section 377 IPC, in its present form, abridges both human dignity as well as the fundamental right to privacy and choice of the citizenry."

The judgment added that Section 377 "fails to take into account that consensual sexual acts between adults in private space are neither harmful nor contagious to society".

Instead, the section strikes a "discordant note in respect of the liberty of persons belonging to the LGBT community by subjecting them to societal pariah (status) and dereliction", said the main judgment, authored by Justices Misra and Khanwilkar.

The other three judges concurred but penned their individual views.

Justice Chandrachud highlighted how the LGBT community faced the risk of deadly infections like HIV as societal stigma and fear of punishment often deterred them from coming out and seeking healthcare. This compromised their right to life.

The court clarified that the judgment "shall not, however, lead to the reopening of any concluded prosecutions, but can certainly be relied upon in all pending matters".

Naz Foundation, an NGO, had moved the original petition in Delhi High Court in 2001. The first to approach the apex court was gay rights activist Navtej Singh Johar. A group of 20 IIT students and alumni also joined the case, opposing Section 377.