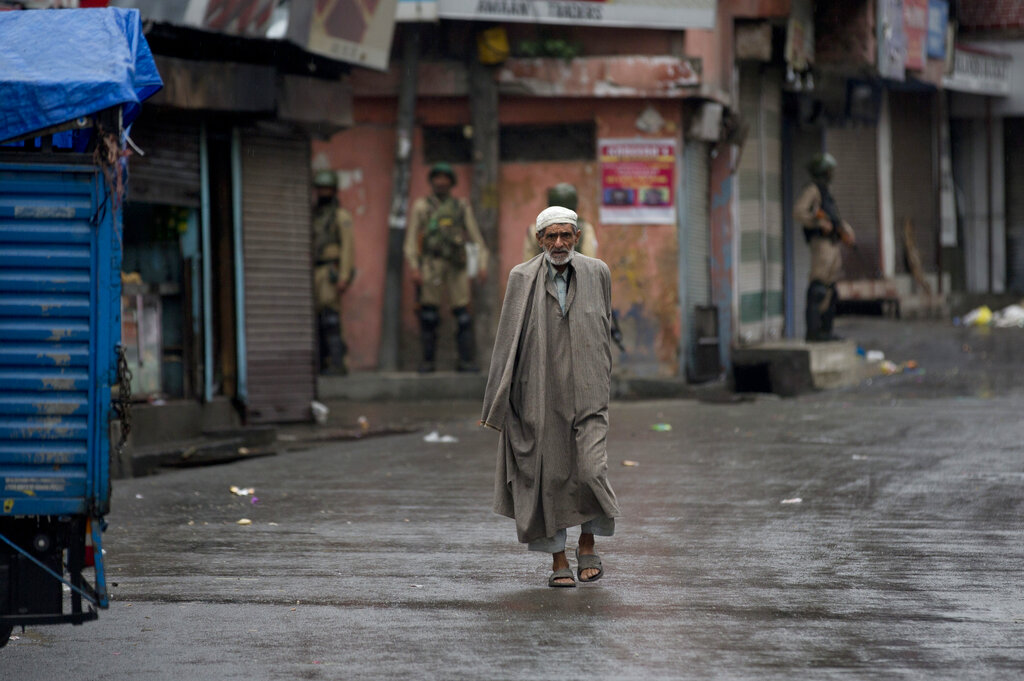 The government’s move to revoke the autonomy of Kashmir has increased anti-India sentiment in the region and will backfire, said the president of the largest Sikh group in Jammu and Kashmir.
AP
Reuters   |   Srinagar   |   Published 14.08.19, 09:47 PM

The government’s move to revoke the autonomy of Kashmir has increased anti-India sentiment in the region and will backfire, said the president of the largest Sikh group in Jammu and Kashmir.

Sikhs represent just 2 per cent of the population in Muslim-majority Kashmir but are spread across the state, engaging in everything from farming and government services to running bakeries and provision stores.

“They have committed a big blunder,” said Jagmohan Singh Raina, president of the All Parties Sikh Coordination Committee, a group of civil and religious organisations from the Sikh community. “They could have changed laws, but at least they should have consulted us,” Raina said in an interview.

The Centre and the Jammu and Kashmir administration did not immediately return emails and messages seeking a response to the comments made by Raina, one of the few community leaders in Kashmir to go public with criticism of India’s step following the detention of over 500 local leaders or activists over the past 11 days.

The Centre has said its lifting of Kashmir’s special rights, which allowed it to create many of its own laws, is meant to bring the state more into the India fold, help combat terrorism and to give the region a chance to grow faster.

The dramatic policy shift is getting widespread support, with even many Opposition MPs backing the BJP on the matter.

The change means that non-residents will be allowed to buy property in Kashmir and state government jobs will not be reserved for residents. To some in the Sikh community, that is a threat as many families own land on which they grow produce and have members who are in government jobs.

Raina, who sells liquefied petroleum gas for cooking in central Srinagar, said he was concerned the government was creating anti-Muslim sentiment and dividing the community.

The Sikh community in Kashmir still bears the scars from the Chittisinghpura massacre in 2000, in which 36 Sikhs were lined up and shot in a village. The Centre had said the atrocity was committed by a militant group.

Raina said the current security clampdown in Kashmir, including the detention of moderate local leaders, meant that “anti-India sentiment has grown stronger”. That, he said, would make it more difficult for someone with nationalist pro-India views to live in Kashmir in the future.

Raina’s views were backed up by Harbinder Singh, a Sikh businessman from Srinagar’s Batamaloo area.

“There is a big problem, it’s not a small thing that (special status) has been revoked. We are extremely disappointed,” he said.

Singh said he feared for the future of the Kashmiri Sikh community.

“We Kashmiris didn’t have much, we just had this special status, and now this is also taken from us. This will mean that our people will find it hard to get jobs here.”