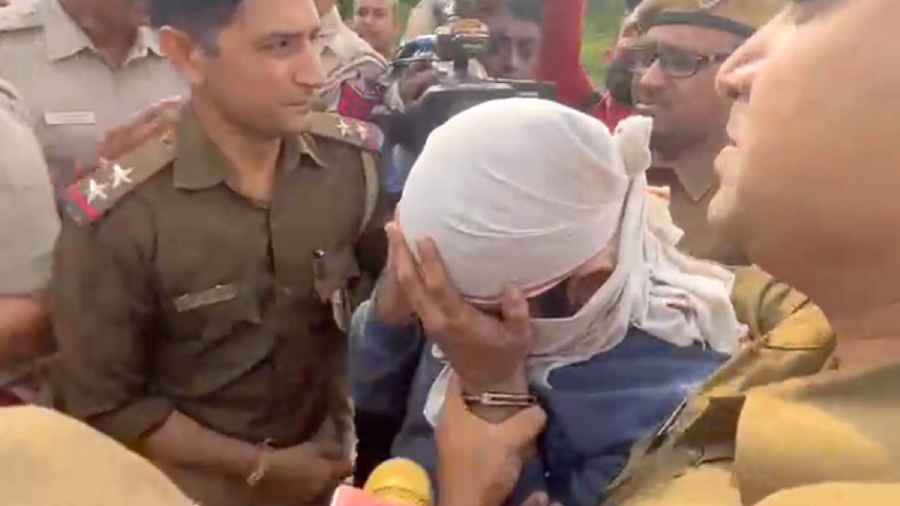 The test could not be conducted on Wednesday as the 28-year-old was down with a fever and cold, they said.

An official from FSL said, "He has been brought by the police here and the process of polygraph test has started."

The delay in the completion of the test has also put off Poonawala's narco test.

The Polygraph test records physiological phenomena such as blood pressure, pulse rate and respiration, and the data is used to determine whether the person is speaking the truth.

The narco analysis, on the other hand, involves administering the individual medication which reduces their self-consciousness and allows them to speak freely.

Poonawala allegedly strangled his live-in partner Walkar (27) and sawed her body into 35 pieces which he kept in a 300-litre fridge for almost three weeks at his residence in South Delhi's Mehrauli before dumping them across the city over several days past midnight.

The murder took place in May.

Poonawala has to undergo a set of tests to ascertain his emotional, mental, physiological and psychological well-being. The narco analysis cannot be conducted if he is found to be "disturbed" in the preliminary tests.

On Tuesday, Poonawala had undergone the first session of the polygraph test, also known as the lie detector test, at FSL, Rohini.