Temperature dips in Valley, militancy-related violence on the rise 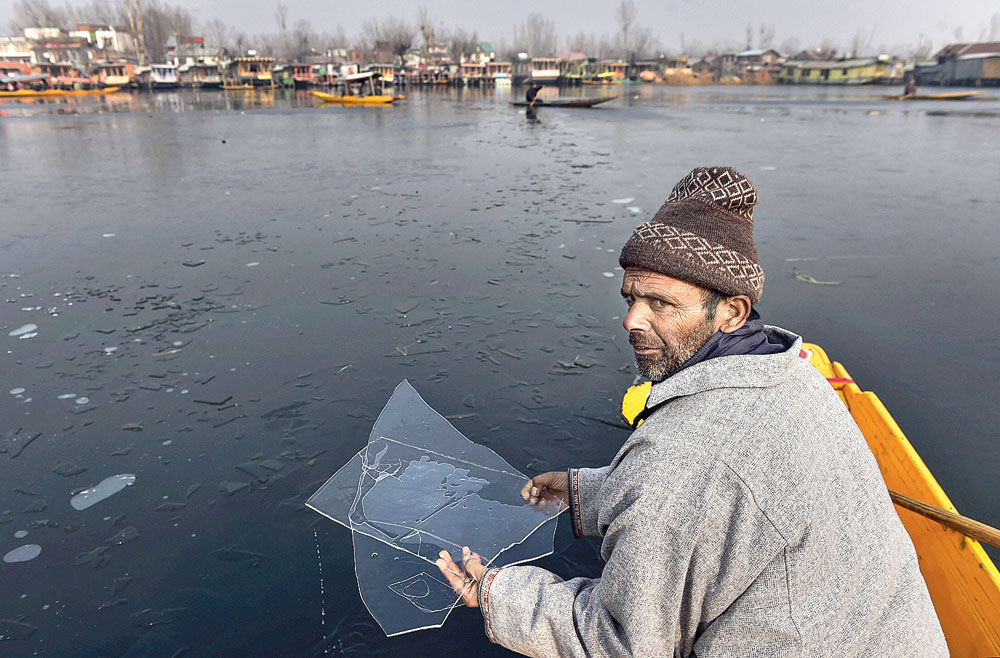 The weather has deepened Kashmiris’ pain, visiting upon the Valley its coldest December in a decade to cap a year that has witnessed its worst bloodshed in a decade.

Temperatures five or six degrees below zero have partially frozen the Dal Lake and several other water bodies and clogged many of the pipes supplying drinking water to households.

The cold wave, which arrived last week, is predicted to last a few more days.

Not that November had been kinder. The Valley had witnessed snowfall on November 4-5 — again a first in a decade — which played havoc with its apple orchards and prompted the authorities to declare a “special natural calamity”.

According to the state government, the snowfall cost the horticulture industry Rs 500 crore.

Close to 450 people have died in militancy-related violence in Kashmir this year, the highest since 2008 when around 500 were killed.

Officials said that Sunday night was the Valley’s coldest night in 11 years, with the minimum temperature dipping to minus 6.8 degrees Celsius in Srinagar city after hovering around minus 5 degrees for several days. Tourist hotspot Pahalgam was even colder at minus 7.5 degrees.

Public heath has taken a hit because of the extremely cold and dry conditions, with the elderly and the children the worst sufferers. Planned and unplanned power outages too have affected households badly.

Earlier, the government’s adoption of a muscular policy had led to the deaths of 260-odd militants, about 100 security force personnel and 84 civilians in insurgency-related violence this year.

Most of the civilians fell to the forces’ bullets near encounter sites, while trying to rescue the trapped militants or while protesting against their deaths at the troops’ hands.

Seven civilians died and dozens were injured in firing by the security forces at Sirnoo village in Pulwama, south Kashmir, on December 15 —the highest ever civilian toll at an encounter site.

Educated young men joined the militants in larger numbers this year, and many of them were killed in encounters.

Among them was Mohammad Rafi Bhat, an assistant professor at Kashmir University with a doctorate in sociology. He was killed in May, only a day after he had joined the militancy.

PhD scholar turned militant Abdul Mannan Wani, whose write-ups were emerging as a challenge for the government, was killed in October.