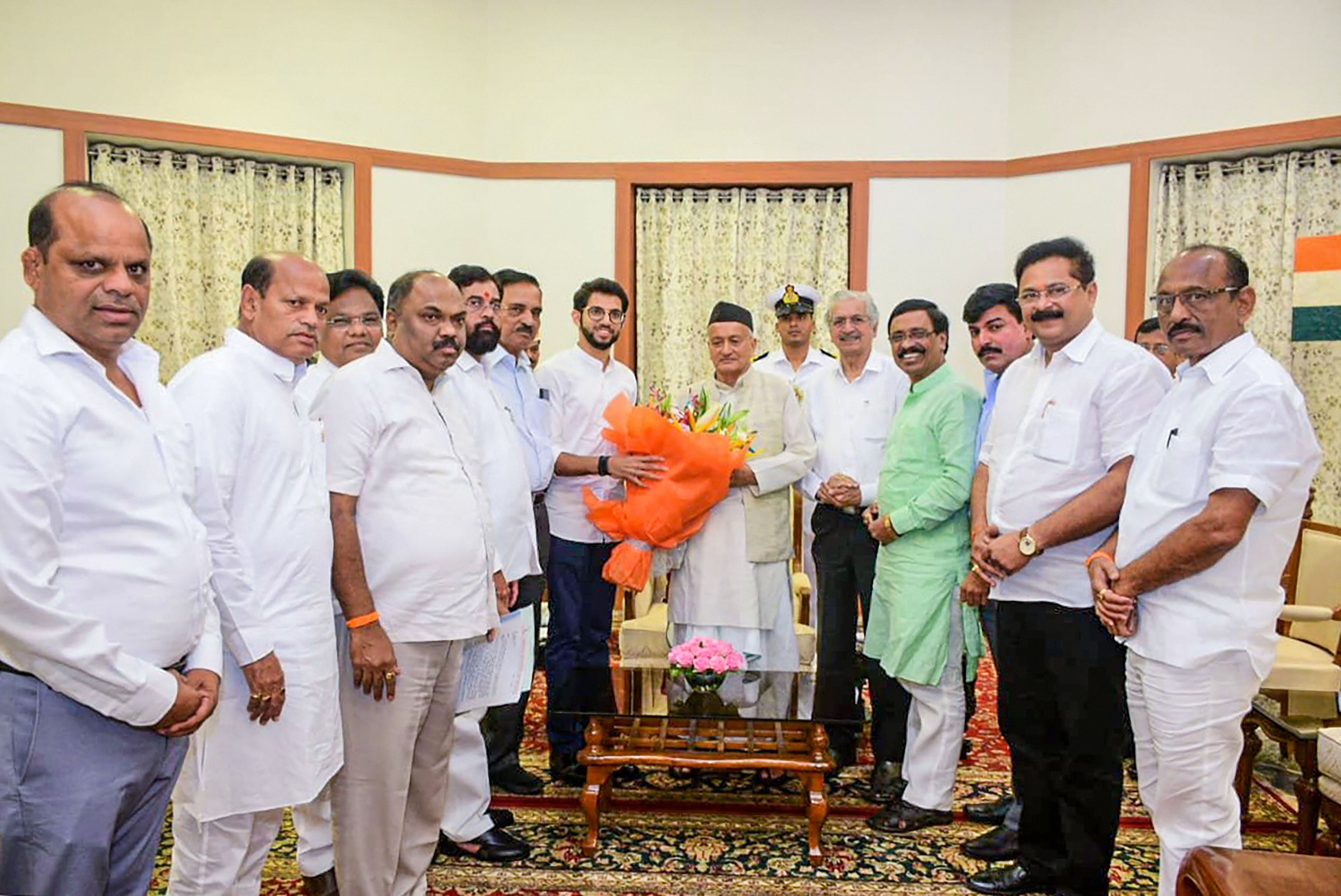 Shiv Sena leaders Aaditya Thackeray, Eknath Shinde and others meet Maharashtra Governor B. S. Koshyari to stake claim to form the government in the state, at Raj Bhavan in Mumbai, Monday, November 11, 2019.
PTI
The Telegraph And PTI   |   Mumbai   |   Published 12.11.19, 11:23 AM

The Shiv Sena on Tuesday moved the Supreme Court against Maharashtra governor Bhagat Singh Koshyari's refusal to grant more time on Monday night to the party to submit the required letters of support to form the next government, a party leader said on Tuesday.

The Sena, which is trying to form a coalition government with the support of the NCP and the Congress, had failed to secure the requisite letters from both the parties at that time.

Sena leaders had met Koshyari ahead of the 7.30 pm deadline on Monday to stake claim to form the government.

'The Sena has filed a petition in the Supreme Court against the Maharashtra governor's refusal to extend the time. We had asked the governor to give us three days to submit the requisite letters of support. We could have proven our numbers in a floor test later,' Sena leader Anil Parab told a news channel.

He said senior lawyer Kapil Sibal would represent the Sena in the Supreme Court.

After the Sena failed to submit the letters of support of the MLAs, the governor had invited the NCP, the third largest party in the 288-member Assembly with 54 MLAs, to 'express ability and willingness' to stake claim to form the government on Tuesday night.

According to a statement tweeted by Koshyari's office, the governor 'is satisfied that the government cannot be carried on in accordance with the Constitution, (and therefore) has today submitted a report as contemplated by provision of Article 356 of the Constitution.'

The Union cabinet has also recommended President's rule in the state.