Possible tie-up with the NCP-Congress 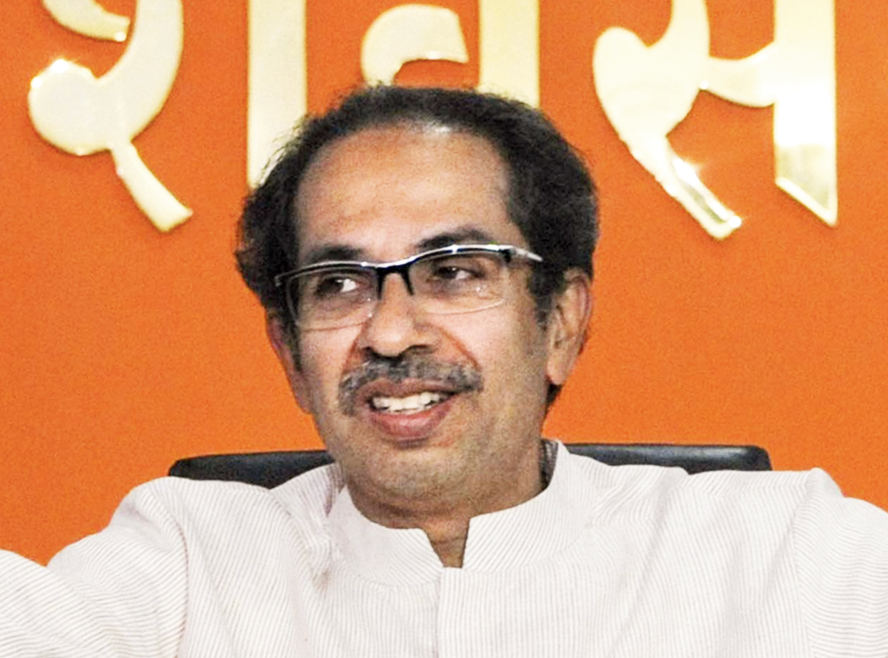 Shiv Sena chief Uddhav Thackeray on Friday slammed “Amit Shah and company”, said he wanted no truck with “liars” and appeared to hint at a possible tie-up with the NCP-Congress, asking whether the BJP had been right to form a government with Mehbooba Mufti.

Governor Bhagat Singh Koshiyari can now recommend President’s rule or allow others to stake claim to form the government.

But rather than the options before the governor, it was the acrimony between the long-time Hindutva allies, who accused each other of lying about a purported agreement on sharing the chief minister’s chair, that had everyone riveted.

Uddhav came out guns blazing after Fadnavis accused him of lying, hobnobbing with the NCP-Congress and denigrating Prime Minister Narendra Modi.

“We have to think whether to continue our alliance with a party that hasn’t spared even PM Narendra Modiji,” Fadnavis told reporters after resigning.

Uddhav, addressing the media later, retorted: “I don’t want to keep any relationship with liars.”

He claimed that BJP president Amit Shah had approved the formula to share power equally, including the chief minister’s chair.

Uddhav repeatedly referred to the BJP disparagingly as “Amit Shah and company” while claiming that Fadnavis was a friend, subtly pandering to Marathi pride.

“Maharashtra has more faith in the Shiv Sena and the Thackeray family than in Shah and the BJP,” he said.

Asked whether his party could tie up with the NCP-Congress, Uddhav claimed that the Sena had held no talks with the Opposition combine over government formation but appeared to drop a subtle hint.

“You (the BJP) formed the government with Nitish Kumar (in Bihar) and Mehbooba Mufti (in Jammu and Kashmir). Was that right?” he said.

“You (Modi) went to (then Pakistan Prime Minister) Nawaz Sharif’s birthday. Was that right?”

Both sides stopped short of announcing a split, keeping the option of coming together later. But Uddhav said there was no question of retracting the demand for the chief minister’s post, making it clear that a rapprochement was difficult since the BJP too is insisting it won’t share the top job.

Union minister Nitin Gadkari, whom the central leadership had rushed in to fight the fire, appeared to have given up too. He said the allies should come together to form the government but sounded none too hopeful.

Gadkari said he had spoken to Shah over the Sena’s claim of a 50:50 power-share agreement and been told the BJP chief had not given his word on this.

“He told me that after the seat-sharing talks for the Lok Sabha polls were over, the Sena leadership did propose a 50:50 power-share agreement and the sharing of the chief minister’s post,” Gadkari said.

“Shah, however, says he told the Sena leadership, ‘We will talk about the Assembly polls later’ and rose. This means no agreement was reached. I’m sure Amit Shah will not lie.”

Gadkari’s statement seemed to contradict Fadnavis, who had claimed that sharing the chief minister’s post had not even been broached. Fadnavis had been present at Shah’s meeting with Uddhav ahead of the Lok Sabha polls.

Both the BJP and the Sena insisted it would form the government with its own chief minister.

“I had promised to install a Shiv Sainik as chief minister to my late father Balasaheb Thackeray, and we will achieve it even without the BJP,” Uddhav said.

Fadnavis said: “Nobody other than the BJP can form the government, and we’ll have our chief minister too.”

He said the governor had asked him to continue as caretaker chief minister.

Uddhav took a dig at the BJP’s 2014 campaign promise of “achchhe din”, the November 2016 demonetisation and the Modi government’s Ganga-cleaning drive.

“They lied to the people by promising ‘achchhe din’, and the demonetisation ruined the lives of people,” Uddhav said. “BJP leaders have been polluted while cleaning the Ganga.”

Uddhav denied Fadnavis’s accusation that he had belittled Modi and cited how the Prime Minister had called him a “younger brother” twice in recent public meetings.

He asked how the BJP could embrace Dushyant Chautala, the Haryana leader whom the media had quoted as asking: “How will these two Gujaratis (Modi and Shah), in whose state people are afraid to join the armed forces, teach us nationalism?”

Uddhav played the purported video of the Dushyant remark.