'Somebody had to step back,' says the veteran politician 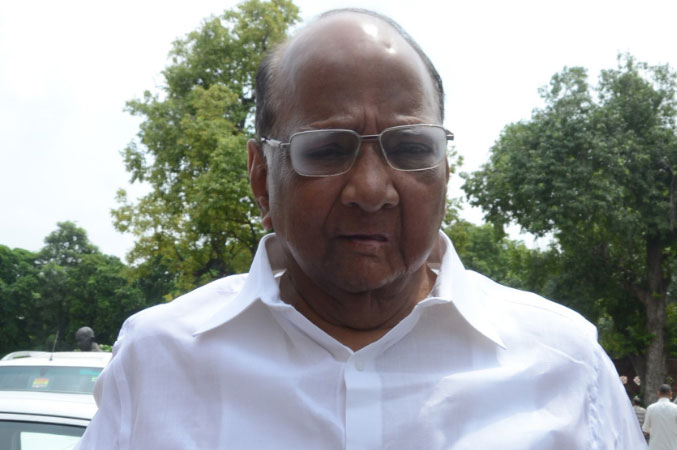 Sharad Pawar, the Nationalist Congress Party (NCP) chief, has said he will not contest next month’s Lok Sabha election.

The 78-year-old politician said that as two members of his family are going to contest the polls, “somebody had to step back”.

“Since I have already won the elections 14 times, I decided not to contest the poll (this time),” the Rajya Sabha member told reporters after meeting party leaders.

“Somebody from our family had to step back and I decided to give an opportunity to the young leadership. I thought this was the right time to take this decision,” he said.

Pawar announced that Parth Pawar, his nephew and former deputy chief minister Ajit Pawar’s son, will be the NCP’s candidate from the Maval Lok Sabha constituency.

“Jayant Patil (of Peasant and Workers Party of India), whose party has a good presence in three of the six Assembly segments in Maval Lok Sabha constituency, urged me to give the ticket to Parth as his party is ready to work for him.

“We also have a strong presence in the other three constituencies and we thought of giving an opportunity to the young leadership by giving the ticket to Parth from Maval,” he said.

Ajit is an NCP MLA from the Pune district.

Pawar had earlier said he was reconsidering his decision of not contesting the Lok Sabha election.

He had said his party workers wanted him to contest from Madha constituency in Solapur district, currently represented by NCP leader Vijaysinh Mohite Patil.

“There was a lot of insistence (from within the NCP) that I contest from Madha. However, my candidature hasn’t been declared yet,” he said.

Pawar, who always won from his home turf Baramati in Pune, announced in 2012 that he would not be contesting Lok Sabha elections.