Whatever the eventual political outcome of their demands, the liberation of the spirit of the community, and its women in particular, will be here to stay 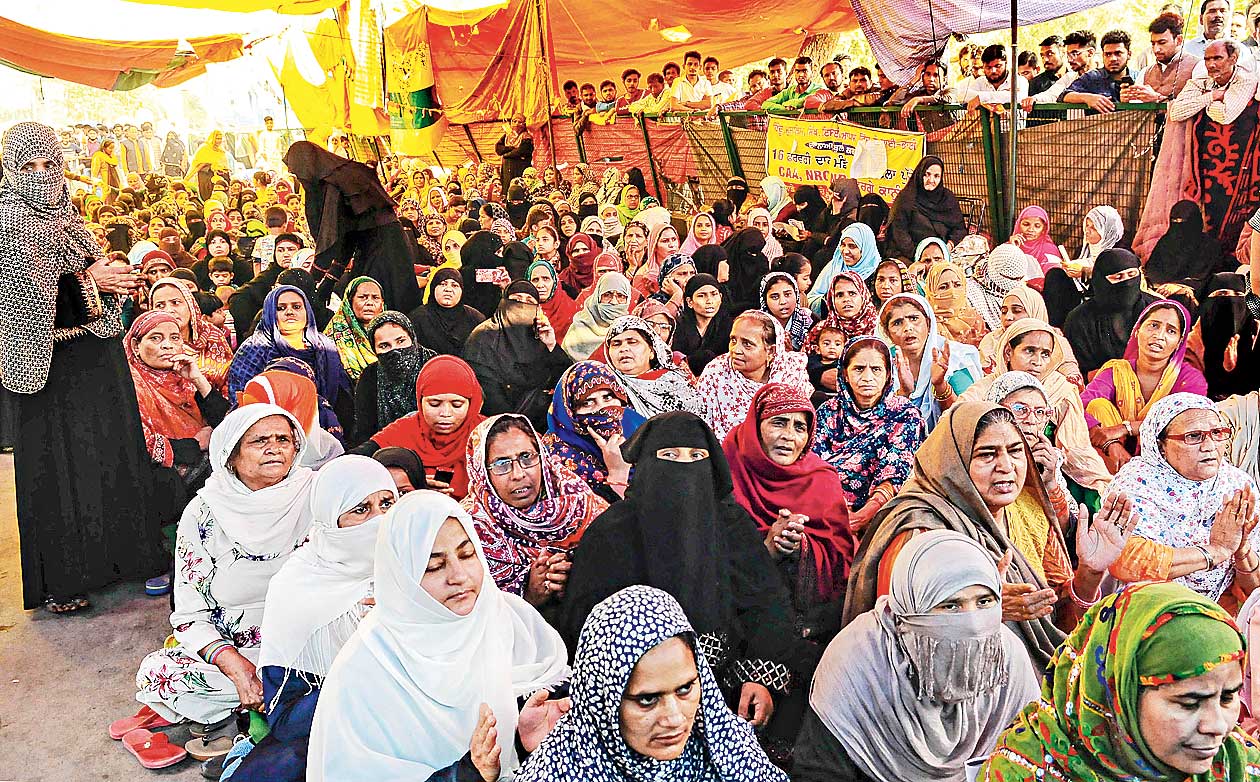 Even before the dust could settle after the most vicious and unseemly election campaign witnessed in India since 1947, the hatred and the poison injected into the people erupted in northeast Delhi in the form of the capital’s worst communal riots in decades.

Although the violence has simmered down, there appears little restraint on those who have been the most active purveyors of hate. It is useful to assess the recent past and prepare for the future.

The Shaheen Bagh protest has been eulogised by many and dismissed by others. Whatever perspective one chooses, it’s undeniable that it has become the inspiration for a large number of similar peaceful and determined protests by groups of women across India, from metropolises to obscure cities and towns.

Although Muslims have led the protests, they have not been the only participants — there has been a wide measure of non-Muslim support. Justifying its name, Shaheen (Falcon) Bagh has indeed soared as a falcon.

There are three distinct takeaways from the Shaheen Bagh phenomenon. First, the Muslims as a community have emerged from a state of withdrawal and firmly demanded their rights as citizens of India, without seeking any crutches of political support.

Second, Muslim women have liberated themselves from the taboos that kept them confined to their homes in large parts of India. Veiled women have been able to look their interlocutor in the eye and firmly claim that neither “mard” nor “maulvi” would stand in the way of their demanding a just future.

Whatever the eventual political outcome of their demands, the liberation of the spirit of the community, and its women in particular, will be here to stay.

Third, the women of Shaheen Bagh have reclaimed for the nation what others had ceded to an aggressive nationalism of violence, hatred and divisiveness — our flag and our national anthem. Besides, the nation has been reminded that the ultimate guarantor of our freedom is the Constitution of India.

A different positive takeaway from this episode has been the acknowledgement by home minister Amit Shah that the campaign of hate had not been to the BJP’s advantage. This acknowledgement, however, has not been reflected in the events that followed in Delhi or in the conduct of his party members.

One must hope that the Delhi riots will not be used as a template to convert peaceful civic protests against questionable legislation into a Hindu-Muslim binary and to use violence or the threat of it to throttle dissent.

Finding similarities between the Germany of the 1930s and today’s India is becoming commonplace, to the extent that a major leader of the parivar has had to issue a caution about the use of the word “nationalism” because of its association in the public mind with Nazism and fascism.

Similarities do abound. The Nuremberg laws, framed to preserve the purity of the German blood, are echoed in the campaign against “love jihad”. The redefinition of citizenship was an integral part of creating a pure German state, and this would explain the concern being felt in India over the current citizenship issues.

Those considered “vermin” in Germany have their equivalents in the “termites” of India today.

The call for “revenge” and the collective fines imposed in Uttar Pradesh are reminiscent of similar episodes in Germany.

In 1930s Germany, supporters of the establishment would turn not to logic or facts but to attacks on personalities, largely accused of being communists or foreign agents. As in Germany, xenophobia is being nurtured and the merits of issues are being buried under accusations of being anti-national or dismissed by virtue of the distinctive dress of the protester.

The obfuscations and changes of tack with regard to the detention centres and the NRC is a reminder of the Nazis’ use of the lie in Germany to achieve their objectives.

Hitler’s fascination with mega projects possibly finds a reflection in the plans to rebuild Rajpath. The Germans largely had the Versailles Treaty to be resentful about; we have centuries of history to misread, hyperventilate over and avenge as we systematically tear ourselves apart.

The immediate issue confronting the country is the triad of the CAA, NPR and NRC. The CAA is constitutionally wrong. But it is the twin prongs of the NPR and the NRC that pose an existential challenge to India as we know it.

A former president of the ruling party recently declared that for the party, ideology takes precedence over votes. The founding ideology of Hindutva also entails a Hindu rashtra, where Muslims, Christians and communists, in particular, would not be equal to the majority community.

If this remains a part of the ideology of the BJP, the similarity with Hitler’s Germany becomes striking. And the citizens of India have a right to know the premises and promises on which they exercise their franchise.

It is the continuing obfuscation on the issue of citizenship that has caused the protests across India. What is apprehended is that with the tweaking of the CAA and now of the NPR, the field will be open for even junior functionaries to declare individuals as “doubtful” citizens, with unimaginable consequences for these individuals and their families as the aborted Assam exercise has so painfully demonstrated.

There need be no detention centres or expulsions, there is already the threat of disfranchisement, of being deprived of civic rights, at any moment of choosing.

These concerns have to be met with meaningful debate and cast-iron guarantees instead of vague assurances and references to future timetables. Or with violence. It needs to be established, by reason and not by diktat, how these measures serve India’s national interests.

Until this is done, these measures would have to be questioned and opposed by the people and the states in keeping with, and in defence of, the Constitution of India.

Deb Mukharji is a former high commissioner to Bangladesh