The top court, however, refused to pass a direction to clear the road, saying 'it can't be done ex-parte' 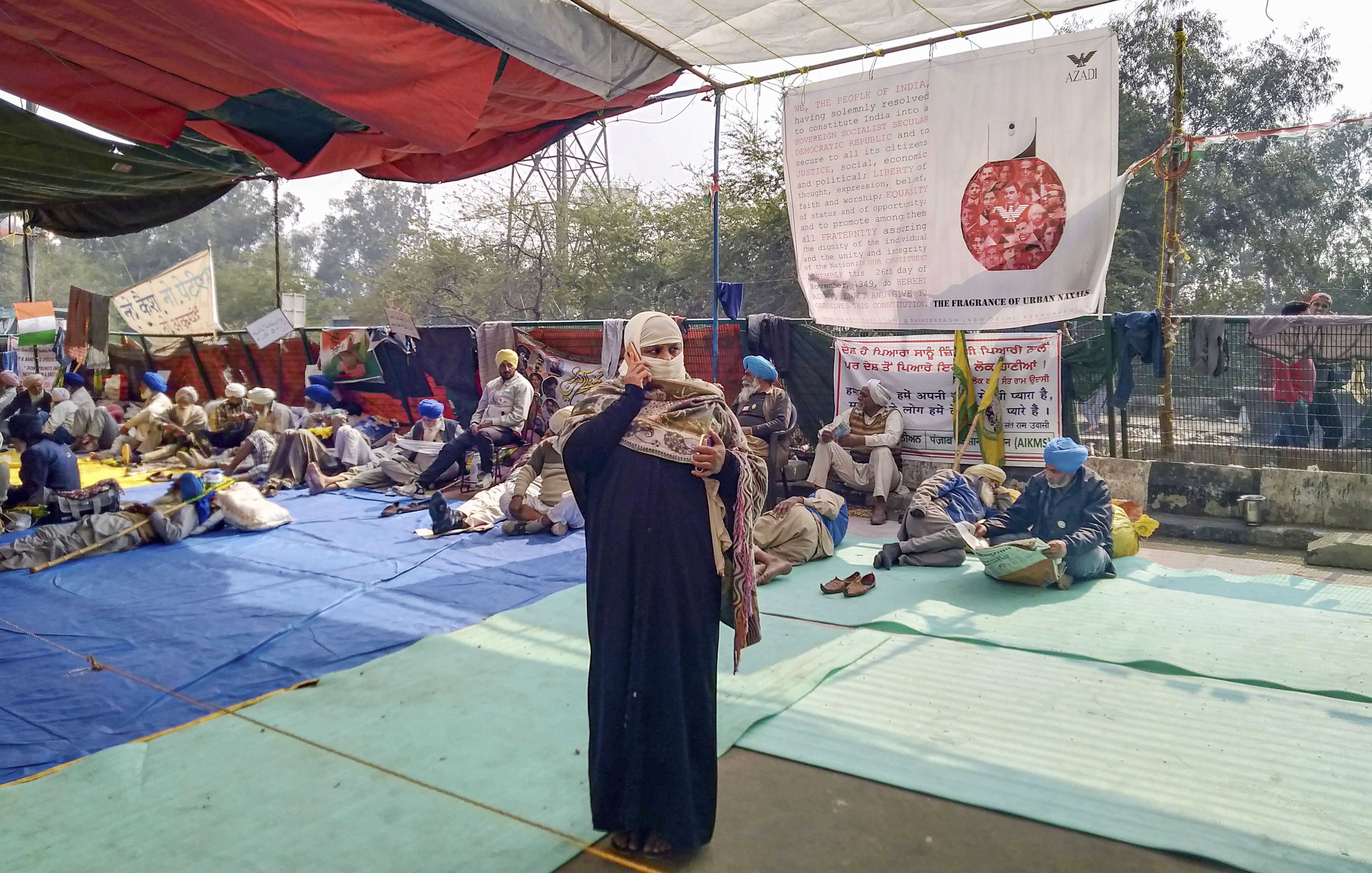 Protesters at Shaheen Bagh during a demonstration against CAA and NRC in New Delhi, Saturday, February 8, 2020. The apex court has said that the protest at Shaheen Bagh has been going on for long but it cannot create inconvenience for others.
PTI
PTI   |   New Delhi   |   Published 10.02.20, 10:22 AM

The Supreme Court on Monday said the anti-CAA protesters at Delhi's Shaheen Bagh cannot block public roads and create inconvenience for others.

The apex court issued notices to the Centre, Delhi government and the police on pleas seeking removal of protesters from Shaheen Bagh.

'There is a law and people have grievance against it. The matter is pending in court. Despite that some people are protesting. They are entitled to protest,' a bench comprising justices S. K. Kaul and K. M. Joseph said.

'You cannot block the public roads. There cannot be indefinite period of protest in such an area. If you want to protest, it has to be in an area identified for protest,' the bench said.

The apex court further said that the protest at Shaheen Bagh has been going on for long but it cannot create inconvenience for others.

The bench said it would not pass any direction without hearing the other side and posted the matter for February 17.

At the outset, advocate Amit Sahni, one of the petitioners in the case, said that the question in this matter is about the extent of right to protest.

'Is there anybody present from the government's side. We will issue notice,' the bench said.

When advocate Shashank Deo Sudhi, appearing for another petitioner and former BJP MLA Nand Kishore Garg, urged the bench to pass some direction, the court said, 'It can't be done ex-parte'.

Advocate Mehmood Pracha told the court that he wants to intervene in the matter on behalf of Bhim Army chief Chandrashekhar Azad.

'Do whatever you feel proper,' the bench told Pracha.

At the fag end of the hearing, when Sudhi insisted that some directions may be passed as people are facing inconvenience due to the blockade of public roads, the bench said, 'If you have waited for over 50 days, wait for some more days.'