Seven dead in car accident on Yamuna Expressway in Mathura 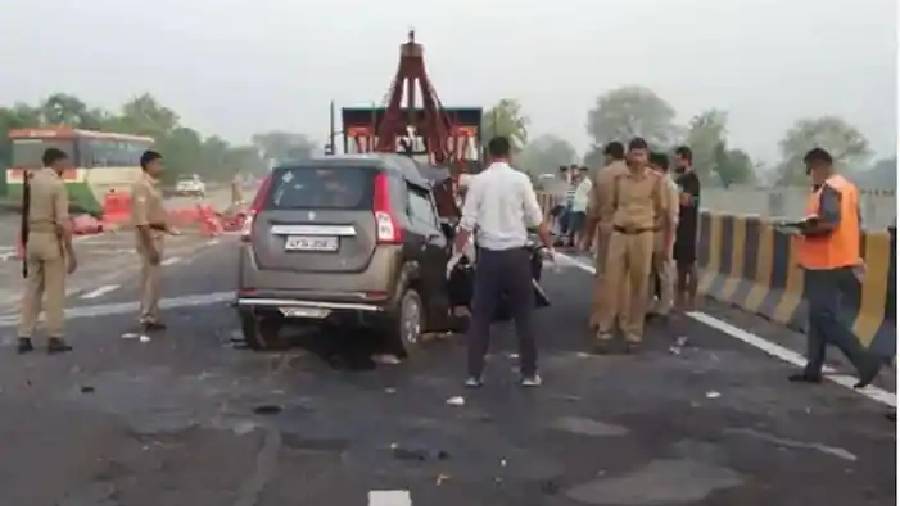 Seven members of a family died and two were injured in a car accident on the Yamuna Expressway here on Saturday morning, police said.

The deceased were returning to Noida from Hardoi after attending a marriage function when their car collided with an unknown vehicle around 5 am, they said.

Superintendent of Police (Rural) Shrish Chandra said the victims hailed from Sandila in Hardoi district and were going towards Noida, where they live.

A vehicle in front of the car appears to have applied brakes all of a sudden neat the Bajna cut on the expressway which may have caused the accident, the police said.

"Since the car was moving at a high speed, seven people died on the spot itself, while two were seriously injured," Chandra said.

Adityanath directed the administration to provide adequate treatment to those injured.

The bodies of the deceased have been sent for post-mortem examination, and their family members have been informed, the police said.

The injured were first admitted to a community health centre, and then sent to the district hospital, from where they were referred to the SN Medical College in Agra.

A crane was used to remove the damaged vehicle from the accident spot, the police said, adding that a probe is underway.