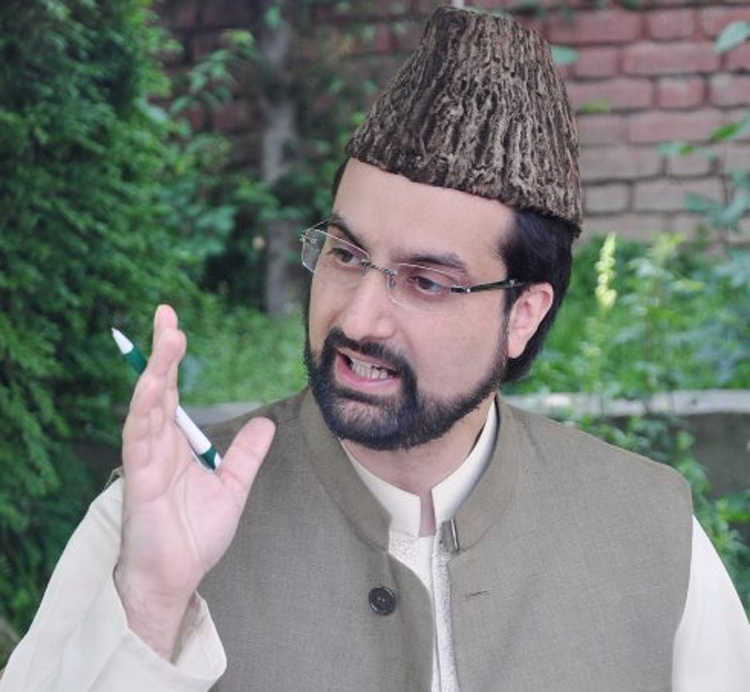 Too busy fighting for azadi all these decades, the separatists have eventually woken up to the drug epidemic sweeping the state.

Hurriyat dove Mirwaiz Umar Farooq has drafted in the ulemas (Islamic scholars) and imams (prayer leaders) to launch a grassroots campaign against substance abuse. They have been asked to use their mosque pulpits to spread awareness against the threat.

Jammu and Kashmir has been rocked in recent months by a spate of deaths attributed to drug overdose, such as those of two youths last week in Anantnag.

A recent survey by the Union ministry of social justice and empowerment said that 4.9 per cent of the state’s population, or around six lakh people, had been abusing opioid drugs. Opioids are a class of drugs that include the illegal heroin and the medicinal morphine.

The report put Jammu and Kashmir at number five among the states in terms of opioid abuse, with neighbouring Punjab topping the list.

On Wednesday, the Mirwaiz organised a daylong seminar on drug abuse at his party headquarters in Srinagar, where ulemas and imams received a lecture from experts on the “opioid epidemic” in the state.

The Mirwaiz said that both young men and young women were falling prey to drugs and stressed that “the issue needs to be addressed by one and all to save our future generations and our society”.

On Friday, the separatist leader tweeted that the gathering had discussed various suggestions and that panels had been formed to take the campaign forward, along with the battle against domestic violence.

In recent weeks, the Mirwaiz has focused on the drug menace in some of his Friday speeches at the Valley’s main Jamia Mosque in Srinagar. Governor Satya Pal Malik recently praised him publicly for his effort.

The separatists seem to have been jolted out of their sleep by surveys like the one sponsored by the Union ministry, titled “Magnitude of substance use in India” and prepared by the National Drug Dependence Treatment Centre at the All India Institute of Medical Sciences, New Delhi.

According to the study, people of the state are abusing opium derivates such as “doda, phukki, poppy husk, heroin, brown sugar, smack and pharmaceutical opioids”. While “doda” and “phukki” refer to the opium poppy husk, “brown sugar” and “smack” are street slang for heroin.

“The actual number could be more. Our hospital was part of that household survey (by the Union ministry) during which we provided people with a questionnaire, asking whether they were abusing such-and-such drug. You won’t expect every addict to reveal that,” he told The Telegraph.

Dr Rather said the most worrying part of the drug menace in Kashmir was that more and more youths were taking to heroin, which poses a risk to life.

“Before 2016, five to 10 per cent of the patients (drug addicts) visiting our hospital for treatment would be consuming heroin or brown sugar, which has to my utter surprise shot up to around 90 per cent this year,” he said.

He said the ulemas and imams can play a huge role in fighting the trend.

“People need to be told that alcohol consumption alone is not a sin in Islam, substance abuse too is. They are the best people to spread awareness that any type of intoxication is forbidden in Islam,” he said.